As many regular blog readers will know, we have a great team of members who
organise the fantastic content you read on the blog every week. As we go into
the New Year, we thought it was time to give them a chance to introduce
themselves properly so you can see who to contact if you’d like to contribute
to the blog or to be featured on it during the coming year. So, without further
ado… 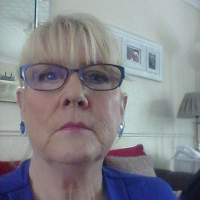 Sheila joined the RNA in 2004 as a new writer. Since then she has written best-selling sagas as Annie Groves. She’s a member of the North West Chapter of the RNA and loves to catch up with writer friends at the regular Southport lunches. Sheila is also starting a new feature this year called Hints and Tips for Newer Writers
The new email address for monthly publications is:

Ellie Holmes writes commercial women’s fiction with her heart in the town and her soul in the country. Ellie’s debut release was The Flower Seller. A member of the Romantic Novelists’ Association and the Alliance of Independent Authors, Ellie’s latest book, White Lies is out now.
Amazon
Twitter
Website
Facebook 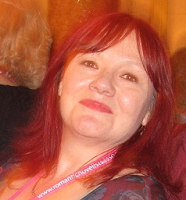 Francesca Capaldi Burgess has been placed or shortlisted in a
number of competitions including Winchester Writers’ Conference, Retreat West, Meridian Writing, Wells Festival and Writing Magazine. She’s had stories and a serial published in magazines worldwide and in three anthologies, including Diamonds and Pearls and 100 Stories for Haiti. She is a member of the RNA New Writers’ Scheme and the Society for Women
Writers and Journalists. 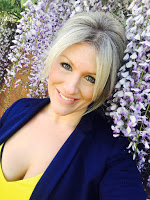 Lisa writes contemporary romance with a light-hearted tone.  What interests her most is people, their interactions, emotions and relationships.  It’s probably why her career to date has been based in property; she confesses herself that she is ‘naturally curious’. Her first encounter with a romance author was chats over the garden wall between her father, Godfrey, and Mrs Cooper from the neighbouring village of Bisley.  It came as quite a surprise in later life to find that Mrs Cooper was in fact Jilly Cooper!  Lisa’s writing inspiration now comes from other Cotswolds’ authors including Jill Mansell and Katie Fforde.

Lisa is a graduate of the Romantic Novelists’ Association New Writers’ Scheme and attributes this supportive and informative scheme to her winning the Choc Lit Search for a Star competition 2016 with her debut novel Meet Me at Number Five.

Julie Stock – News items and everything else!

Julie writes and indie publishes contemporary romance novels, novellas and short stories from around the world. To date, she has published two novels, and has two novellas and another novel planned for this year.
She is now a full member of the RNA, The Society of Authors, and The Alliance of Independent Authors. Julie recently took over as RNA Social Media Co-ordinator and is looking forward to working with the team to keep the blog sparkling in the months to come.
Twitter
Facebook
Website
Amazon

Thanks for all your support for the blog. We look forward to working with many of you once again in 2018!