Helen J Rolfe – Snowflakes and Mistletoe at the Inglenook Inn

As the flames on the log fire flicker and the snowflakes swirl above the New York streets, maybe this Christmas could be the one that changes everything…

When Darcy returns to Manhattan, she’s put in charge of the Inglenook Inn, a cosy boutique hotel in the heart of Greenwich Village. The Inn needs a boost in bookings if it’s to survive the competition, so Darcy is convinced that hosting Christmas this year is the answer. What she doesn’t expect is to meet a face from the past, which can only spell trouble.

Myles left England behind and took a job in New York. It’s a step forward in his career and has the added bonus of being nowhere near his family. He’s also hoping to avoid Christmas, the worst time of the year. But when his company puts him up at the Inglenook Inn and he recognises Darcy, it isn’t long before they clash.

When disaster strikes, can Myles and Darcy put their differences aside to make Christmas at the Inglenook Inn a success?

Rachel Brimble – A Stranger In The Cove

Mac Orman is on a mission. When he discovers his recently deceased father had been searching for his birth mother, Mac aims to finish the job by finding the grandmother he never knew.

His quest leads him to Templeton Cove – and a firecracker of a woman who instantly jump-starts his tortured heart. For Mac, Kate Harrington is the most tempting kind of distraction. But their sizzling connection comes with a side of suspicion for Kate, who doesn’t trust this brooding stranger in her town.

Mac arrived with no plans to stay, but as he falls for Kate, he wonders how he could ever possibly leave.

Following her broken engagement, Eira Campbell quits her job and visits an old friend who lives on Mallorca. This holiday leads to a life-changing encounter with millionaire entrepreneur Danny Carpenter.

His children need a new nanny and Eira accepts Danny’s job offer. Fighting her growing attraction to her boss, she offends the family chauffeur by rejecting him but calamity strikes when Danny is set up and taken into custody.

Many envy the businessman’s luxury lifestyle but the chauffeur’s disappearance makes him the prime suspect. Eira, by now deeply in love with her boss, uses every means within her power to clear Danny’s name, enabling him to walk freely into the future.

A grim discovery brings DCI Lockwood to Gimmerton’s Heights Estate – a bleak patch of Yorkshire he thought he’d left behind for good. There, he must do the unthinkable, and ask questions about the notorious Earnshaw family.

Decades may have passed since Maggie closed the pits and the Earnshaws ran riot – but old wounds remain raw. And, against his better judgement, DCI Lockwood is soon drawn into a story. A story of an untameable boy, terrible rage, and two families ripped apart. A story of passion, obsession, and dark acts of revenge. And of beautiful Cathy Earnshaw – who now lies buried under cold white marble in the shadow of the moors.

A year of taking chances…Mia is finally putting the past behind her and pouring all her savings into renovating a crumbling guesthouse in peaceful Butterfly Cove. But when her first guest, Daniel Fitzwilliam, arrives it’s soon clear that the tranquil seaside village has a few surprises in store!

Kiki is hoping for a fresh start after her marriage falls to pieces – and her sister’s guesthouse by the sea is the perfect escape. Yet when Aaron Spenser offers to share his cottage until she’s back on her feet, she realises she may have found more than just a new home…

Nee knows that returning to Butterfly Cove means facing Luke Spenser, the man she impulsively married, then left in the middle of the night. Running away was the biggest mistake of her life – but could coming home for Christmas be the best decision she’s ever made?

When Finn Carlisle loses his wife and unborn child, he spends a few years travelling to keep the sad memories at bay. Just as he’s ready to settle down again, his great-uncle dies and leaves everything to him. This includes Heythorpe House in Ellindale just down the road from Leah Willcox and her little fizzy drink factory.

Finn finds a village of people in dire need of jobs, a house that hasn’t been cleaned or lived in for thirty years and Reggie, an eleven-year-old who’s run away from the nearby orphanage and its brutal Director, Buddle. When Finn sees the marks left by regular beatings, he decides Reggie will never go back there.

He can’t turn away two hungry young women from the village seeking jobs as maids, either, and they too need help with their lives. But Buddle has other plans for the child and will stop at nothing to get Reggie back in his cruel grasp.

Finn’s new neighbours help him save Reggie but other surprises throw his new plans into turmoil. 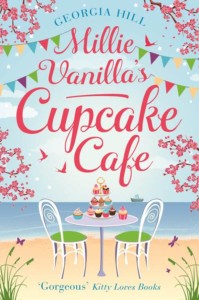 It’s all happening in seaside Berecombe! Millie’s café business is facing disaster when a multi-national opens up. She bakes up a storm to save her café – but is distracted by gorgeous Jed.

Millie’s delighted as her friends gradually find love but Jed’s been keeping secrets, leaving her broken-hearted. She faces a new dilemma. Is it time to start over somewhere new?

Or is everything she’s ever wanted right here in Berecombe?

Natalie Kleinman – The Ghost of Glendale 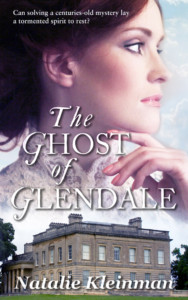 At twenty-four years old, Phoebe Marcham is resigned to spinsterhood, unwilling to settle for less than the deep love her parents had shared.

That is until adventurer Duncan Armstrong rides into her home wood, larger than life and with laughter in his eyes and more charm in his little finger than anyone she has previously known.

Far from ridiculing her family ghost, Duncan resolves to help solve the mystery which has left Simon Marchant a soul in torment for two hundred years.

Rachel Dove – The Long Walk Back

When army trauma surgeon Kate saves a man who doesn’t want to be saved,  they end up teaching each other what it means to give life – and love – a second chance.

The East End Angels – Frankie, Bella, and Winnie – are settled into life as ambulance crew members at LAAS Station Seventy-Five. The threat of air raids and other atrocities are a constant worry, but life continues regardless and the weight of responsibility weighs heavy on each of them.

Frankie’s grandfather is unwell and she promised him she would always look after Ivy, her step-grandmother, but things between the two women are becoming increasingly strained. And then Frankie discovers something that turns everything she thought she knew about herself on its head.

Winnie’s natural leadership puts her at the forefront at the station and she’s soon making the difficult decisions on call-outs. As she is exposed to a higher level of war and destruction, she begins to wonder how much more London can take –  and how much more can she take?

Bella is beginning to drive the ambulances, she is growing closer to James and her love for writing is opening up new doors for her. Then she receives devastating news about someone close to her and things begin to unravel.

Life and war may keep testing the angels but love will always find a way to shine and the strength of their friendship will see them through the darkest of times.

Emma Nightingale finds she’s accidentally becoming something of a local celebrity in the small town of Crickleford, and it seems that everyone wants her to look after their pets.

While looking after a hamster, she accidentally uncovers a mystery that threatens to draw even more attention to her.

With nowhere to turn, soon Emma will have to make a decision that could cost her everything… 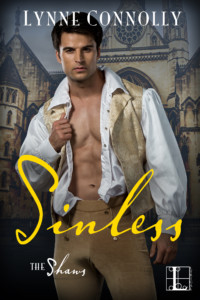 Lord Darius Shaw has never been in love before. But when he renews his acquaintance with lawyer Andrew Graham in a raid on a molly house, where men meet men for forbidden pleasure, they discover mutual feelings as deep as they are dangerous. For while society will turn a blind eye to an aristocrat’s transgressions, Andrew has far more at stake. The son of city merchants, Andrew has a disastrous marriage in his past, and a young daughter to support. He could lose his livelihood, his reputation and even his life—and drag Darius down with him.

Darius and Andrew’s only choice is to deny the true nature of their relationship. But when an enemy Italian spy threatens their secret – and their futures – the two set out to catch him. And in the process they are forced to face their desires – and make a life-changing decision.

Raoul Cardini will have his revenge! His preferred method? Ruthless, irresistible seduction!

Imogen O’Sullivan is horrified when charismatic tycoon Raoul breaks up her engagement and makes her his own convenient bride! She once surrendered everything to Raoul—body, heart and soul. But as he stalks back into her life it’s clear he has punishment in mind—not just passion!

Jill Mansell – This Could Change Everything 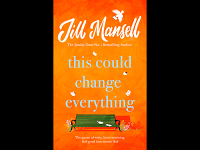 On the one hand, if Essie hadn’t written that letter – the one that only her best friend was meant to see – then she’d still be living like an actual proper grown-up, tucked up with Paul in his picture-perfect cottage, maybe even planning their wedding…

On the other hand (if her true feelings hadn’t accidentally taken the internet by storm, that is) she wouldn’t have moved into the attic flat on the square. She would never have met Conor. Or got to know Lucas…

And she wouldn’t have found herself falling in love with someone she really, really shouldn’t fall in love with…

Elsa has recently fulfilled two ambitions – to open her own café on the seafront at Heronsburn, and to learn to ice skate at the local rink. But her life is turned upside down on the day she takes part in her first competition and bumps into her teenage sweetheart, Daniel, at the ice rink.

There is still a spark between them, but she is torn. Is she opening herself to having her heart broken again? What’s more, Daniel might have something to do with the sinister goings on at the ice rink, which started around the time he became involved in its running. Can Elsa keep her cool and prevent herself from falling on ice?

As she prepares for her wedding to Dominic, Catherine has never been happier or more excited about her future. But when she receives an anonymous package – a familiar snow globe with a very grisly addition – that happiness is abruptly threatened by secrets from her past.

Her older sister, Rachel, died on a skiing holiday as a child. But Rachel was no angel: she was vicious and highly disturbed, and she made Catherine’s life a misery.

Catherine has spent years trying to forget her dead sister’s cruel tricks.  Now someone has sent her Rachel’s snow globe—the first in a series of ominous messages…Someone out there seems intent on tormenting her.

But who? And why now? The only alternative is what she fears most. Is Rachel still alive?

The new releases list is compiled by Sheila Riley. Sheila joined the RNA in 2004 as a new writer. Since then she has written best-selling sagas as Annie Groves. She’s a member of the North West Chapter of the RNA and loves to catch up with writer friends at the regular Southport lunches.

The new email address for monthly publications is:

Please use the following format when sending details of your new release to Sheila:

Author Name and Name of Title

Publisher (Whether traditional or independent)