Welcome to the RNA blog, Hannah, and congratulations on being one of the contenders for this year’s award. How long have you been writing? Is this your first published piece? 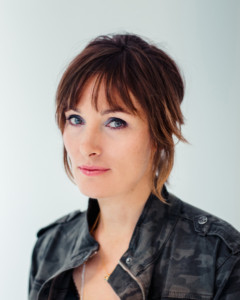 I committed to writing novels about ten years ago. I bought a tiny laptop that I wrote on every morning during the commute to work on the number 73 bus. I have had a few articles published but ‘Mother’ is my debut novel.

I was a member of the NWS for eight years and submitted most years. It was a useful deadline and a very reliable source of objective feedback that I really learnt from. Starting out can be a lonely experience, but the NWS gives you a true sense of both companionship and proximity to expertise as you learn your craft and find your voice.

I sent out a partial manuscript to agents first because I wanted my agent to be part of the process from an early stage. I used to be an agent (albeit for screenwriters and comedians) and the thing I enjoyed most was developing clients and their work right from the beginning. There’s something very special about having someone in your life who understands where your work has come from and how it has evolved over time: like the professional equivalent of an old friend, you don’t have to go into a whole load of backstory every time you see them!

If you do have an agent who is it that represents you? (only answer if you have both!)

Veronique submitted a full manuscript to a few publishers and it was bought by Harper Collins last summer. Before the sale I had an initial conversation with my now-editor, Martha Ashby, and it was like finding the editorial counterpart to the writer in my head. It felt very natural and yet challenging in the best possible way.

When will your book be published? 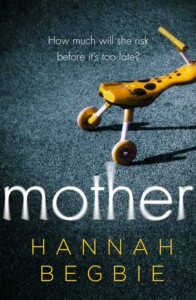 My youngest son was diagnosed with a genetic illness called cystic fibrosis at five weeks of age. It was a shock and we had a lot to learn, not least how to protect his lungs from the infection-causing bacteria that might progress the illness.

Initially I wrote through the experience in the form of diaries then one day the entries morphed into fiction. A few months later I started working on an idea for a romance. Initially I wanted to write a Romeo and Juliet type thing and was looking for something non-religious and non-political to keep the couple apart. That’s when I considered the danger of infection in cystic fibrosis and came up with the foundations of Mother: what if you met someone you were attracted to – fell in love with, even – but every time you saw them it put your child at mortal risk of infection?

Mother tells the story of Cath whose life begins to implode after her child’s diagnosis with this deadly illness. Her despair takes her to a parental support group where she meets a father in a similar situation, the dangerously attractive and charming Richard. He tells her that a cure for their children lies just over the horizon: everything she wants to believe.

As Cath falls headlong into their affair, she must question which of her many identities – woman, wife, mother, lover – must take precedence if her marriage – and her daughter – will survive.

The idea for my next book and a comedy play.

Probably the same three key bits of advice the RNA has drummed into me over eight years which are: Amidst despair, always have hope (Joanna Trollope’s address at the 2010 conference). Write every day, even if your life is over-crowded with other things (JoJo Moyes talk in Cavendish Square) and finally, crucially: Believe in yourself and finish that draft (Eileen Gallagher, RNA conference 2015 when an otherwise hopeful piece of my writing lost its chance of being considered for the Elizabeth Goudge trophy because I failed to pay the full postage on account of my belief that it wouldn’t place anyway. So my entry arrived too late to even be considered. My entry with Eileen’s words ‘would have been a contender’ is on the wall of my study to this day.)

Find out more about Hannah:

Congratulations, Hannah, on graduating from the New Writers’ Scheme. Wishing you all the best in your career.