Welcome to the RNA blog, Mick, and congratulations on being one of the contenders for this year’s award. How long have you been writing? Is this your first published piece?

I’ve been writing seriously for coming up to six years and yes, this is my first published piece. I never planned to write a book at all, this writing lark kind of came out of nowhere. 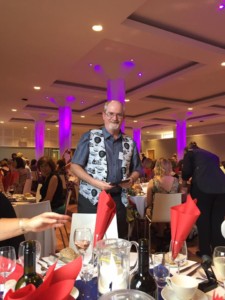 I joined the NWS scheme in 2013 and submitted either a full or a partial manuscript all bar one year, including ‘The Season for Love’.

Publisher. I had tried to find an agent and hadn’t actually tried sending off to publishers. Silly really.

I came across a link online for a website called Savvyauthors and sent a three-line pitch to an event they hold where publishers in the USA do a sound out for unpublished authors.

One. Though I am working on that elusive second one. 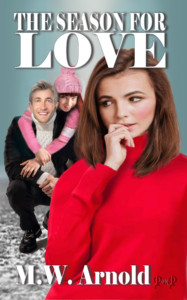 Tell us something about your book.

It’s easiest if you read the three-line pitch which sold it – Believing she was responsible for the death of her husband, Chrissie Stewart retreats from all those who love her. A chance meeting with mysterious single-parent Josh Morgan becomes the catalyst that enables Chrissie to turn her life around. Twists and turns abound before everything comes to a head on Christmas Day which goes to show this is truly The Season for Love.

‘The Season for Love’ was the second book that I’d written after becoming inspired to start writing after reading ‘The Xmas Factor’ by Annie Sanders in 2012 and the idea occurred whilst driving home. I knew where it was going to end (it actually did!) and the first chapter, but apart from that, there was no planning involved.

My WIP is titled Knicker Shopper Glory and centres around a lady who gets dumped by her boyfriend on the same day she discovers she has Ulcerative Colitis. Independently wealthy, she sets off for a new life in Wales running a toll bridge but as her illness gets progressively worse, she decides to use her design skills to setup an online shop for lingerie aimed at those women who have the same debilitating disease.

Probably the same as everyone – don’t give up; write whenever you can; read as much as you can, especially in the genre you wish to write in; take any and all advice from the NWS you can, they know their stuff; campaign for the National Drink to be Prosecco!

Congratulations, Mick, on graduating from the New Writers’ Scheme. Wishing you all the best in your career.