We are delighted to introduce you to the seventeen authors contending for the coveted Joan Hessayon Award in 2018. Before the winner is announced at the RNA’s Summer Party in Oxford in May, you can find out more about each of the authors here, starting with Susanna Bavin today.

Welcome to the RNA blog, Susanna, and congratulations on being one of the contenders for this year’s award. How long have you been writing? Is this your first published piece? 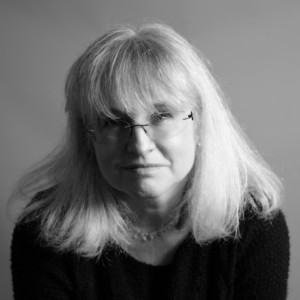 I was a child writer, so I have been writing all my life, but for most of that time I didn’t submit anything to agents. Actually, I got rather hooked on getting feedback. I worked with Hilary Johnson and her readers for some time, then I decided I would like a wider range of feedback, leading ultimately to publication, and that was when I joined the RNA.

How many years were you a member of the New Writers’ Scheme and did you submit a manuscript each year?

I put three books through the NWS, though there was one year when I didn’t submit anything because that particular book took too long to write. I wanted to have three or four books completed before I approached any agents, so as to have a body of work to offer.

Agent, definitely. I didn’t submit to any publishers.

If you do have an agent who is it that represents you?

I am enormously lucky to be represented by Laura Longrigg at MBA.

The beauty of having an agent is that they do that for you. MBA introduced me in their pre-Frankfurt newsletter and Lesley Crooks at Allison & Busby immediately asked if she could read The Deserter’s Daughter when it was ready.

My contract with Allison & Busby is for two books. Originally they wanted The Deserter’s Daughter plus first refusal of my next novel; but then they asked to see a synopsis of book 2 and bought it on the strength of that.

It was published in hardback and e-book in June 2017, with the audio version being released in November 2017. The paperback comes out in May 2018, as does the large print edition. 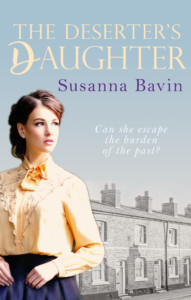 The Deserter’s Daughter is a saga set in 1920s Manchester. It follows the lives of two half-sisters, who are very different not only in their personalities but also in their social standing, as they strive for respectability after their late father is revealed as having been a deserter.

At the time of writing, I have just finished working on the copy-edits for my next saga for Allison & Busby, A Respectable Woman, which will be published in June.

Take it on the chin! Criticism can be hard to take, but be open-minded and give it serious thought.

Find out more about Susanna:

Congratulations, Susanna, on graduating from the New Writers’ Scheme. Wishing you all the best in your career.