Today we welcome Morton S Gray to the blog. Morton’s second novel, The Truth Lies Buried, is released on 1st May 2018 with Choc Lit. It’s the second in the Borteen Secrets series, so I will be keen to know if we’re going to be reunited with some of the characters we met in her first novel, The Girl on the Beach. Before that, however, Morton discusses her experience of writing a second novel. 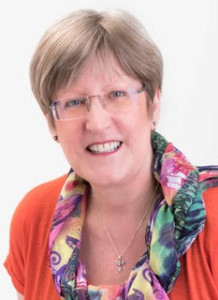 Hello and thank you for having me on the RNA blog. People always ask writers what inspired their book and there is usually a catalyst that sets in motion the process of writing a novel and inspires the overall plot. My second novel for Choc Lit is called The Truth Lies Buried and actually began life during an RNA conference workshop. It was run by Linda Gillard in 2011 and was aimed at improving description. The picture I chose to describe was a picture of a wooden castle amongst trees and this became Tree Tops, the home of my hero, Carver Rodgers.

Inevitably, I find that my own life experiences leak into the detail of a book. If you read The Truth Lies Buried which is published on 1 May 2018, you might like to see if you can spot references to the following strange things that ended up in Book Two.

About the time I was completing the novel for submission, a dustbin lorry crashed into our house and my car. If you saw the quiet cul-de-sac in which we live, you’d realise what a freak accident this was. There was a considerable amount of damage and months of disruption as the front of the house was rebuilt, so I felt it appropriate to make reference to the offending vehicle even if it is out of context. You’ll have to read the book to see how I got my own back.

I was looking for a hobby for my hero and remembered a weekend course I once went on to learn to play the bodhran (an Irish drum). At the time, I was completely out of my comfort zone as it was my friend who really wanted to go on the course, but I had a wonderful weekend. The tutor was worthy of a place in one of my books too, but that is for another time … another book.

Having traced family trees for many years, I well remember speaking to a lady at Shrewsbury Record Office who sheepishly admitted that she was trying to research the identity of the ghost in the house she’d just moved to. This seemed like an ideal case for my heroine when she is working in the archives office.

I was brought up on these sayings – ‘Stir with a knife, stir up strife’, ‘sing before breakfast, cry before teatime’, ‘always a bridesmaid, never a bride’. I didn’t use these actual ones in the book, but I used a lot of others to help my heroine remember her late mother.

The One That Got Away

One thing had to be taken out of the book after a rather weird experience. I wrote about an incident which happened to one of my classmates at secondary school in the dim and distant past, attributing it to one of my minor characters. Within a week, this former classmate, who I had not seen for more years than I care to remember, got in touch with me on Facebook and then in real life. It was just as if I had conjured her up by writing those lines. I knew if she read the passage and was aware I’d written it, she would know it referred to her, so I chose to remove it.

On one holiday in Devon, my son and I had the chance to have a go at metal detecting. The owner of the cottage we were staying at lent us his metal detector and gave us lessons on how to use it. I’m sure there was method in his madness (see, another saying), as his own newer machine showed him which type of metal was in the ground, whereas ours was more basic. I swear he was using us to clear the field of all of the old bolts, screws and horseshoes, so that he could find the more exotic things. He showed us a clock face he’d found – you’ll have to read the book to see how that fits in.

Thanks, Morton, how spooky is it that your Secondary School friend got in touch when you wrote about her?!

And onto your forthcoming release The Truth Lies Buried. We’re back in Borteen; I need to know – are we going to see any characters still residing in Borteen?

If you have read The Girl on the Beach you will definitely recognise Mandy Vanes (she will get her own book soon). We meet many more of the inhabitants this time and most of them will appear again in future books.

Borteen Secrets are both romantic suspense novels and Girl on the Beach has a beautiful balance between the developing love story and the underlying, nagging worry that something unpleasant is going to unfold. What one tip would you give to keeping that balance at the forefront when writing?

Thank you for saying this. I wish I could say I planned it, but the truth is I’m most definitely a pantser when it comes to writing, the story just unfolds out of my head, almost as if it downloads from the ether.

Do you have plans to write another novel in the Borteen Secrets series?

The next book in the Borteen Secrets series is already with my publisher and another is almost complete. There will be at least another three after this, the characters for which are seeded in The Truth Lies Buried.

Thank you again, Morton, for your time on the blog today and an interesting insight into writing a sequel. 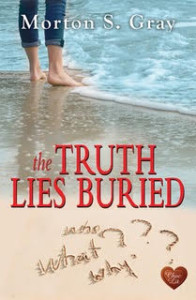 Two children in a police waiting room, two distressed mothers, a memory only half remembered…
When Jenny Simpson returns to the seaside town of Borteen, her childhood home, it’s for a less than happy reason. But it’s also a chance for her to start again.
A new job leads to her working for Carver Rodgers, a man who lives alone in a house that looks like it comes from the pages of a fairy tale – until you see the disaster zone inside …
As Jenny gets to know Carver she begins to unravel the sadness that has led to his chaotic existence. Gradually they realise they have something in common that is impossible to ignore – and it all links back to a meeting at a police station many years before.
Could the truth lie just beneath their feet?

The Girl on the Beach

Morton lives with her husband, two sons and Lily, the tiny white dog, in Worcestershire, U.K. She has been reading and writing fiction for as long as she can remember, penning her first attempt at a novel aged fourteen. She is a member of the Romantic Novelists’ Association and The Society of Authors.

Her debut novel The Girl on the Beach was e-published in January 2017, after she won Choc Lit Publishing Search for a Star competition. The story follows a woman with a troubled past as she tries to unravel the mystery surrounding her son’s headteacher, Harry Dixon. This book is available as a paperback from 10 April 2018.

Morton’s second book for Choc Lit The Truth Lies Buried is published as an e-book on 1 May 2018. Another romantic suspense novel, the book tells the story of Jenny Simpson and Carver Rodgers as they uncover secrets from their past.

Morton previously worked in the electricity industry in committee services, staff development and training. She has a Business Studies degree and is a fully qualified clinical hypnotherapist and Reiki Master. She also has diplomas in Tuina acupressure massage and energy field therapy. She enjoys crafts, history and loves tracing family trees. Having a hunger for learning new things is a bonus for the research behind her books.

Lisa Hill writes contemporary romance with a light-hearted tone.  What interests her most is people, their interactions, emotions and relationships.  It’s probably why her career to date has been based in property; she confesses herself that she is ‘naturally curious’. Her first encounter with a romance author was chats over the garden wall between her father, Godfrey, and Mrs Cooper from the neighbouring village of Bisley.  It came as quite a surprise in later life to find that Mrs Cooper was in fact Jilly Cooper!  Lisa’s writing inspiration now comes from other Cotswolds’ authors including Jill Mansell and Katie Fforde.
Lisa is a graduate of the Romantic Novelists’ Association New Writers’ Scheme and attributes this supportive and informative scheme to her winning the Choc Lit Search for a Star competition 2016 with her debut novel Meet Me at Number Five.
Twitter
Facebook
Website
Share this
1 like
Related Articles
1 Comment