Today we welcome veteran romantic novelist Elaine Everest to the blog talking about her latest release, Wartime at Woolworths. This is Elaine’s fourth novel in the Woolworths’ series and with her success in series writing and her wealth and knowledge as a freelance writer and author, I am keen to know to what she contributes her continuing success. 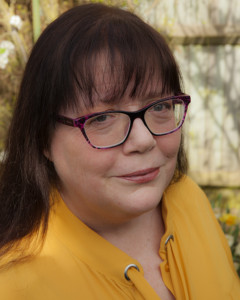 Thank you so much for inviting me to the RNA blog today. One of my favourite blogs, but I would say that!

The Woolworths Girls, the first in your Woolworths series, hit our shelves in 2016; where did the inspiration to travel back in time and use the setting of Woolworths come from?

Historical sagas are set in the past and my first venture into Sagaland was with Gracie’s War, the book with which I graduated the New Writers’ scheme. I’d set this in a village close to where I grew up so when the idea for a news story started to grow I thought, why not use the town where I grew up? I know the history and also where to set the girl’s home as I lived in that house when I first married in the early seventies. It was while thinking of where my girls should work that I came up with Woolworths.

The Woolworths series follows the lives of Maisie, Freda and Sarah. When you started writing the plot, did you envisage their stories continuing after the first novel and what tips do you have for anyone intending to write a series?

There were no plans for a series. In fact if there had been I’d have covered a short period of time. I was very fortunate that readers took the girls to their hearts and my publisher, Pan Macmillan, asked for another book… then another…

My first tip would be to ask your publisher if there is the smallest chance of one book becoming a series and keep something back for the next part of the story. The book I’ve just finished writing, for November publication, takes the story to the end of WW2 and for me that signalled the end for my girls. I was extremely sad about this and held off writing the final chapters as I knew I’d be saying goodbye to them. However, the late forties beckon and then we have the 1950s so I’ll not be saying goodbye just yet. In between there is a new book/series, which I am excited about and hope my readers will be too.

As well as your novel writing, you’re also a freelance writer and have been published with non-fiction work in relation to dog owning. Tell us how your writing career has evolved.

I’ve been a freelance writer for over twenty-one years and it was because of my dogs that I first started working from home. In my mind no one should ever have a dog and leave it alone to go to work each day, so I’d been planning a new direction in my life for a while when I decided I wanted more dogs in my life. At that time I was breeding, exhibiting and working on canine committees as well as dabbling with my writing, which at that time was mainly short stories. I edited my breed club’s magazine and decided to pitch article ideas to pet publications, and see if I could be paid for my writing, which would be a novelty. I was beyond excited when I began to receive commissions. Working full time from home meant I concentrated more on treating my writing as a proper job, which fortunately I’ve been lucky to do for many years. I’ve embraced all writing and never refuse a commission which meant writing for daily newspapers, magazines, and trade publications covering everything from pets, antiques and collectibles to female problems, ghosts and family history. Commissions for non-fiction books followed and I became busier selling short stories to the women’s magazine market. I was also a shareholder and commissioning editor for a trade publication. All through that time I was playing with ideas for novels, working on different genres and entering competitions where I was quite successful. I realised there was no rush to be a novelist and enjoyed the time I spent writing and learning.

And onto your latest release: 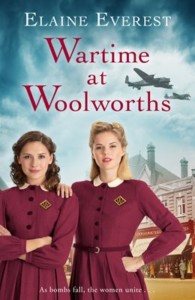 The Woolworths girls have come a long way together . . .

Fun loving Maisie, is devoted to her young family and her work at Woolworths. But her happy life with her RAF officer husband and their baby daughter leads her to think of the family she left behind . . . With the war now into its fourth year, what will she find when she sets about searching for them?

Sarah and her husband, Alan, are blissfully happy and long for a sibling for their daughter. But dark days lay ahead for this close family. Freda heads home to Birmingham, to go in search of her family, back to the life she fled – far from the safety of Woolworths and her new friends.

With families separated by war, will the Woolworths girls be able to pull together?

Now into one of the darkest periods of the Second World War, did you have to change the mood of the novel to reflect where the characters had come from earlier in the series?

Yes, there have been many light and dark periods in my books. As my setting was a real place I did find at times that local war history was low on the ground so relied on my characters’ lives to create the conflict. I never wanted to invent an air raid or incident to enhance my stories. Thankfully life went on for these characters and that alone gave me scope for storytelling.

How much research goes into your novels? Woolworths no longer exists and I would imagine that setting a novel during wartime would demand a need for accuracy, especially for your readers who can still remember that period of time.

I had so many timelines for the Woolworths books. One was WW2 in general and another local history. Next there was Woolworths as I had to follow how the store would have coped during times when staff were called up for war work and shop stock was low. Finally, I had the plot timeline around which everything else had to weave. It felt like knitting a Fair Isle sweater at times!

Thank you again, Elaine, for some truly great answers. It’s fascinating to see how The Woolworths’ Girls came into being and, as someone about to embark on a sequel, some invaluable nuggets of advice too.

Thank you for your most interesting questions, Lisa.

Elaine Everest, author of bestselling novels The Woolworths Girls, The Butlins Girls and Christmas at Woolworths was born and brought up in North West Kent, where many of her books are set. She has been a freelance writer for twenty years and has written widely for women’s magazines and national newspapers, with both short stories and features. Her non-fiction books for dog owners have been very popular and led to broadcasting on radio about our four legged friends. Elaine has been heard discussing many topics on radio from canine subjects to living with a husband under her feet when redundancy looms.

When she isn’t writing, Elaine runs The Write Place creative writing school at The Howard Venue in Hextable, Kent and has a long list of published students.

Lisa Hill writes contemporary romance with a light-hearted tone.  What interests her most is people, their interactions, emotions and relationships.  It’s probably why her career to date has been based in property; she confesses herself that she is ‘naturally curious’. Her first encounter with a romance author was chats over the garden wall between her father, Godfrey, and Mrs Cooper from the neighbouring village of Bisley.  It came as quite a surprise in later life to find that Mrs Cooper was in fact Jilly Cooper!  Lisa’s writing inspiration now comes from other Cotswolds’ authors including Jill Mansell and Katie Fforde.
Lisa is a graduate of the Romantic Novelists’ Association New Writers’ Scheme and attributes this supportive and informative scheme to her winning the Choc Lit Search for a Star competition 2016 with her debut novel Meet Me at Number Five.
Twitter
Facebook
Website
Share this
1 like
Related Articles
0 Comments