Welcome to the RNA blog, Elaine, and congratulations on being one of the contenders for this year’s award. How long have you been writing? Is this your first published piece? 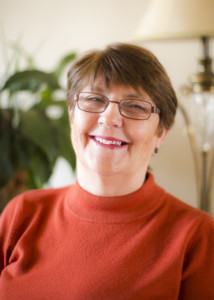 I have been tinkering with writing for many years, but in September 2012 my son decided to make it serious and found The Write Place creative writing class, near where I live. I didn’t want to let him down so I went along to it. I was absolutely terrified at the time, but haven’t looked back since. I had my first of many short stories published on the 1st March 2013. Probably like most writers, I have several completed manuscripts on my laptop, I say completed, but I think they all need massively editing now. The Foyles Bookshop Girls is my first novel to be taken up by a publisher and I’m delighted to be with Aria (Head of Zeus).

I joined the NWS in January 2013, when you had to be awake at midnight, so that’s five years. I submitted a completed manuscript every year. It was only two years ago that I changed genre, from contemporary to historical sagas.

I have gone straight to a publisher with my saga.

I have attended many RNA Conferences over the years and that is where, last year, I had a one to one with Rosie de Courcy, (Head of Zeus). She loved what she read and recommended I send it to Aria, which is the digital arm of the same company. Luckily for me, they loved it too.

I have signed a three-book deal with Aria and each book follows one of my three main characters.

My first book, The Foyles Bookshop Girls, will be published on the 1st June this year. It is already available on Amazon and Kobo for pre-order. 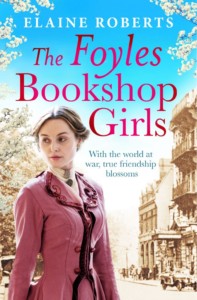 Tell us something about your book.

It’s 1914 and the threat of war with Germany hangs over the country.

There’s a strong bond between Alice, Victoria, who is heartbroken, and the vivacious Molly, which stems back to their childhood and continues as they work together in Foyles Bookstore.

When Alice’s underage brother, Charles, joins up, her boyfriend, Freddie, consoles her. He declares his love and wants to marry at the earliest opportunity, but her excitement is ripped away when he admits to signing up and leaves the following day.

Will love and friendships survive the trials, tribulations and the battles ahead?

I am writing the second book in the World War One saga, which will be called The Foyles Girls at War.

Don’t give up. Look on your time as an apprenticeship, hone your craft and make the most of the reports that are available to you every year.

Find out more about Elaine:

Congratulations, Elaine, on graduating from the New Writers’ Scheme. Wishing you all the best in your career.