Rachel Dove: It takes a village

Today we welcome Rachel Dove to the blog talking about writing a standalone novel versus a series and her experience of both. Winner of the Prima Magazine Mills & Boon Flirty Fiction Competition 2015, Rachel has now had 5 books published; very impressive in just three years! Her latest release, Nice Guys Finish Lonely, was released with Manatee Books last month. 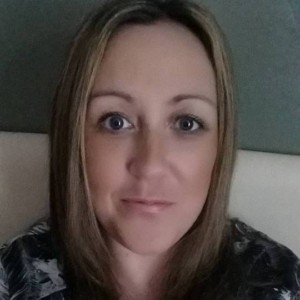 Hello, thanks so much for having me! I am still very much learning my craft, so when my debut book for Mills & Boon came out, and I was signed to HQ, the idea of a flower shop in the same village seemed like the logical next step. The reviews and response to the characters in Chic Boutique made me realise that people wanted more from Westfield, and I wasn’t ready to let go either. Westfield, to me, is a very real place, as I am sure other writers feel about their locations. The idea of leaving the villagers’ lives unfinished didn’t sit well, and so I am currently writing my fourth book in the series, commissioned by HQ Digital, Harper Collins. I feel grateful that my weird and wonderful villagers keep telling me their stories, but the continuity is hard too! You can’t chop and change people’s lives to fit a new narrative, so keeping comprehensive character profiles is a must for me, and I update them regularly.

When the ideas for The Long Walk Back and Nice Guys Finish Lonely came to me, their stories were different. The books were still character based, but the location wasn’t really a character on its own. The Long Walk Back is a deeper story, about a soldier, and we see him on the battlefield, and back home dealing with the aftermath of war. The location of war isn’t what is devastating, but what occurs there.

Rory from Nice Guys undergoes transformations of his own in terms of identity, though more light-hearted, but their personal journeys were the focus of the books. In the Westfield books, community is a huge part of their stories, acceptance, change, and the problems and advantages there are of living in a small town is very juicy when you are planning a book.

What’s my favourite? For me, the characters are the key. Every story leaves a mark on me, and it’s comforting to know that whilst it can take a village, going it alone is rather fun too.

My tips? Whether standalone or series writing, know your location. Research every aspect until your fictional or real location feels like walking around your own home.

Characters are key. The evolve, they disagree with your plans for them – keep character profiles, eye colour, scars, hang ups, favourite foods – get to know them before you mess with their lives.

Don’t be scared. Writing a novel series or standalone is exciting and daunting, and whatever your ideas, don’t let what you don’t know put you off. The research I did for The Long Walk Back around PTSD, combat injuries was very involved, but I learnt a lot. These stories need to be told, and organisations out there will often spare the time to help you get these stories out.

Whatever your plan, be flexible to change. I thought Chic Boutique was destined to be a standalone, and now I have four books, each weaving more into my little fictional village. Now all I need is a magic wand to go and live there in my retirement. Move over, Agatha!

Thanks, Rachel, some really great advice, especially for me as I am about to embark on writing a sequel!

And onto your forthcoming release. On her death bed, Rory Gallant’s mother told Rory to always be a nice guy. Now in his thirties, being one is not turning out hugely successful when it comes to finding love. I am privileged to have read an ARC of Nice Guys and I would like to know, what made you decide to write a romance novel a) from the hero’s perspective and b) putting beta males in the limelight?

I am a sucker for an underdog! I love writing from the male perspective, and really getting under their skin. Rory was a delight to create, and I dearly love him! There are lots of big alpha males out there, and having just written one myself in soldier Cooper in The Long Walk Back, I wanted to write about a character that wasn’t perhaps so secure in his own skin. Men are always told to ‘man up’ and this was in response to that narrative too.

Your Westfield series of novels have proved very successful; what do you prefer writing – standalone or series?

In all honesty, I never expected to write a series. When I wrote The Chic Boutique on Baker Street, I did think it would be a standalone, but the readers and the characters had other ideas! I have just finished writing the third in the series, The Wedding Shop on Wexley Street, and my publisher HQ Digital have asked me to write a fourth! I just love Westfield, and to be honest, I could write them forever now. I love the cross generational characters, exploring their relationships, and having fun while I do it. Wedding Shop is a bit of a caper, so I hope the readers enjoy it!

I think that writing standalones is easier in a way, because of the continuity issues. You have to remember characters and locations for series, whereas in a standalone the whole story is told. I was sad to finish Nice Guys though, and I think there would be scope for a sequel.

Like me, I know you are a busy mum as well as a busy writer, plus you are currently writing under two publishers! What’s next on your writing agenda and how do you try to get that writer-career-mummy-all-round-plater-spinner balance?

I work from home as a tutor too, and am currently doing my MA in Creative Writing, so it does get busy! I am currently writing a Christmas book for Manatee Books, set in Bridlington, and then the fourth book in the Westfield series for HQ Digital, which will be out summer 2019. It’s a little daunting at times, but I am so lucky and grateful to have contracted books and readers buying my books, so I make it work. I don’t use childcare as my children have SEN, and struggle with school for different reasons, so I work in school hours, when they are in bed sleeping, when my hubby takes them to football or the park. We all have busy lives and people to care for, so I guess it’s just being organised. Holidays are the trickiest because I want to be there for my kids, so I try to make the most of term time. With work, you get what you put in, same as everything else. I just want to keep writing books and getting better and better. My children are my priority though, so I do try to rein my ambition in for now!

Thank you again, Rachel, and as I keep telling you, I am not sure how you fit all in; you certainly have my admiration 🙂 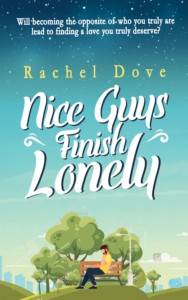 On her deathbed, Rory Gallant’s mother begs him to be a good man, and to not behave like his caddish father, Doug.

Now 35, Rory is all grown up – a good man, but lonely. He and his pal, Gill, are both on the look out for love, but when a barb from best friend Sarah hits home, they realise that perhaps it’s not the nice guys who always win….

Deciding to follow the cad dating rules, and with a bit of help from lothario Doug, Rory and Gill decide to become the complete opposite of the men they really are….but will they find the true love they deserve?

Rachel won the Flirty Fiction Mills & Boon/Prima magazine competition in 2015, and the Writers Bureau Writer of the Year award in 2016, and has had several books published with Harper Collins/Mills & Boon. She lives in Yorkshire with her young family and in addition to being an adult education teacher, she writes flirty, fun and heartfelt romantic fiction.