Today I am delighted to welcome RNA Vice Chair, Alison May, to the blog. Alison’s latest novel, All that was Lost, is released tomorrow, Thursday 6thSeptember 2018, with Legend Press. Here, Alison talks about the demands of publication day, but I am also keen to ask this talented author about her role within the RNA, co-writing and her take on Romance in the 21stCentury, ahead of the RNA’s event, in partnership with Goldsboro Books, tomorrow evening. 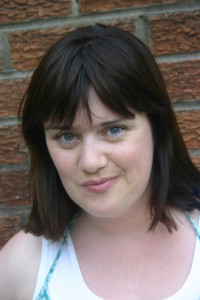 Publication days are a funny beast. In so many ways they are a milestone. Whether it’s your first, your fifty-first, or in my case my seventh, publication day they always represent the culmination of months, or years, of work. Work developing an idea, writing a draft, revising that draft, finding a publisher, or choosing a self-publishing approach, completing edits, looking at cover art, considering blurbs, and preparing promotion until finally this thing that started out as a half-formed ‘what if….’ all those months before is now out there in the world.

This is the moment where the story stops belonging to you and becomes the reader’s. That’s a brilliant moment, but it’s also a scary one. It’s a moment of letting go of something that you’ve lived with constantly for the preceding months. So publication days can be emotional things – triumphal, exciting, scary, but mostly, in my experience, a tiny bit anti-climactic. Because when it comes down to it on publication day the bulk of the author’s work is done. You’ll still have promotion and social media, but the book is finished. There’s nothing more for you to tidy or tweak, so the actual day of publication can feel a little bit underwhelming.

I always find that people ask me what I’m going for my publication day and the answer is invariably, ‘not much.’ Most of my friends and family are at work, so there’s not necessarily anyone on hand to celebrate with. And I’m deep into writing the next, or possibly the next but one, book so, as an author, you can feel a little bit disconnected from the book that’s coming out. And that’s a shame, because writing a book, editing a book, and shepherding it to publication are achievements which deserve to be celebrated. So hurrah and way-hey! And let the champagne flow (in very moderate amounts because it’s also just a Thursday and I do still have work to do).

Thanks, Alison, I totally agree that they are emotional days. I’ve also found mine to be a bit like an extra birthday, but I don’t become a year older, which is a major advantage!

And onto your forthcoming release, All that was Lost. 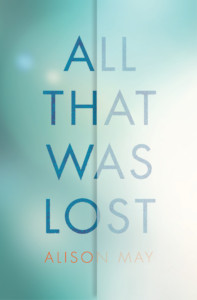 In 1967 Patience Bickersleigh is a teenager who discovers a talent for telling people what they want to hear. Fifty years later she is Patrice Leigh, a nationally celebrated medium. But cracks are forming in the carefully constructed barriers that keep her real history at bay.

Leo is the journalist hired to write Patrice’s biography. Struggling to reconcile the demands of his family, his grief for his lost son, and his need to understand his own background, Leo becomes more and more frustrated at Patrice’s refusal to open up.

Because behind closed doors, Patrice is hiding more than one secret. And it seems that now, her past is finally catching up with her.

May thrills in this English familial mystery, adding enticing plot layers as intricate and divisive as the themes she introduces.

All that was Lost marks a shift in your writing career from romance to women’s fiction. Can you tell me a little about how you have made that transition and what was the inspiration behind this story?

All That Was Lost is based on the seed of an idea I’ve had for years – back before my first romantic comedy was published actually. It’s a funny thing really. Lots of writers write in lots of different styles before they’re published, but as soon as you sign your first contract the expectation from publishers and readers is often for more of the same. So the idea that became All That Was Lost shifted onto the back burner. I did initially try to write it as a rom com but the subject matter- a main character who not only lies, but lies for profit to the recently bereaved – led me naturally towards a much darker tone.

As well as writing under your own name, you co-write with Janet Gover as Juliet Bell. Could you tell us a little on how that partnership came about and any advice for authors considering doing the same?

The partnership came about at an RNA conference. We’d both given talks where we referenced Wuthering Heights and we joked in the bar about writing a joint adaptation of Wuthering Heights. It was a joke initially, but the idea took root and over several quite boozy lunches we decided it was a marvellous plan. The upshot was The Heights which came out in January. Our second collaboration, The Other Wife, will be published by HQ in November.

If anyone is thinking of writing collaboratively I have two pieces of advice. Firstly, pick your collaboration partner carefully. Janet and I didn’t actually know each other that well when we started working together and, in a way, I think that helped. I definitely have lots of very close friends who are brilliant writers who I know I couldn’t collaborate with because our approaches are just too different. Secondly, you can’t be precious about your own writing if you’re collaborating. If your writing partner thinks something just doesn’t work then I’m afraid it has to go.

Tomorrow you will be joining Julie Cohen and Katie Fforde for a discussion on Romance in the 21stCentury. Are you able to give us a little teaser, exclusive even, on some of your thoughts about romantic publishing 2018?

I’m so excited about this event – and not just because it gets me out of the house on publication day! We’ve got brilliant panellists – in addition to Julie and Katie we’ve got Dorothy Koomson, Liz Fenwick, Heidi Swain and Jules Wake – and we’re talking about some of the really big current trends in romantic fiction. I’m leading a panel focussing on the feelgood, heartwarming stories that we all associate with romantic novels and why those stories still matter in 2018, but we’re also going to be talking about the ways in which romantic stories can crossover with other genres.

I do think that romantic fiction is in good health at the moment. It’s been said so often that it’s almost a cliché, but it can feel as though we’re living in quite a divided, aggressive world. Romantic fiction focusses on hope rather than despair, and hope matters right now. It matters that we tell stories where good does conquer evil, where love does win the day, because those stories are just as true and just as important as the stories that focus on the darkness in the world. Romantic fiction presents us with a hopeful vison of our world – personally I don’t think that will ever go out of fashion.

Thank you again, Alison, for some interesting insights. It’s reassuring for us Romantic Novelists to know there is still an appetite for the fruits of our labours. And I do wonder just how many successful ideas and collaborations are born out of RNA Conferences…

Alison is a novelist, short story writer, blogger and creative writing tutor who grew up in North Yorkshire, and now lives in Worcester. She worked as a waitress, a shop assistant, a learning adviser, an advice centre manager, a freelance trainer, and now a maker-upper of stories.

She won the RNA’s Elizabeth Goudge trophy in 2012, and her short stories have been published by Harlequin, Choc Lit and Black Pear Press. Alison has also been shortlisted in the Love Stories and RoNA Awards. Alison writes emotional fiction, and her seventh novel, All That Was Lost, will be published by Legend Press in September 2018. She also writes modern retellings of misunderstood classics, in collaboration with Janet Gover, under the penname Juliet Bell.

Alison is currently Vice-Chair of the Romantic Novelists’ Association.

All That Was Lost

Lisa Hill writes contemporary romance with a light-hearted tone.  What interests her most is people, their interactions, emotions and relationships.  It’s probably why her career to date has been based in property; she confesses herself that she is ‘naturally curious’. Her first encounter with a romance author was chats over the garden wall between her father, Godfrey, and Mrs Cooper from the neighbouring village of Bisley.  It came as quite a surprise in later life to find that Mrs Cooper was in fact Jilly Cooper!  Lisa’s writing inspiration now comes from other Cotswolds’ authors including Jill Mansell and Katie Fforde. Lisa’s latest novel, Heart in the Right Place, is out now with Manatee Books.
Share this
3 likes
Related Articles
0 Comments