Julie Ryan: How much research do you do?

With only two months now until the centenary celebrations for the ending of World War One, I am pleased to welcome Julie Ryan to the blog talking about writing historical romance, the research involved and her latest release, Finding Rose. 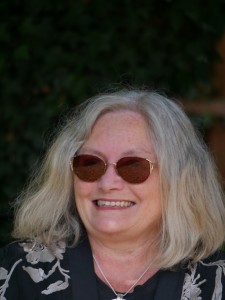 One question that I’m often asked is, ‘How much research do you do?’ There is, of course, a school of thought that says you should only write about what you know. I tend to prefer the theory of writing about what I know and for everything else there is research. How much research will depend very much on what genre I’m writing in. Whilst nothing can beat first hand research, the question becomes a little trickier when it’s historical research.

My first three books are all romantic suspense set in Greece. Naturally, it’s a country I’m very familiar with, having lived there in the 1980s, so that’s where and when I decided my books would be set. I’ve always hankered after writing a historical novel though and admire those writers who can pull it off. I was terrified that I would make a glaring error and have readers berate me for some anachronism or other. However, once the muse calls, she can’t be denied so I started seriously thinking about writing a book set against the background of The Great War. Even that was fraught with danger for a writer, as I had been referring to it as WW1, which of course didn’t come into play as a term until WW2.

Inspired by my grandfather’s story – he joined up in 1916 as a seventeen-year-old and lied about his age in order to be sent abroad just in time for the Battle of the Somme – a story began to germinate. I used his ‘diary’ for the key events and places he was stationed and started to enjoy the research. I watched camera footage online about the clothes they wore at the time, investigated the rations they were given, how the ambulance service worked at the Front. Then my research took another turn as I became fascinated by the ‘Canary girls’ – the girls working in the ammunition factories and the hardships they endured as a result of poisoning.

Over the years I had collected pages and pages of notes but it wasn’t until my father was terminally ill in hospital that the story came together. It was written as a kind of catharsis months after he died as I struggled to come to terms with the meaning of life and death and what happens next. Featuring three sisters, they begin to piece together their father’s previous lives as he exhorts them to ‘Find Rose.’ Not content with research into one historical period I also delved into an era that has long held particular interest for me, the Tudor Court, especially that of Henry VIII.

I still hanker after writing a purely historical novel but I don’t think I’m ready to leave behind the modern world just yet. As for the future though – never say never!

Thanks, Julie for insight into writing in the past and how wonderful you had your grandfather’s diary to refer to.

And onto your forthcoming release, Finding Rose. 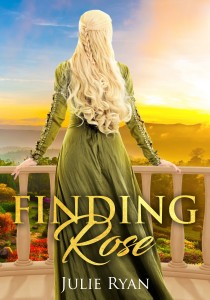 When three sisters, Ginny, Sally and Molly are brought together at their father’s hospital bed, they are forced to confront not only the prospect of a future without him but also the secrets of the past that have kept them apart.

Their father, Eddie Matthews, drugged up on morphine, seems to be rambling but could he, in fact, be reliving previous lives as a Tudor monk and as a soldier on the Front in WW1? Struggling to speak he reveals that he has a secret and urges his daughters to ‘Find Rose’. Can the sisters put aside their differences to fulfil his last wish?

Well, this sounds intriguing… Can you tell us a little about who Rose might be or do we need to read the book to find out?

Ha ha – you’ll have to read the book! Seriously though, there is a contemporary element and two historical threads so in fact there is more than one Rose. I don’t want to give out any spoilers but in the Tudor period, Rose is the daughter of a husbandman who rises to great heights and there is also a Rose who is a worker in a munitions factory during WW1. As for the modern day Rose, you’ll have to wait and see.

What was the impetus behind you setting a novel around World War One?

I’ve wanted to write about The Great war for a long time. My grandfather, who died when I was about six, was an amazing man. He signed up as a young man of sixteen in 1916 and was immediately sent off to the Somme. He was one of the lucky ones who came back, although he was injured and left for dead at one point. He kept a mini journal that ends with him stating ‘No body can say I’m a shirker, I did my duty.’ I can only imagine the horrors that those young men experienced and the immense bravery. This book is a tribute to them and especially to my grandfather.

What advice would you give to anyone thinking of writing in the historical genre?

Do your research! It’s so easy to slip up and there are many experts out there who will readily jump on you should you make a mistake. I discovered, for example, that The Great War was only referred to as WW1 after WW2. It makes sense when you think about it. I researched places, uniforms, read diaries, watched DVDs and Google became my best friend. Most of the research wasn’t actually used but it did give me a greater understanding of the period. I’m not sure though that I could write a purely historical novel. The main thing is to enjoy the era. One tip that was passed on to me was to research ONE year in your selected time period rather than the whole period as this gives you a focus.

Thank you again, Julie, for a great article on research and some interesting ideas on how to go about it, we wish you every success with Finding Rose.

Julie Ryan was born and brought up in a mining village near Barnsley in South Yorkshire. She graduated with a BA (hons) in French Language and Literature from Hull University and has a passion for foreign travel. Since then she has lived and worked as a Teacher of English as a Foreign Language in France, Greece, Poland and Thailand. She now lives in rural Gloucestershire with her husband, son and a stray cat that adopted her. The family has to struggle for space with her book collection, which is now threatening to outgrow her house, much to her husband’s annoyance. They have been attempting to renovate their home for the last ten years so she has picked up a few DIY tips along the way; her favourite tip is to buy a house that’s already finished!

She is the author of three novels set in Greece, “Jenna’s Journey”,  “Sophia’s Secret” and “Pandora’s Prophecy” and a romantic Christmas novella called “Callie’s Christmas Countdown.”

Lisa Hill writes contemporary romance with a light-hearted tone.  What interests her most is people, their interactions, emotions and relationships.  It’s probably why her career to date has been based in property; she confesses herself that she is ‘naturally curious’. Her first encounter with a romance author was chats over the garden wall between her father, Godfrey, and Mrs Cooper from the neighbouring village of Bisley.  It came as quite a surprise in later life to find that Mrs Cooper was in fact Jilly Cooper!  Lisa’s writing inspiration now comes from other Cotswolds’ authors including Jill Mansell and Katie Fforde. Lisa’s latest novel, Heart in the Right Place, is out now with Manatee Books.
Share this
0 likes
Related Articles
0 Comments