Today we welcome Rosie Travers to the blog. Rosie’s debut novel, The Theatre of Dreams, was published by Crooked Cat in August. Here I ask Rosie about her journey to publication and the inspiration behind this very UpLit sounding novel… 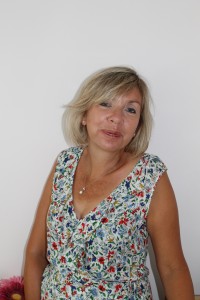 Welcome Rosie. Your writing journey to publication sounds as if it started by accompanying your husband overseas to California. Tell us how that came about and how you achieved your publication success with Crooked Cat.

Firstly, thank you for inviting me onto the blog. Secondly, I am a serial house-mover! My husband was offered a job in California back in 2009 but when we moved over to the US I had to stop working so found myself with unexpected time on my hands. I started a blog about ex-pat life which re-kindled a teenage desire to become a writer. When I returned to the UK I took a part-time creative writing course before joining the RNA New Writers Scheme. I received a really encouraging report for the first novel I submitted, but then we moved overseas again – this time to the Netherlands. I continued writing but put the first novel aside as the idea for The Theatre of Dreams had already taken shape and refused to go away. The Theatre of Dreams went through the NWS in 2017, and when I returned to the UK last summer I started submitting to agents and publishers. Crooked Cat offered me a contact straight away.

At the core of the story of The Theatre of Dreamsis the plight to save a seaside theatre from demolition. Where did the inspiration for this inciting event come from?

I grew up on the south coast of England and even though we had moved abroad I was still coming home fairly regularly to see family. During one of these visits I was walking along the seafront at Lee-on-the-Solent in Hampshire when I spotted a notice board commemorating the site of a former entertainment complex. Originally constructed in 1935, the vast Art Deco building housed a cinema, restaurant, ballroom and 120 ft observation tower and had been demolished by the local council in 1971. I thought it a shame that nothing had been done to save such an iconic landmark. I carried out some research about seaside pavilions across the UK and discovered a handful of buildings that had been restored following public campaigns. The idea for a novel was born!

Your heroine, Tara, sounds as if she might have been a little duped into rescuing the flailing theatre. Tell us a little about Tara and what’s in store for her?

Tara is a musical theatre actress who inadvertently causes a media scandal and loses her job in the West End. Out of the blue she receives a letter from former professional performer, octogenarian Kitty Keaton, inviting her to take over her dance school in the old-fashioned resort of Hookes Bay. Tara accepts Kitty’s proposition, unaware the old lady has an ulterior motive for recruiting her. When Tara discovers she is expected to play a part in Kitty’s devious scheme to save the local historic Art Deco former theatre from demolition, she faces a moral dilemma. In order for Kitty’s plot to succeed Tara will need to pull off the performance of a lifetime – failure will bring an already tarnished career to a humiliating end. She could just walk away, dignity intact. But on the other hand, the opportunity to restore Kitty’s elegant but neglected seaside pavilion to its former glory has captured Tara’s imagination, and local architect Dominic, Kitty’s reluctant co-conspirator, has stolen her heart…

You describe your writing as a sprinkling of humour and a dash of tragedy, which certainly fits in with the theme we’ve been talking about on the blog recently, about UpLit. How do you combine the fine balance of humour and tragedy to create a compelling read, something your reviewers describe this novel as?

It’s all about the characters.  Kitty was a wonderful to create, full of melodrama. Over the years she’s suffered several knockbacks, but she’s picked herself up like a real trouper. Now living on borrowed time, she has nothing left to lose so she can afford to be reckless. Hapless Tara is drawn into Kitty’s web against her better judgement. To have two very different characters fighting a common cause provides ample opportunity for humour and as their relationship develops there are moments of great poignancy between the two women. I wanted readers to feel an affinity with the characters and understand their individual situations and motivation – and I think, hopefully, it’s worked.  I can’t imagine writing without humour. Real life can be grim, but books offer escapism. Overcoming adversity is at the heart of this novel.  If you have a dream, follow it.

Finally, Rosie, what plans do you have for your writing next?

I’m currently working on another novel project, but I may at some point go back and revisit the Theatre of Dreams, perhaps for a sequel or a spin-off – people have already asked for more!

Thank you again, Rosie, for an interesting insight into how you wrote such an uplifting novel and good luck with The Theatre of Dreams and your next project. 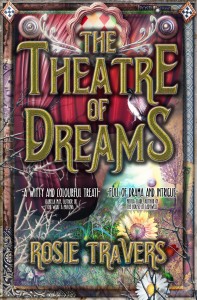 Musical theatre actress Tara is down on her luck and in desperate need of a job.

When terminally-ill octogenarian Kitty invites her to take over the running of her former dance academy in the old-fashioned resort of Hookes Bay, Tara thinks she’s found her guardian angel.

But it soon becomes very clear Kitty is being far from benevolent.

Too late, Tara realises helping Kitty will signal the end of an already tarnished career, unless she can pull off the performance of a life-time…

I grew up in Southampton and loved escaping into a book at a very early age. As a teenager I landed my dream Saturday job in my local branch of a well-known bookstore chain and scribbled many short stories and novels, none of which I was ever brave enough to show anyone. After several years juggling motherhood and a variety of jobs in local government I moved to the US in 2009. I started a blog about the perils of ex-pat life which re-ignited my creative juices.  Spurred on by some short story competition successes I joined the RNA New Writers Scheme in 2016 and The Theatre of Dreams, my debut novel, was published by Crooked Cat Books on 1 August 2018. I love to travel but now live back on the south coast of England with my husband and a very spoilt cat.