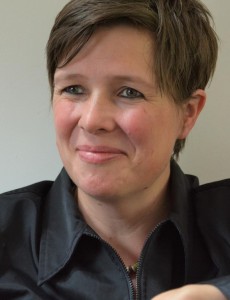 Romances can be a cosy safe place, an opportunity to feel that rush of love again, to ride an emotional rollercoaster from the safety of your reading snug then bask in the glow of a guaranteed HEA.

F/f romances are no different. Whether you are a queer woman empowered by seeing someone like you worthy of love and happiness, or a straight man who adores romance but not particularly the fixation on a male hero, or any reader who enjoys relationships of all kinds between strong female characters, f/f romances can appeal to everyone.

Literary works with queer females, like Sarah Waters’ fantastic books, are visible in the mainstream, but there’s also a very healthy romance genre that isn’t often seen on the store shelves. But have a look on Amazon for lesbian romance and you will find thousands of titles, dominated by US, UK and now Australian authors. Self-publishing has been very important for this genre, especially for UK writers with no lesbian or bisexual fiction publishing houses based here.

For a long time, coming out stories were the mainstay, but perhaps with the wealth of titles available and times changing the last few years have seen much more variation.

Marriage is now a common ending to signal the happy ever after – because we can get married now!

The States made same-sex marriage legal nationwide in 2015 and the UK in 2014 (earlier for civil partnerships). These changes in laws and society’s views perhaps are the reason for the popularity right now of The Fake Marriage trope or Fauxmance. These aren’t even stories about a woman needing a ‘beard’ – a fake husband / boyfriend so she appears straight in public; these are fake marriage stories between women. 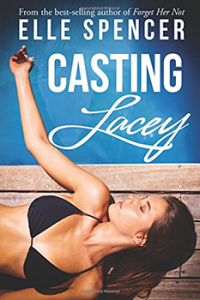 Casting Lacey from Bold Strokes has been a massive hit in this genre. Combining the celebrity romance and fauxmance tropes, and set in Hollywood, this is a glitzy affair with sizzling chemistry between the leads and a good dose of angst too. The banter and wit is also spot on from American author Elle Spencer.

Alongside that is the hugely popular, sparkling and witty Who’d Have Thought by Aussie author G Benson (Ylva Publishing). An intriguing and addictive story between frosty surgeon Samantha who needs a fake wife for mysterious reasons and klutzy Hayden. Hayden actually can’t stand Sam but is stony-broke and needs Sam’s financial offering. With loveable and so easily relatable characters this will keep you up late at night! 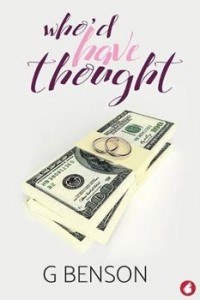 The thawing Ice Queen is a favourite with readers right now. (I have a theory that Darcy in Pride and Prejudice is one of the original archetypes for this, because P&P is well liked among queer female readers.) There’s so much potential for delicious tension with this one. The love-hate relationship. The frisson of discovering that the aloof woman might be gay. The unbeatable chemistry of something that feels forbidden because of the ice-queen’s natural froideur and distance. 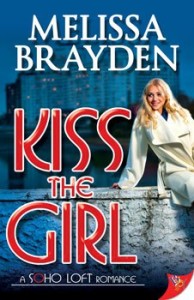 One of the best-selling authors in the genre, Melissa Brayden, has two in this category: First Position and my personal favourite Kiss the Girl. The latter is the first book in her very popular Soho (New York) series about a group of friends who work together in an advertising firm – some describe it as a gay Sex in the City. In this first instalment, designer Brooklyn meets an alluring and older brunette, Jessica – an ice queen and cut throat in business but a mature wonderful woman in down time, including when she meets Brooklyn. What the heroines don’t know is that they work for rival companies. The scene is set for much drama, warm friendships and an age-gap romance with an ice queen who we already know has melted inside. Bliss!

I think it’s actually a really healthy sign that these tropes and devices are employed in f/f romance now. For so long, the drama and tension and reasons for keeping lovers apart was the lack of acceptance of gay relationships. Now it’s more acceptable, we have to think of other ways to keep our lovers apart for a whole book, especially when it’s a romance between two women who are out and perfectly happy with their sexuality.

Coming out tales aren’t dead though. The Toaster Oven trope is very popular. The name comes from the very negative misconception that lesbians are predatory and seduce and recruit straight women into lesbianism. The toaster oven is the fictional prize (from a joke on the sitcom Ellen), and the term has been claimed by queer literature for a highly enjoyable and healthy trope where a straight woman falls for a lesbian. There’s still something special about the moment a woman discovers she may be queer – the fear, excitement of something new, the thrill of the forbidden – and it’s always a good basis for a romance. 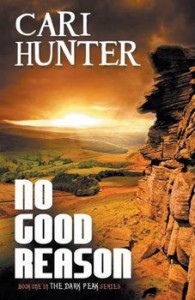 Ever popular is romance within a crime novel, where often the question isn’t simply “will our heroines get together” but also “will they survive long enough to do so”? The UK has a brilliant track record with queer women in thrillers. Just think of books by Val McDermid, Manda Scott, Stella Duffy and Mari Hannah, but my favourite for its romantic element is the recent No Good Reason from the Dark Peak Series – an overarching love story of two working class, life-long friends, sometimes lovers, in Cari Hunter’s gritty and tense Northern England trilogy.

Two enduring tropes, and best of all for me, are the Second Chance romance and Friends to Lovers.

I think there is something magical about a friends-to-lovers f/f romance. Female platonic relationships are deep, nurturing and physical, so imagine how powerful the feelings become when you add the dimension of romantic and sexual love. Two British authors have this one covered: Kiki Archer with Fairytale of Possibilities and Clare Lydon with The London of Us. Both are fantastic and funny authors, Kiki with her trademark slapstick, laugh-out-loud scenes and Clare’s dry humour will have you sniggering all the way. And I’ll throw in my friends-to-lovers story here too, which is also intertwined with a mature woman’s second chance and wrapped up in a rollicking family saga, The Goodmans.

There is something wonderful about snuggling down with a romance, especially with your favourite trope where you can anticipate the unfolding drama and be deeply satisfied when the story delivers. Even better when the author throws in a twist to keep it fresh. I’m completely addicted to romances – I always have one on the go – and I hope I’ve given you a tempting peek into the f/f romance genre.

Clare Ashton is an award-winning indie author of lesbian fiction and f/f romances, with German translations of her work published by Ylva Publishing and Verlag Krug und Schadenberg.

Her dark romance After Mrs Hamilton is a Golden Crown Literary Society (Goldie) award winner and her first foray into romantic comedy, That Certain Something, was a Goldie and Lambda Literary Award finalist. 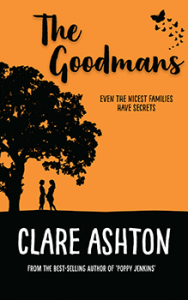 The lovely doctor Abby Hart lives in her dream cottage in the quintessential English border town of Ludbury, home to the Goodmans.

Maggie Goodman, all fire and passion, is like another mother to her, amiable Richard a rock and 60s-child Celia is the grandmother she never had.

But Abby has a secret. Best friend Jude Goodman is the love of her life, and very, very straight. Even if Jude had ever given a woman a second glance, there’d also be the small problem of Maggie – she would definitely not approve.

But secrets have a habit of sneaking out, and Abby’s not the only one with something to hide. Life is just about to get very interesting for the Goodmans.

Things are not what they used to be, but could they be even better