Today, I am delighted to welcome JL Merrow to the blog talking about her latest novel, Love at First Hate. Writing across genres with a preference for gay and paranormal romance, and having written an impressive 28 novels and novellas in the past decade, plus over 60 short stories, I am keen to ask her about her secrets to author success and writing romance in the 21st century. 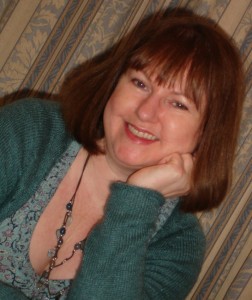 Thanks, Lisa—it’s great to be here! Love at First Hate features as a main character Bran Roscarrock, who was an antagonist in two previous books, so today I’d like to talk about redeeming a rotter.

Don’t we all love a bad boy? A fictional one, that is. Real life rotters are perhaps best avoided, but bad boys in books have always been popular. Think of Heathcliff, Rochester, Rhett Butler, Lestat… the list goes on and on, of male characters who are perennial favourites with readers despite (or perhaps because of) their moral shortcomings.

There’s something irresistible about a rotter redeemed by love. Of course, not all antiheroes are redeemed by the end of the story; Heathcliff, for one, stays rotten to the core to the bitter (and by golly, it’s bitter!) end. That hasn’t stopped his dysfunctional relationship with Cathy becoming renowned as the pinnacle of passion.

But generally speaking, a happy ever after is more believable if the bad boy comes good in the end. So how does an author go about redeeming a character?

It helps if the bad boy has always had redeeming qualities. He may be a cad and a bounder, but if he’s kind to animals and children, he shows a glimmer of hope. We know from his first appearance in Oliver Twist that Bill Sykes is a vicious thug, but it’s not until he kicks his dog that he whizzes over the moral event horizon. After that, we’re hardly surprised when he murders his teenage girlfriend. He’s one rotter who’s beyond redemption.

It also helps if we put our bad boy through the wringer, particularly if it’s as a consequence of his actions. He’s made other people suffer; it’s only fair he should get to see how it feels for himself. This can provide a not-so-gentle shove to get him on the path to righteousness. In Jane Eyre, would-be bigamist Rochester suffers some pretty devastating injuries when his first wife breaks out of the attic and sets the house on fire; afterwards, he mends his ways and marries our heroine. Or she marries him, rather.

Armed with new empathy from his travails, our bad boy should make amends for past hurts. In Pride and Prejudice, Mr Darcy’s eponymous pride may have indirectly led to Lydia’s elopement with Wickham, but he redeems himself splendidly, saving the day for the Bennett family.

But perhaps our bad boy has been good all along! Motives, and even actions, can be misunderstood. Is the antihero’s rotten reputation entirely undeserved? Care needs to be taken here; revealing our bad boy has really been a nice guy all along can leave the reader feeling cheated of a proper redemption arc.

Could it be love itself that redeems our bad boy? It does happen—in fiction, at least. However, I personally find it easier to believe in a happy ever after if love is not the only spur to redemption. All couples have their ups and downs, and I’d like to think there’s at least an even chance that the first bump in the road won’t send our redeemed rotter hurtling back towards his bad old ways!

Thanks, JL, as someone trying to redeem particularly rotten rotter in my current wip, this has come in very useful, thank you!

And onto your latest release, Love at First Hate. 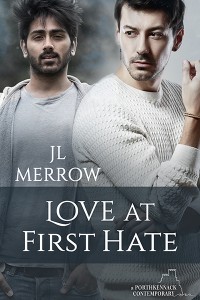 Bran Roscarrock has been living in the closet all his life. As heir to an expansive family legacy in the town of Porthkennack, old-fashioned ideals of respectability and duty were drummed into him since childhood, and he’s never dared to live — or love — openly.

Sam Ferreira, an old friend of Bran’s brother, Jory, is a disgraced academic desperate to leave his dead-end job. When Jory asks him to take over as curator of a planned exhibition on Edward of Woodstock, the fourteenth-century Black Prince, Sam leaps at the chance to do what he loves and make a fresh start.

But Bran’s funding the exhibition, and though sparks fly between the two men, they’re not all happy ones. Bran idolises Prince Edward as a hero, while Sam’s determined to present a balanced picture. With neither of them prepared to give ground, a hundred years of war seems all too possible. And if Bran finds out about Sam’s past, his future may not be bright, and their budding romance may be lost to history.

This is the eleventh novel in the Porthkennack series, congratulations. Did you decide when you started writing this series that it would evolve into so many novels and do the characters/plots interlink?

The Porthkennack series is actually a shared world with four other authors writing in it. We were all initially contracted for two books each, but once I’d written my first two books (Wake Up Call and One Under) it was clear to me that Bran’s story needed to be told! Fortunately, my publisher, Riptide, agreed. While all the books share the same setting and a rich historical backstory created by Alex Beecroft, there’s a much stronger connection between my three books, which follow different members of the same family, the Roscarrocks. Readers will find references to other books in the series, though—for example, there are some free-range chickens in one of my books as a result of an initiative by another author’s character!

You are clearly a very experienced and successful novelist. Are you able to tell us about how your writing career has developed, how many novels you write per year and what disciplines you go about to achieve that?

Ugh—discipline! Not my strongest suit, I’m afraid. I try to write every day, but that’s about it. Generally, I write 2-3 novels a year, but it depends on what I’m writing: mysteries, I’ve found, take a little longer than rom-coms. A big change for me over the course of my career has been moving from writing mainly short stories to writing novels almost exclusively. I do miss the instant gratification of dashing off a short story in a day or two!

Finally, you are a celebrated author for gay romance, having been a finalist for an EPIC Award in 2013 with Muscling Through, and your novel Slam! won the 2013 Rainbow Award for Best LGBT+ Romantic Comedy, congratulations. Recently, the RNA has started its own Rainbow Chapter and I would love to hear your thoughts on writing romance in the 21st Century.

I’m delighted to see the inception of the Rainbow Chapter, which I hope will see more prominence and recognition given to LGBT romance. In the ten years I’ve been writing, I’ve seen the genre grow massively both in terms of the number of writers and the readership, and I hope that will continue. It’s great to see such a wide range of romance now available for readers who want to see their own reality—or their fantasies—reflected on the page. Twenty-first century romance is a much broader genre than it used to be, which is good for both readers and writers.

Thank you again, JL, for sharing that writing success doesn’t necessarily depend on discipline alone and your views on writing romance in the 21st Century.

Thank you for having me here! J

JL Merrow is that rare beast, an English person who refuses to drink tea.  She read Natural Sciences at Cambridge, where she learned many things, chief amongst which was that she never wanted to see the inside of a lab ever again.

She writes (mostly) contemporary gay romance and mysteries, and is frequently accused of humour.  Two of her novels have won Rainbow Awards for Romantic Comedy (Slam!, 2013 and Spun!, 2017) and several of her books have been EPIC Awards finalists, including Muscling Through, Relief Valve (the Plumber’s Mate Mysteries) and To Love a Traitor.

Love at First Hate is available in ebook and paperback: Riptide | Amazon 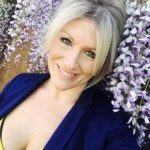 Lisa Hill writes contemporary romance with a light-hearted tone.  What interests her most is people, their interactions, emotions and relationships.  It’s probably why her career to date has been based in property; she confesses herself that she is ‘naturally curious’. Her first encounter with a romance author was chats over the garden wall between her father, Godfrey, and Mrs Cooper from the neighbouring village of Bisley.  It came as quite a surprise in later life to find that Mrs Cooper was in fact Jilly Cooper!  Lisa’s writing inspiration now comes from other Cotswolds’ authors including Jill Mansell and Katie Fforde. Lisa’s latest novel, Heart in the Right Place, is out now with Manatee Books.