Rachel Brimble: A filled page is ALWAYS better to perfect than a blank one

Today we welcome multi-talented, Rachel Brimble, to the blog talking about her writing career to date. First published in 2007, Rachel is well versed in writing across several romance sub-genres and I am keen to find out more on how her career has evolved, how she’s managed to write so many books, and not to mention her recent four-book deal with Aria Fiction.

I am so happy to be re-visiting the RNA blog after such a long time away…I’m excited to answer Lisa’s questions and to share my latest news and what I’m working on. 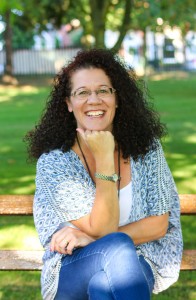 Since your first published novel in 2007, you have had over 20 books published,
congratulations! Can you tell me what was the inspiration behind your writing and has your career evolved how you had anticipated back then?

I’ve wanted to write books since I discovered Enid Blyton’s Secret Seven series when I was about eight or nine. I lost myself in these books and they inspired me to begin writing short stories. Of course, as I grew older my priorities changed, and soon writing slipped away but never entirely. Deep inside, I knew writing was my calling and once my youngest daughter started school, I had a ‘now or never’ moment and started writing for publication.

That book was published in 2007 and since then I’ve had at least one book published each year. My career has evolved more successfully than I ever could’ve imagined back then BUT, what I didn’t envisage was the amount of work involved outside of the actual writing.

Unfortunately, a novelist these days has to be willing to work just as hard on publicising their books, as they do writing them. This can involve a lot of time away from the work in progress which can be frustrating but, also, incredibly rewarding.

Your novels to date include several romance sub-genres including historical and suspense, as well as contemporary. Which is your favourite to write in and why?

I love all of them! Sometimes I wish I didn’t because then I could focus on one sub-genre, but I constantly have story ideas I know will fit better with one sub-genre than another. I feel incredibly lucky that I still manage to secure contracts for different types of romances and long may it continue, because I can’t imagine myself sticking to one sub-genre for a while yet.

Having said that, since signing a four-book deal with Aria Fiction for a new Edwardian series, I have been focused more on historical throughout 2018 than I have any other year so far.

How many novels do you write per year and what tips do you have for remaining disciplined in order to achieve this, especially if you are writing across sub-genres?

I aim to write two novels per year and, as I’m lucky enough to write full-time, I treat my writing as I would any other job outside of the home. I am usually at my desk by 8.30am and work through to 5.30pm with a couple of dog walks in between.

Whether I’m working on a historical or contemporary novel, I write each draft from beginning to end without looking back. I’ve found this process leads to a higher word count each day and the following drafts are always more fun because it’s then it’s up to me to make the plot stronger, the characters more well-rounded, and the writing better.

A filled page is ALWAYS better to perfect than a blank one!

And onto your latest release: 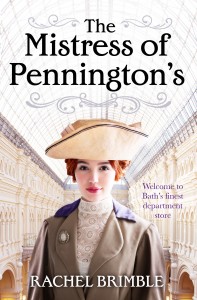 The Mistress of Pennington’s

Elizabeth Pennington should be the rightful heir of Bath’s premier department store through her enterprising schemes and dogged hard work. Her father, Edward Pennington believes his daughter lacks the business acumen to run his empire and is resolute a man will succeed him.

Determined to break from her father’s iron-clad hold and prove she is worthy of inheriting the store, Elizabeth forms an unlikely alliance with ambitious and charismatic master glove-maker Joseph Carter. United they forge forward to bring Pennington’s into a new decade, embracing woman’s equality and progression whilst trying not to mix business and pleasure.

Can this dream team thwart Edward Pennington’s plans for the store? Or will Edward prove himself an unshakeable force who will ultimately ruin both Elizabeth and Joseph?

Oooh, this sounds like House of Eliott meets Mr Selfridge; where did the inspiration for Pennington’s come from, and were you influenced by the location of Jolly’s department store in Bath?

Yes! Jolly’s was definitely an inspiration – it’s been in Bath for many years and I have visited the store several times since starting the series. The inspiration for the books came from my love of The Paradise and Mr Selfridge but, as much as I loved these shows, something was always missing for me.

Once I identified that I wanted the female characters explored more deeply, to learn more of their fears, hopes and dreams, Elizabeth Pennington came forward in my imagination. I instantly knew her ambition was to own the department store currently in her father’s possession. That led to the series theme of ‘female empowerment’ and research into all the amazing women of the early 20thcentury and what they’d achieved or changed.

Inspiration for future heroines will not run out any time soon, believe me!

I know your second novel, A Rebel at Pennington’s, is due out in February. Tell us of how your four-book deal with Aria came about and whether all four books are to be set at Pennington’s.

I finished The Mistress of Pennington’s in 2017 when I was with a US agent – unfortunately, it soon became clear it wasn’t the type of book US publishers wanted, yet nothing deterred my belief in the book. I made a tough decision to go separate ways with my agent and started to research UK publishers who accepted unagented submissions.

After discovering Aria Fiction and speaking with several of their authors, loving their vision and versatility, Aria became my number one target. I submitted The Mistress of Pennington’s via their online portal and, less than five weeks later, an editor contacted me asking if I had plans for a series. I promptly told her I was halfway through book two and had a planned synopsis for book 3.

Just two days later, she came back with a four-book offer for the Pennington’s series. Happy Rachel!

Congratulations Rachel, such a massive achievement! Thank you so much for a delightful interview and an insight into the secrets to your success. I think I need to pin, ‘A filled page is ALWAYS better to perfect than a blank one!’ to my noticeboard!

Rachel lives with her husband and their two daughters in a small town near Bath in the UK. Since 2007, she has had several novels published by small US presses, eight books published by Harlequin Superromance (Templeton Cove Stories) and four Victorian romances with eKensington/Lyrical.

In January 2018, she signed a four-book deal with Aria Fiction for a new Edwardian series set in Bath’s finest department store. The first book, The Mistress of Pennington’s released July 2018.

Rachel is a member of the Romantic Novelists Association and Romance Writers of America and was selected to mentor the Superromance finalist of So You Think You Can Write 2014 contest. When she isn’t writing, you’ll find Rachel with her head in a book or walking the beautiful English countryside with her family. Her dream place to live is Bourton-on-the-Water in South West England.

She likes nothing more than connecting and chatting with her readers and fellow romance writers. Rachel would love to hear from you!