Sally Malcolm: Austen with a twist

Today we welcome Sally Malcolm to the blog with her take on Jane Austen and LGBTQIA+ romantic fiction. 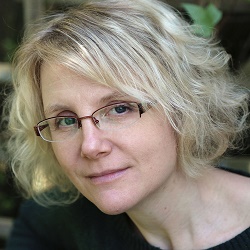 Sally Malcolm was bitten by the male/male romance bug in 2016 and hasn’t looked back. Perfect Day is her first published male/male romance, with the follow-up, Between the Lines, out in December 2018. Her stories are emotional, sweetly angsty, and always have happy endings.

Over to you Sally…

When most people think about Jane Austen’s novels, they imagine bows, bonnets, and buckskin breeches. But it’s surprising how well her stories lend themselves to contemporary LGBTQ+ retellings.

As a dedicated Janeite, I’ve been an avid fan of Austen’s work since I first read Emma as a teenager. My favourite of her books is Persuasion, Austen’s most romantic novel, a story of love, loss, and the power of second chances. This year, as we celebrate 200 years since its publication, I’ve had the amazing opportunity to retell Persuasion for a modern audience. Set in the fictional town of New Milton, Long Island, my version, Perfect Day, tells the story of Finn Callaghan, aspiring actor, and Joshua Newton, the man who broke his heart eight years earlier.

But I’m not the only one casting LGBTQ+ characters in their Austen retellings. In 2018 we’ve seen the publication of five reimaginings of Austen’s works, all with same-sex protagonists. So what is it about Austen’s novels that makes them so ripe for this type of retelling?

“Austen heroines are expected to live a life of quiet repression in many ways,” says Lisa Henry, whose male/male romance, The California Dashwoods, retells Austen’s Sense and Sensibility. “They shine so brightly because they push back against that and demand more, and that’s something that resonates a lot with an LGBTQ+ audience.”

And not only with that audience. We can all root for characters who—in the words of Elizabeth Bennett—are “only resolved to act in that manner, which will, in my own opinion, constitute my happiness.”

If you look closely you’ll find that the heroine’s refusal to conform to social convention lies at the heart of all Austen’s novels. For me, this conflict is beautifully reframed for the 21st century in LGBTQ+ retellings of her stories.

“Anyone who has ever been in the closet can relate to Austen’s heroines,” says Lisa Henry. “They all subvert societal conventions in that most basic (and radical) way—by committing to being true to themselves.”

This was my jumping off point when reimagining Persuasion and it’s an opinion shared by Megan Reddaway, author of Out, Proud and Prejudiced. For her, while Austen’s characters “follow convention outwardly” it’s the struggle to be true to themselves that makes them so well suited to an LGBTQA+ retelling.

“Being open about who you are takes courage,” Megan says, “especially when you don’t totally fit the conventional mould. And LGBTQA+ people share many of those challenges and need to find that same courage.”

And perhaps it’s this challenge to the conventional mould that makes Austen’s novels so enduring. While social conventions change over time, our affection and admiration for characters who withstand social disapproval to fight for what they want, never dies.

Austen wrote her books to challenge her readers, to reflect the absurdity of their society back to them, and modern retellings can do the same. “It’s no accident,” Lisa Henry says, “that the happy endings in Austen always occur after the characters push past the social conventions of the time and speak from the heart.”

I agree, and, while the conventions of class and marriage have less resonance today, I believe that LGBTQ+ retellings of Austen’s works can bring her characters and stories to life in a vibrant new way.

But there are other reasons to retell these classics. For Tamsen Parker, author of If I loved you Less, a sweet female/female reimagining of Emma, it’s also a question of correcting a historical injustice. “In so many cases, LGBTQ+ people were erased from history books,” she says, “even though they were very much present and thriving through all periods of history. Re-writing classics to include queer and otherwise marginalized characters feels like a small way to help correct that erasure.”

And Jenny Holiday, whose Undue Influence retells Austen’s Persuasion, has a different take entirely. “When I think about the state of LGBTQ+ romance today,” Jenny says, “I think we’re at a point where we are moving beyond traditional ‘out for you’ tropes, coming out stories, and stories where the sexual orientation of the characters is part of the conflict—and I think this is a good thing.”

But for readers dipping their toes into the wonderful world of LGBTQ+ romance for the first time, an Austen retelling might be just the place to start. Indeed, Tamsen Parker hopes that “readers who haven’t read queer books before might be more likely to try something new if it contains their favourite trope or the promise of an updated classic.”

One thing all of us agree on is that Austen was a genius of observation, dialogue, and craft. I have no doubt that, were she writing today, she’d be including LGBTQ+ heroes and heroines in her stories (and some argue they’re already there, hidden in the subtext, but that’s a different blog post!). And while no re-telling or adaptation of her work will ever equal the original, what a retelling can do is have fun with her beloved characters, allow us to spend a little more time with them, and perhaps introduce new readers to a genre of romantic fiction they haven’t yet begun to explore.

Want to try an Austen reimagining? Look no further.

If I Loved you Less – Tamsen Parker (female/female Emma retelling) 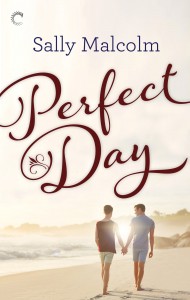 When Joshua Newton, son of Long Island’s elite, fell in love with ambitious young actor Finn Callaghan, his world finally made sense. With every stolen moment, soft touch and breathless kiss, they fell deeper in love. Finn was his future—until Joshua made the worst mistake of his life and let his family’s disapproval tear them apart.

Eight years later, Finn has returned to the seaside town where it all began. He’s on the brink of stardom, a far cry from the poor mechanic who spent one gorgeous summer falling in love on the beach. The last thing he wants is a second chance with the man who broke his heart. Finn has spent a long time forgetting Joshua Newton—he certainly doesn’t plan to forgive him.

Drawn together yet kept apart by their history, old feelings soon begin to stir. Back in the place where their romance began, Joshua and Finn finally come to realize the truth: love stays. Even when you don’t want it to, even when you try to deny it, love stays.