Juliet Bell: The Other Wife

I am delighted to welcome the return of Juliet Bell to the blog today. Juliet’s second novel, The Other Wife, was released earlier this month, quick on the heels of debut novel, The Heights; a modern re-telling of Emily Bronte’s, Wuthering Heights. For this second novel, Juliet has exchanged 1980s Yorkshire for outback Australia, also set during in the 80s, in another adaptation, this time, Jane Eyre. As some of you will know, Juliet Bell is the collaborative penname of RNA members, Alison May and Janet Gover. Here, I’m keen to explore how the union of these respected authors came about and what they have in store for us this time… 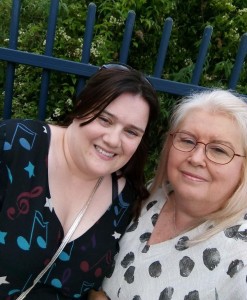 Hi – thanks for having me (all three of us really) on the blog today.

For those of you who perhaps didn’t catch your last interview, how did your writing partnership come about and what made you decide to re-tell some of the classics with a modern twist?

So, it’s been nearly a year since Juliet was on the blog, talking about The Heights. How is the writing partnership between the two of you going and has anything changed in your approach to collaborating?

It’s interesting how much working together has affected the way both of us write. Janet is now able to move a scene, or even a whole chapter, without having a heart attack. Alison can put chapters into separate documents – she doesn’t, but she can if Janet growls a bit. Janet is using fewer speech tags and Alison is using more of them.  There’s now a proper document template to stop arguments over margins and spacing and tabs. Of course, we don’t always use it, but it’s there.

As well as writing, we also teach together, and lead two weekend writing retreats each year. It’s inevitable that we learn from each other as we teach. But the most important thing hasn’t changed – and that’s the fact that we like each other’s writing and respect each other’s abilities.

We also both like long working lunches involving pizza and wine.

And onto your latest release, The Other Wife. 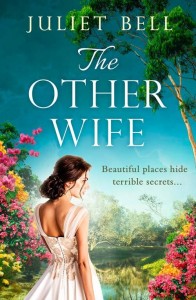 After a terrible childhood, Jane comes to Thornfield as nanny to the adorable Adele, watched over by the handsome and enigmatic Edward. Plain and inexperienced, Jane would never dream of being more than his hired help. But swept up in the dramatic beauty of the Outback, she finds herself drawn to Edward. And, to her surprise, he seems to return her feelings.

But Jane is not the first woman Edward has pledged to make mistress of Thornfield.

As a child, Betty was taken from her English home and sent for adoption in Australia. At first, no-one wanted her, deeming her hair too curly, and her skin too dark. Until the scheming Mr Mason sees a chance to use Betty to cement a relationship with the rich and powerful Rochester dynasty…

When Jane discovers Betty’s fate, will she still want to be the next Mrs Rochester?

Okay, I’m just going to put this out here; I had real issues with Jane Eyre when I studied it as a teenager. It pained me that Jane could only have Mr Rochester when he was physically damaged. Not wanting to cause any spoilers, is this something you’ve addressed in The Other Wife.

We both had issues with the ending of Jane Eyre. It might have worked in 1847, but we didn’t think it was right for a modern audience. Some of it comes down to the definition of a romantic hero, and what we expect of our romantic heroes. Some also comes down to the how women are perceived in modern society. What made Jane seem independent and spirited in the original is now far less remarkable. We needed to really lift the stakes, while remaining true to the original novel… almost.

No spoilers here of course, but we did change the ending – significantly.  Janet in particular was worried that fans of the original might not like the new ending, but it’s really interesting to note that almost all the reviews mention it. Many readers seem to like our ending more than the original.

Classic stories are timeless, but reading them with 21stcentury eyes often demands change. This is a salute to Jane Eyre, not just a simple retelling of her story.

You have confronted the issue of children being sent to Australia for adoption. What was the inspiration behind this subject?

When we wrote The Heights – we looked at issues in the time and place where the adaptation was set. In that case, the miners’ strike and the closure of the pits and the decline of the pit towns. We wanted to do the same with Jane Eyre. In Charlotte’s novel, Jane is an orphan and Bertha has been taken away from her home and family. Thus, stories of children taken from their homes seemed to fit.

We also wanted to give Mrs Rochester a voice. In the original, she’s barely seen. She’s just the mad wife in the attic. We wanted to explore how she ended up there. Was she really mad or was she a victim?

These days, it’s pretty hard to lock someone in an attic without the neighbours hearing, so we needed to take our characters somewhere remote. Being Australian, Janet knew exactly where to take them.

Then Alison started reading about the children sent to Australia. They often weren’t orphans, and were simply taken from their families to a country that was at that time dealing with its own problems in terms of attitudes to race, gender and sexuality.

In all …. a Juliet Bell novel just waiting to happen.

And what’s next for Juliet? Your re-tellings have been successfully received by your audience; will you be writing another adaption soon?

Both of us are currently working on solo projects involving multiple timelines, tornadoes, witchcraft, posh restaurants, boats, social media storms and aliens.  Ok – maybe not aliens, and not all of these things in the same book.  We’re both really excited by our projects.

Once they’re done – who knows….

There are a lot of misunderstood classics out there.

Thank you again, Juliet, for very enjoyable interview and explaining your ‘salute’ and not a ‘re-telling’ of Jane Eyre. Perhaps, I can now finally fall in love with Mr Rochester!

Juliet Bell is the collaborative pen name of authors Janet Gover and Alison May.

Juliet was born at a writers’ conference, with a chance remark about heroes who are far from heroic. She was raised on pizza and wine during many long working lunches, and finished her first novel over cloud storage and skype in 2017.

Juliet shares Janet and Alison’s preoccupation with misunderstood classic fiction, and stories that explore the darker side of relationships.

Alison also writes commercial women’s fiction and romantic comedies and can be found at www.alison-may.co.uk

Janet is a RoNA award winning author of contemporary romance, mostly set in Australia, and can be found at www.janetgover.com

Purchase the Other Wife:

Lisa Hill writes contemporary romance with a light-hearted tone.  What interests her most is people, their interactions, emotions and relationships.  It’s probably why her career to date has been based in property; she confesses herself that she is ‘naturally curious’. Her first encounter with a romance author was chats over the garden wall between her father, Godfrey, and Mrs Cooper from the neighbouring village of Bisley.  It came as quite a surprise in later life to find that Mrs Cooper was in fact Jilly Cooper!  Lisa’s writing inspiration now comes from other Cotswolds’ authors including Jill Mansell and Katie Fforde. Lisa’s latest novel, Heart in the Right Place, is out now with Manatee Books.
Share this
3 likes
Related Articles
1 Comment