Today, I’m delighted to welcome writing partners Eleanor Harkstead and Catherine Curzon to the blog. Eleanor and Catherine write fabulous m/m stories that span a range of genres, and they are going to talk to us about how it might be possible to write a successful  romantic fiction series.

How can you turn romance and romantic fiction into a series when you might expect readers to demand a happy ever after or happy for now (HEA or HFN) ending for a novel? Series might seem easier for crime writers who can carry the same detective through several novels, solving a new mystery each time, but it is possible to write romance in series too, and there’s several ways to do it. Here’s just a few.

One couple, more than one book 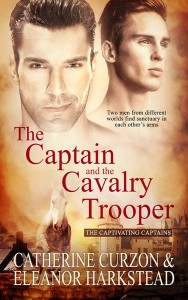 If your couple are extremely busy, then you might want to extend your story over several books. CF White’s Responsible Adult series (published by Pride) is three novels long and relates the story of troubled Micky, carer of his younger, disabled brother. As well as trying to maintain an even keel when the world sees him as a troublemaker, Micky’s also exploring his sexuality and develops a relationship with the more stable Dan.  It’s a story that couldn’t be told over the space of one novel in enough depth, and the reader isn’t guaranteed a HEA or HFN until the end of the series – and a cliffhanger ending mid-series keeps readers engaged with the characters and the story. The De Chastelaine Chronicles (published by Totally Bound) written by myself and Catherine Curzon are about Raf and Cecily, a couple who in each novel have a new paranormal mystery to resolve. Their relationship develops across the series as they travel about dealing with ghosts, demons, sea monsters and whatever else may cross their path. It’s not a story that could be packed neatly into one novel and so could only work across several titles.

Unite characters by place or family

In some of her Regencies, Janice Preston follows members of the same family and social milieu. In her Beauchamp Proposals and Beauchamp Heirs series (published by Mills and Book), each couple gets their HEA at the end of the novel, and in the next you’ll see them again as supporting characters. Readers who enjoy Janice’s Regency world will return book after book to meet the characters again – and to follow the protagonists on their way to their happy ending.

Janet Gover’s Coorah Creek novels (published by Choc Lit) are all set in a remote Australian Outback town. While each novel has romantic themes for certain characters, you get to know the town and its locals over the series, so readers are absorbed into that world. For British readers, too, it’s a fascinating series as it’s an environment few of us know from first-hand experience.

Catherine and I write The Captivating Captains series (published by Pride). Each book is different from the last – the characters and even the sub-genres are different, although they’re always m/m with a HEA. We roam from WW1 to Regency, contemporary romcom to paranormal. What unites the Captivating Captains isn’t sub-genre but theme – each novel features a captain, be he an Army captain, a lifeboat captain, or a highwayman, or whatever other captain we come up with. Of course, a captain signifies a specific sort of hero – someone dashing, brave, maybe selfless and quietly heroic, and who looks rather handsome in uniform. So although the sub-genres we plunder for the series vary widely, readers come back because ultimately, the theme brings the stories together in their own world.

So as you can see, there’s lots of different ways to write romance and romantic fiction as series. If you’ve had an idea for a story and you can’t contain it in one novel, then perhaps a series is the way forwards.

Thanks, Eleanor and Catherine for some excellent suggestions on how a writer might be able to take a story that step further. I’m certainly looking forward to reading more about the Captivating Captains.

Could you tell us a little about how you and Catherine approach collaborative working?

Eleanor: Collaborative writing can be done in lots of different ways. Some writers take a chapter each, then the other author goes over it and adds their own touches so the tone and voice are similar throughout. Or they sit in a room together, one typing and the other dictating. Catherine and I do things a little differently – we write together online, 100 miles apart. We divide up the characters between us and write the scenes together. It’s why the conversations between our characters sound realistic – it’s because it really is two people “talking” to each other.

Catherine: A vital part of our collaboration is a shared understanding of the plot and character journeys – we need to know roughly what’s going to happen and when before we start. We do let our characters lead us though, sometimes into significant changes, but we always start with what we hope will be a clear narrative path. Communication is super important too, and we’ve had some marathon Skype conversations over the smallest points of plot and character, but it’s during these conversations that we’ve come up with some of our most potent ideas too. Luckily we share a similar sense of humour and similar ideas what makes a romance tick, so we’re essentially knitting from the same pattern before we even pick up our needles.

So far, your books have been wide ranging in terms of genre. We are all excited about where you might take us with your next novel, so would you be able to give us a peek at what you have planned? 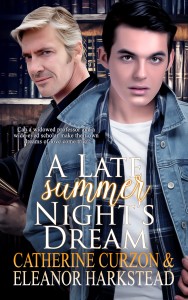 Eleanor: We’ve got a novella coming out on 19th February called “A Late Summer Night’s Dream”, about a widowed Oxford professor and a scholar whose paths cross at the theatre one night. It’s a contemporary m/m and a bit of a tear-jerker. Then in April “The Ghost Garden” will be published. It’s the first novel in our De Chastelaine Chronicles series. It’s paranormal romantic fiction set in the mid-1920s in a boarding school on Exmoor. All our co-written fiction published so far has been m/m (romance between men) but “The Ghost Garden” is our first co-written novel about a straight couple, so it’s a little different from what we’ve written before. We’re looking forward to introducing you to the rather strange world of Raf and Cecily!

Catherine: But our foray into M/F doesn’t mean that we’re abandoning out Captivating Captains. This year we’ve got two new M/M novels and a short story, so prepare to meet a Regency drag queen, a hero fresh from the battlefield at Waterloo, a best man looking for love on a tropical island and a slightly more mature chap who’s the very epitome of the dashing airline pilot. And that’s before I’ve even mentioned the jodhpur-clad Olympic showjumper and the gorgeous fireman who saves his life!

I heard that you and Catherine are venturing into the world of podcasting. Could you tell us more about this?

Eleanor: We are! We chat on Skype to discuss our stories and we often end up on strange tangents that are sort of related to our books but not always. We thought this might make entertaining podcasts – at least we’ll have fun recording them. The podcast is called Gin & Gentlemen, so look out for that soon.

Catherine: Our topics are very eclectic, from the appeal of older men to our writing practices and even a quick dash through love scenes… on the radio! We can’t wait to welcome some wonderful guests and of course, reveal who’s putting the fizz in our gin that week!

Thank you so much for taking the time to talk to us today, and good luck with the new stories and the podcasting. 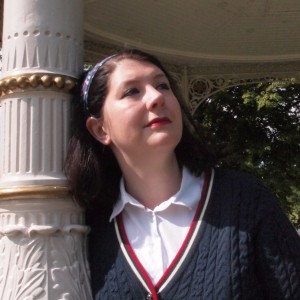 Eleanor Harkstead likes to dash about in nineteenth-century costume, in bonnet or cravat as the mood takes her. She knows rather a lot about poisons, and can occasionally be found wandering old graveyards. Eleanor is very fond of chocolate, wine, tweed waistcoats and nice pens. She owns a large collection of vintage hats. 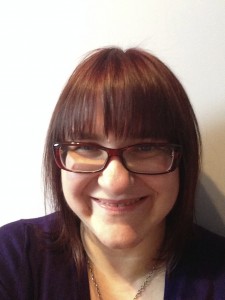 Catherine Curzon is an author and royal historian of the 18th century. In addition to her four non-fiction books on Georgian royalty, available from Pen & Sword, she written extensively for a number of internationally-published publications,  and has spoken at venues and events across the United Kingdom.

Catherine holds a Master’s degree in Film and when not dodging the furies of the guillotine can often be found cheering for the mighty Huddersfield Town. She lives in Yorkshire atop a ludicrously steep hill with a rakish colonial gentleman, a long-suffering cat and a lively dog.

Purchase links for all our titles are available on our website: https://curzonharkstead.co.uk/shop/

Share in the daydreams with her and read about gorgeous men who fall in love with men.