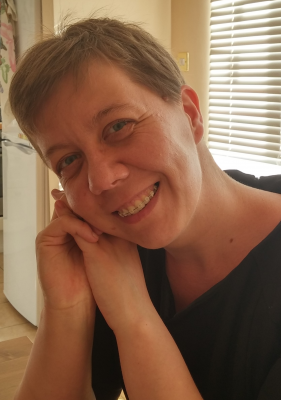 Today, we’re welcoming Mel Gough to the blog. Chances are, if you were at the RNA conference last year you might have already encountered Mel’s work via a sampler of her novella “Tainted Life” in your goodie bag. I know Mel for her excellent m/m romantic fiction, but she’s here today to tell us about the intriguing concept of the reverse harem.

It’s pretty much what you’d expect from the name: A Reverse Harem (RH) romance centres around one woman who has more than one lover. (Usually male lovers, I’ve not seen lesbian love stories with this theme though that doesn’t mean they don’t exist.)

The term was coined in the manga and anime context and originally seems to have referred to a story where a girl, often shy and ordinary, suddenly finds herself the object of desire of three or more suitors. Throughout the story, she is indecisive about which guy to pick, but eventually decides on one. Reverse harem romance novels go a step further: the girl or woman gets to have all the guys at the same time. No need to just pick one.

What’s the motivation behind writing reverse harem? I think that like all good romance, there’s an element of wish fulfilment and fantasy, because the idea of having several guys pine for the heroine is pretty hot. But I also think that turning the table on men in this way is very empowering. Women can and do fantasise (and even live) polyamorous relationships. And it’s usually not just about the sex or about flipping roles in the bedroom (though of course there’s plenty of RH erotic romance, too). Imagining stable, loving relationships that challenge the heteronormative, monogamist world we encounter day-to-day is a very attractive proposition that resonates with readers, and a lot of the authors who write in the Reverse Harem genre are doing very, very well financially. Google ‘reverse harem’ and you’ll see that many of them are very high in the Top 100 for a variety of romance sub-genres.

That’s another interesting thing, the genre in which the relationships play out. A lot of the RH books are paranormal, magical realism or sci-fi romance. The group of men that fall for our heroine are frequently shifters (they can take animal form; wolves are a favourite) or there’s some kind of alternative reality going on. I think one reason authors choose to set their stories in alternative settings is to make the unusual relationship appear more plausible. In a universe where the rules are different the readers will expect and accept a different approach to relationships, too. And paranormal, urban fantasy and magical realism are very popular genres in general.

But magic and shifters aren’t a requirement, and that brings me to my own RH project. I’m currently plotting and researching my first RH novel, and since I don’t write PNR or magic, it’ll have a bog-standard contemporary setting. However, I’m introducing a couple of twists: one, it’ll be a murder mystery and romance, with the emphasis being about equal on both genres. Two, my guys and my gal aren’t spring chickens. Often (again, not always) the women in RH are quite young. This, again, isn’t a trope I enjoy writing much. I like everyone to be messed up and have painful or embarrassing pasts. So the logline for my book will go something like this: After a rock band manager is murdered, an FBI agent is sent to investigate. When she encounters the musicians, who are about to embark on their reunion tour, she discovers a way of life that will turn her life upside down.

There’s one more aspect of the RH genre that’s worth focusing on. Sometimes, the relationships in the group are exclusively heterosexual, and sometimes they’re not. I haven’t read enough RH books to hazard even an uneducated guess about the distribution. But since my own writing background is gay romance with a strong emphasis on bisexual characters, it’s not hard to imagine what kind of book I’m going to write. My three male band members have a complex relationship history with each other, which they maintain throughout the book. The Special Agent is the newcomer who will find herself at the centre of something she’s never encountered before – and by the end, she’ll never want to leave.

Thanks, Mel – it’s really interesting to hear the inside story about a sub-genre I’m not too familiar with. Good luck writing your first RH novel!

The first part of your new three-part series is out on Friday 25th January. Can you tell us more about it?
Ben’s life appears perfect. He has a career to shine in and a beautiful family. But his marriage has broken down, and being a small-town cop is turning into a dead-end job.

Hot-headed troublemaker Donnie is used to being side-eyed by the fuzz. Getting dragged into the station for a crime he didn’t commit is no big surprise – but a cop who gives a damn sure is.

Ben has no clue how much a second encounter with the secretive redneck will shake up his life. Donnie’s sullen vulnerability arouses a passion Ben hasn’t felt for a long time. Soon, nothing matters but helping Donnie fight his demons. Can they carve a new life together out of the ashes?

The first book in this series is the first thing I ever had published. It came out with NineStar Press in 2017, but we eventually decided that we weren’t really a good fit. A series is a tricky thing to publish when nobody knows you, and the best way to do it is to be quick and capitalise on the buzz of the previous book. So I decided that I’d go a different route and get some exposure before putting this one out again myself.

The story is very typical for the kind of things I write. It has a lot of hurt/comfort (where one character takes care of the other who’s sick or hurt; sometimes they take turns) and characters with dark pasts trying to conquer their demons and failing – until they find each other and true healing can begin. I love Ben and Donnie, they were my first fully developed relationship. But after three books I think I have told all of their story. There could possibly be one more book, but I don’t think I’ll write it. The ending wouldn’t be happy and I’d hate to disappoint my readers.

You have lived in London for the past ten years – what elements of the city find their way into your work? How do you think the city influences you?

Until recently, my writing mind was busily roaming the US. I had a quite intense phase where a lot of my stories either centred around TV shows (it all started with fanfiction for me) or around celebrity characters, and those plots work better in places like New York and Los Angeles.

But I’ve now also written a novella and a novel set in London. The novella is Tainted Life (which readers might know from the sampler at the 2018 RNA conference). The other London-based book I’m currently querying.

Even though it took me a while to incorporate London into my stories, I think living here is partly responsible for me ever getting to the point of wanting to put pen to paper. The atmosphere here is like nowhere else, and just walking around you communicate with this huge, living, breathing, moving entity. And the snatches of conversations you overhear, the people you see, they all come together in these little snippets in your head. I’ll study the people (covertly from behind a cover of the Metro) and wonder what their lives are like. It keeps me entertained on the tube and waiting around for people outside restaurants. There must be so many Londoners who do the same. Maybe one day each of us should write a book about what this crazy place is like for us!

You’ve started work on a new series and have decided to use a new pen name for it. Can you tell us more about the series, and how big a departure it is from what you’ve written before?

The new series, called Love Medicine is actually an earlier work I’ve rewritten several times. I was going to query it but realised it wasn’t a good full-length book because it’s actually a series of novellas. I decided to publish it now because I still love the story, and I want to see how it does under a new pen name and with a new audience.

There are five novellas, and they’re about a lady doctor and an actor living in New York. Apparently, there’s a category called ‘medical fiction’, and this series fits right in there. I write a lot of hurt/comfort in all of my books but in Love Medicine I’ve taken that to a rather greater length. There’s also a small element of LGBT in the story, which is an important aspect of my author brand.

Mel was born in Germany, where she spent the first twenty-six years of her life (with a one-year stint in Los Angeles). She has always been fascinated by cultures and human interaction, and got a Masters in Social Anthropology. After finishing university she moved to London, where she has now lived for ten years. If you were to ask her parents what Mel enjoyed the most since the age of six, they would undoubtedly say “Reading!” She would take fifteen books on a three-week beach holiday, and then read all her mom’s books once she’d devoured her own midway through week two.

Back home in her mom’s attic there’s a box full of journals with stories Mel wrote when she was in her early teens. None of the stories are finished, or any good. She has told herself bedtime stories as far back as she can remember. In her day job, Mel works as PA and office manager. No other city is quite like London, and Mel loves her city. The hustle and bustle still amaze and thrill her even after all these years. When not reading, writing or going to the theater, Mel spends her time with her long-time boyfriend, discussing science or poking fun at each other.

About the interviewer: Eleanor Harkstead is from the south-east of England and now lives somewhere in the Midlands. She has a large ginger cat who resembles a Viking. Her m/m romantic fiction, co-written with Catherine Curzon, spans WW1 to the present day and is published by Pride. Historical paranormal series The De Chastelaine Chronicles will be unleashed this Spring by Totally Bound. You can find out more about Eleanor at her website: curzonharkstead.co.uk, on Twitter, Facebook, and Instagram.