Celia Anderson: Behind the scenes of the Romantic Novel Awards

Celia Anderson is the RNA’s Awards Organiser. And today she’s dropped by the blog to give us a behind the scenes look at how the Romantic Novel Awards come together…

Over to you Celia. 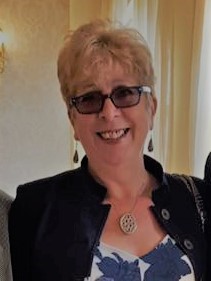 After months of preparation, involving hundreds of hard working judges and many hours of post-office visits, electronic book allocations and feverish number crunching by the invaluable OpenWater computer system, The Romantic Novel Awards are almost here.

For nearly sixty years, the RNA has recognised and given awards for the very best in romantic fiction. Thanks to discussion with key members of the publishing industry and to the enthusiastic input of our own members, the awards are constantly evolving to keep pace with changes both in the genre and with publishing trends in general. The categories are currently the Contemporary Romantic Novel Award and the Historical Romantic Award, both sponsored by Goldsboro Books, the Debut Romantic Novel Award sponsored by Katie Fforde, the Romantic Comedy Novel Award, sponsored by Simon and Schuster’s Books and the City community, the Fantasy Romantic Novel of the Year and the Shorter Romantic Fiction Novel of the Year.

In addition, the RNA will be awarding a Popular Romantic Fiction Prize sponsored by Sapere publishing, for a book nominated and selected by booksellers, book bloggers and librarians, and an Outstanding Achievement Award, for an individual nominated by RNA members for their exceptional contribution to romantic fiction.

Before I became involved in the fascinating role of organising this unique set of reader-judged awards, I had no idea of the scale of the operation or of the excitement bubbling under behind the scenes before the big, glittery event which this year happens on March 4th. In case anyone is wondering how it all works, here’s a brief rundown of what goes on in the background before we meet to present the trophies in the Gladstone library at One Horseguards Parade.

In early spring, the previous year’s judges are contacted to ask if they’re still available along with any new volunteers, none of whom can be RNA members. Because the RNA believes passionately in encouraging diversity in all forms of romantic novels, as highlighted by the advent and growth of the Rainbow Chapter, we also confirm with readers at this point that they open to romance in all forms, including stories featuring LGBTQIA+ characters. It’s gratifying to report that the responses were mainly along the lines of ‘romance is romance, whatever the gender involved.’ I also emphasise strongly at this point that although we are looking for a strong romantic theme running through the entries for all categories, other issues will usually be present, which doesn’t mean a book isn’t a romance at heart.

When the entries begin to flood in (and this year it was more of a torrent) the next job is to allocate them to readers as quickly as possible. Panels of readers are given four weeks to read three novels each. Most will take any genre, but if a judge expresses a desire not to read, a particular genre, every attempt is made to match the books with the appropriate audience. The cap of 300 entries is put in place to ensure that we have the judges and manpower to give everyone a fair crack of the whip.

Following the four week period, many of our readers request more assignments, which keeps the ball rolling throughout the summer. An increasing number of publishers and authors now submit ebooks, which have to be ePub for easy access for the majority of readers. The hard copies are sent out as they arrive, in hefty padded packages. I have got to know the obliging staff of my local post office extremely well in the last couple of years!

During the summer months, the readers’ responses mount up steadily, but by September I’m beginning to do some gentle nudging for the ones who are outstanding. By October, the nudging becomes a lot less gentle! When the shortlists finally come together, rigorous moderation ensures that we have a level playing field.

With the shortlists ready, extensive arrangements are being checked by the awards team. Ticket sales and venue/catering coordination, table decorations, the engraving and ordering of trophies, liaising with presenters and press, making sure all short-listed authors have their books ready for display on the night – all these angles are being covered.

On the night, we all look forward to celebrating not only those who have made it to the short-lists, but also the extremely high quality of the entries that have passed through the system. Romantic fiction is alive and well. Long may it continue!

Thank you Celia for that insight and for all your hard work.

The full shortlists for this year’s Romantic Novel Awards are here, and you can buy tickets for the Awards Presentation on 4th March 2019 here.