RNA Conference: From workshop to publication with Fanny and Roger

Today we welcome Virginia Heath, Rachael Stewart and Lara Temple to the RNA Blog to tell us how a session at the RNA conference comes together and about the very exciting impact a workshop can have.

Virginia over to you… 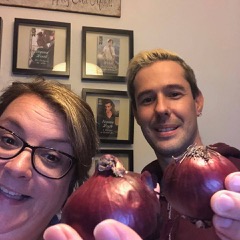 When we were asked to put on a writing workshop at the Romantic Novelists Association annual conference last year, my partner in crime Liam Livings and myself thought long and hard on what to do. He came up with the fabulous title: Sensual Love Scenes Without Stuffing the Turkey. I came up with the idea of writing the world’s worst love scene as a starting point and declared we should read it aloud to a packed auditorium. You see, I used to be a secondary school teacher, and knew that people often learned more from seeing something done entirely wrong than right. The idea being, the conference delegates could rip it apart before we taught them how to do it better. And thus, the now infamous Fanny and Roger were born.

Rosé was involved in creating that sex scene, lots of it as I recall, because it turned out both Liam and I have filthy imaginations. We laughed, we cringed. We took it in turns to create dreadful similes, cringe-worthy dialogue and set poor Fanny and Roger at it with little preamble and a whole lot of huffing and puffing. I am ashamed to say it was me to likened Roger’s wedding vegetables to “a couple of red onions in a string bag”. It was one of many horrendous comparisons in that short piece of unpublishable text.

At the conference, we rehearsed it so we didn’t laugh. That also involved Rosé and the night before discovered we were in the big auditorium which seated 200 because romantic novelists, it turns out, couldn’t wait to hear what our filthy minds had come up with. Everyone we passed all weekend seemed to stop us and say how much they were looking forward to our session on Sunday. Even the big party on Saturday night didn’t stop them coming out in their droves to be in that auditorium at 9am sharp.

We welcomed them with an 18 certificate poster on the door warning them of our explicit content on the door and a 10 decibel blasting of J’taime by Jane Birken and Serge Gainsbourg through the enormous professional speakers. Then a slide came up on the Imax sized screen. Once upon a time…

We got through the whole thing without laughing. The audience on the other hand were in stitches. Over a hundred romantic novelists sat their howling with tears streaming down their faces. It was a great session. One I’m not sure anyone had ever seen anything like it before. For weeks afterwards, Liam and I were bombarded with pictures of onions in a string bag on Twitter and Facebook. But apparently, aside from making them laugh, our little workshop also inspired people too. We are thrilled that it actually inspired a proper story and even more thrilled that Lara Temple and Rachael Stewart managed to sell it!

As for Fanny and Roger… well, I can confirm they will be back at the conference next year. But my lips are sealed on what they’ll be getting up to this time.

Well that workshop sounds like a lot of fun. Now here’s Lara Temple and Rachael Stewart to tell us a bit more about the story Fanny & Roger inspired… 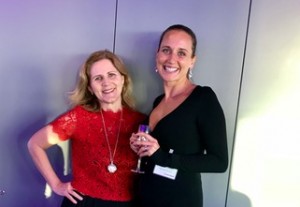 What happens when you put together a sassy historical romance author, a hot-as-hades Dare author, and conference session on how (not) to write terrible sex scenes? A Valentine Novella for Harlequin Mills & Boon, of course!

As with many RNA Conference goers, we were very eager to listen to what Virginia and Liam had to dish out during their session at the 2018 RNA Conference. With a title like Sensual Love Scenes Without Stuffing the Turkey, who wouldn’t be!

And oh how we laughed and loved every second. But more than that, we were inspired!

Paired together in the workshop element, we really hit it off and our imaginary characters took hold, leaving us determined to give them their story and work together. So off we went home and across the distance we wrote a collaborative piece. Not only that but we sold it too, to Harlequin Mills & Boon! His Second Chance Valentine will be launched as a fourteen day online read in February and we are so excited to see it getting out into the world.

It just goes to show how fabulous the romance world is – people working together, supporting, learning from each other, interacting in our little virtual circles that transcend genres (Lara writes Historical, Rachael writes Contemporary) and geography. A true example of love winning over space and time!

If your interested in seeing what we came up with, why don’t you hop over to the free on-line reads at the Harlequin website during the first two weeks of February leading right up to Valentine’s Day. We hope you enjoy our little tale as much as we loved writing it!

About His Second Chance Valentine

Billionaire Rafe hates Valentine’s Day for many reasons: the main one being the reminder of his own failed wedding to Juliet Walsh ten years ago. Juli broke his heart when she called an end to their whirlwind relationship just two weeks before the big day. But now they’re reunited for their friend’s wedding in sunny California and it’s clear that while their whole lives have changed, the heat they always generated remains off the scale! In such close quarters after so many years, can they make this a Valentine’s Day to remember, for all the right reasons?

This year’s RNA Conference takes place from 12th-14th July at the University of Lancaster, and as well as part two of the adventures of Fanny and Roger, the conference will also include opportunities to pitch work to agents and editors, talks from publishers and authors, craft workshops, and sessions on the business side of writing. Download the Booking Form.