Jo Allen: from romance to crime 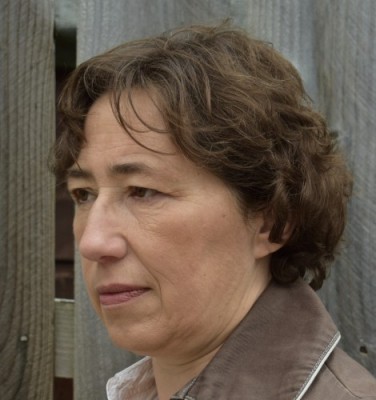 Jo Allen has several romance titles to her name, but she’s here today to tell us about her move from romance to crime fiction. Her debut crime novel Death By Dark Waters, the first in her DCI Satterthwaite series, is published on 9th May this year.

I started out writing romance but then… I turned to crime.

There isn’t, after all, such a great overlap between the two genres. I used to think there was, that if you wrote one you couldn’t write the other but of course that was nonsense and many better writers than I am have proved it. Romance, where I began (or where I began to be published) wasn’t easy but it was gentler and I’m a gentle soul. Plus the plots didn’t seem to require quite so much ingenuity. I was too scared to test myself in the particularly bloodthirsty waters of the crime genre.

I’ve always read a lot of crime, though, and after a while I began to find romance a little… shall we say, limiting? When I read a romance I want the happy ever after but when I read crime I don’t. I found that sometimes when I was writing romance I got a little rebellious. I didn’t want my protagonists to be immediately happy, because people aren’t.

Crime offers a variation on the romance genre’s demands for an HEA. Its equivalent is that the villain must be found, the murder solved, that justice must be done. Outwith that, the world is your oyster. You can take your protagonist, dangle happiness in front of him/her, and snatch it away, or never even offer a sniff of it. She can be unloved. He can be difficult.  She can be a bully. He can be a wimp. It doesn’t matter as long as they solve the crime.

Writing a crime series also offered me the opportunity to try out several complicated relationships that will play out over a long time. My protagonist, Jude Satterthwaite, is still in love with the girlfriend who dumped him over their different views on the morality of friendship versus justice, but when new colleague Ashleigh O’Halloran turns up the relationship potential is obvious. As a romance writer I don’t think I’d get away with that, especially because Ashleigh is also in love with someone else (her husband, since you ask) and has a bit of a chequered sexual history.

In romance that would be a no-no, and the only possible resolution would be to reunite everyone with the person they love. Jack shall have Jill, naught shall go ill and all that.

A crime series has given me much more scope to play with. Jude’s best friend — gay, middle-aged and celibate — takes a while to find a partner but when he finally does (in book 4) there are all sorts of repercussions, especially because it ties in with a series of homophobic killings.

The series is still young and although I have an idea where the relationships will go, that may well change. And I love that.

I’ll still read romance. I’ll probably still write romance. But right now I can sit back with a satisfied sigh at the twist in my tales and say: Reader, I killed him.

Thanks for sharing your experience of moving between genres, Jo. It’ll be interesting to see how your DCI Satterthwaite series develops. 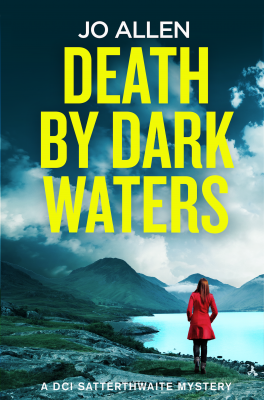 Which crime writers have had the biggest impact on you as an author?

I love the (largely female) authors of the Golden Age of crime fiction, and my favourites are Ngaio Marsh and Dorothy Sayers. Of course, these days the books are a little dated but there’s much to learn from their intelligence and their wit. They tend to be extremely well-written, too.  And I’m a bit of a sucker for romantic suspense, with Mary Stewart a clear favourite.

Do you know ‘whodunnit’ before you sit down to write?

Yes – and no. I always begin with the crime and work backwards, developing the characters as I go. There have been a couple of occasions when the characters have surprised me. In one case I got to the end and realised I had the wrong person. In another I realised that my whole setup was wrong and that the killer was not out for personal gain, as I’d originally planned, but had much more subtle (and sad) motives.

Why did you choose the Lake District as the setting for your crime series?

I spend a lot of time in the Lakes, a place I love. It seems to offer everything. There are endless opportunities for crime — mysterious wildernesses, stone circles, crags from which you can push your victims and lakes in which you can dispose of their bodies. You can disappear into a crowd or into the middle of nowhere in the blink of an eye. And it’s a beautiful place to write about.

The relationships between characters develop over the course of your series. Having written romantic fiction in the past, was it a challenge not to end the first novel with a romantic resolution?

Yes, definitely. I didn’t give in to the temptation but I’ve consciously had to slow down the pace of the romantic relationships that are in the series, and there have been a couple of occasions where I’ve added a romantic scene that does nothing at all for the plot. Fortunately both my agent and my editor are on the ball to remind me that I’m writing crime not romance.

Thanks again! It’s always interesting to hear how much planning goes into crime fiction and it’s intriguing that characters can sometimes show authors the way.

Jo Allen was born in Wolverhampton and is a graduate of Edinburgh, Strathclyde and the Open University, with undergraduate and postgraduate degrees in geography and Earth science. She’s been writing for pleasure and publication for as long as she can remember. After a career in economic consultancy she took up writing and was first published under the name Jennifer Young in genres of short stories, romance and romantic suspense, as well as writing online articles on travel and on her favourite academic subject, Earth science. In 2017 she took the plunge and began writing the genre she most likes to read – crime.

Now living in Edinburgh, she spends as much time as possible in the English Lakes. In common with all her favourite characters, she loves football (she’s a season ticket holder with her beloved Wolverhampton Wanderers) and cats.

About the interviewer: Eleanor Harkstead is from the south-east of England and now lives somewhere in the Midlands with a large ginger cat who resembles a Viking. Her m/m romantic fiction, co-written with Catherine Curzon, spans WW1 to the present day and is published by Pride. The Ghost Garden, the first installment in historical paranormal series The de Chastelaine Chronicles, will be unleashed this Spring by Totally Bound. Catherine and Eleanor have just launched the Gin & Gentlemen podcast. You can find out more about Eleanor at curzonharkstead.co.uk, and follow her on Twitter, Facebook, and Instagram.