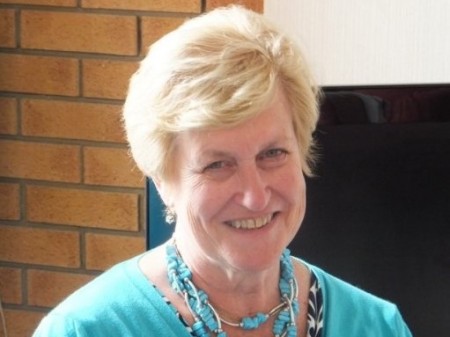 Today on the blog we say un grand bonjour to Ros Rendle, author of contemporary and historical fiction set in France. Ros lived in France for several years and she’s here to tell us how that experience influenced her writing.

We’ve had a holiday home just north of the Loire valley for well over twenty years and we lived permanently in the Pas de Calais in the beautiful area of the Seven Valleys for eleven of those. While living in France and immersing ourselves into the community of our small village I gained much experience of the local people and the history of those regions. The sights and smells, the houses, the scenery and the people are all a rich source. These I have used in several of my books.

My first published novel was Sense and French Ability which became an Amazon best-seller. There is an array of  people in the book, some of whom are colourful, though each is an amalgam of characters and incidents and no one is a person I know. It’s written with affection. As well as being a love story, of course, it is about how these disparate villagers are, or are not, brought together by a catastrophic incident similar to that devastating flood at Boscastle in 2004.

The first book of my series, The Strong Sisters, is set before and during WW1. The research for Flowers of Flanders (Book 1) was fascinating. We lived near the battlefields of the Somme and visited many times for memorial services and reburials of soldiers found during building works, for example. I also visited the National Records Office at Kew and discovered war diaries in which my grandfather is mentioned. He was a scout attached to the HQ on July 1st 1916, so his exploits on that first day are detailed. I was able to walk in his footsteps, one hundred years later, to within ten metres of where he was. Many of the events and anecdotes of trench life I found in my research, I was able to use in my book.

Flowers of Resistance (Book 2) is set in Vichy France as well as occupied France and many of the places about which I write, are familiar to me. It is true that a line for escapees and downed airmen ran through the middle of the Chateau de Chenonceau because it lies across the River Cher – the border between occupied France and the Zone Libre. In the north we had a V1 launch site in our village, now a ruin, but I was able to speak to local people about living there at the time. These books have won multiple readers’ awards. Currently I am enjoying writing a third in the series. Flowers that Shattered Stones (Book 3) which is set before and during the Cold War.

Even in my most recent book, a contemporary romance yet to be published, I have a Frenchman for one of my main characters and the intrigue of his past is based on a true situation of the modern day.

Thank you, Ros – that’s an interesting insight. And now onto some questions… 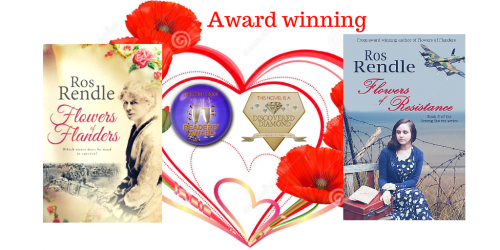 What was your road to publication like? Were you a New Writers’ Scheme member? What inspired you to write fiction?

My mother was a published author many times over, and a member of the RNA in the 1970s-90s. I started to write in the 1970s but ‘life’, in the shape of a young family and a demanding full-time job, became too much and I shelved it. When we moved to live permanently in France after taking early retirement, I dug out the original idea and wrote my first novel. After writing my second book, I joined the New Writers’ Scheme and it was this one – Sense and French Ability – that was my first to be published by Endeavour Media. I have learned such a lot as a member of the RNA and after rewriting that first story, it was published too.

A series came next and I’m still writing the third of those; three sisters and three times of major twentieth century conflict. The first two books and a novella of The Strong Sisters have all won awards and I’m enjoying the challenge of the third novel.

I continue to write contemporary fiction. Many of my books are associated with France and I have plenty of first-hand experience upon which to draw. Both the scenery and  a strong cast of varied characters have been inspiration

I’m sure my mum would have been proud but I’m sorry she’s not around to have enjoyed this part of our shared writing career.

Do you have a writing routine, or a spot where you feel is most productive for writing?

Now that I no longer have the routine of paid employment, it’s very easy to become diverted from work so I write best when my husband is out. He’s involved with several charities so then I dive up to my little workroom and get on with writing. I love this space. It’s not neat but it’s mine. It’s quiet, restful and I have everything I need including my ‘fumsup’ collection and some precious embroidery from one of our young granddaughters. 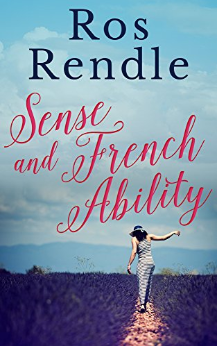 Scent is a powerful sense and can transport someone back to a place and time. The lavender fields on your book covers remind me of a school exchange trip to Avignon that I went on as a teenager – I think of the little shops in the ancient streets that sold lavender oil and soap. Are there any particular scents or sounds that you associate with France?

The scents of the Friday market are very clear. Yes, the bunches of lavender hanging, as well as the strings of garlic and the huge dishes of paella cooking. It’s a ‘must’ to linger around the charcuterie stalls with all the dried meats and huge hams, and as for the  cheese stands where the man will carve off a morsel of any for a taste, well. . .

The morning cockerel reminds me of our time in France. Now that we are back in the UK it’s so quiet. There, bird song is prodigious in spring and autumn, not so much in the heat of summer. But it’s the sight of a field of sunflowers that still stings my eyes with emotion when we go back for the summer holidays.

Can you tell us about the fumsup charms, one of which appears in your novel set in WW1? You have a large collection of them – where do you find them?

I have a collection of over fifty ‘fumsups’ or ‘touchwuds’ as they are sometimes known, mainly purchased from various auction houses, and all slightly different. They were first registered as a design in late Victorian times but became hugely popular during WW1 and given to soldiers for a safe return. The arms of the tiny manikins are articulated to touch the wooden bead head, said to be made from holy oak. There is a four leaved clover on the forehead and ‘fumsup’ written across the round little tummy. Wings on the ankles are to speed return. The eyes might be coloured gemstones in the gold variety or glass in the cheaper silver or brass ones. There are some rarer female-shaped ones and some from the 1950s, but these are usually animals or figures depicting an occupation. Then some others were brought out as special commemorations. In my book, Flowers of Flanders, Rose gives hers to Michael when he goes to France.

Tell us about your next release – what can your readers look forward to next?

I have completed Cuckoo’s Council and it’s looking for a home now. A forty-something woman must find herself after the unexpected death of her husband. It is a contemporary romance with memorable characters experiencing the uncertainty of a second love. There are all the underlying issues and tensions when balancing family needs that many have, but uplifting warmth, too. Help can come from surprising places. Will the enigmatic Frenchman with a secret, and an elderly rural rough sleeper rescue Angela?

Thank you again, Ros – and good luck with your next book. Bon chance!

Having worked as a head teacher, Ros has been used to writing policy documents, essays and stories to which young children enjoyed listening. Now she has taken up the much greater challenge of writing fiction for adults. She writes both historical sagas and contemporary romance; perfect for lying by a warm summer pool or curling up with on a cosy sofa
Ros is a member of the Romantic Novelists’ Association and the Historical Novelists’ Society.

She has lived in France for ten years but has moved back to the UK with her husband and dogs. While there, she gained much information which has been of use in her books. They are thoroughly and accurately researched.

Ros has two daughters and four grand-daughters with whom she shares many heart-warming activities.

About the interviewer: Eleanor Harkstead is from the south-east of England and now lives somewhere in the Midlands. She has a large ginger cat who resembles a Viking. Her m/m romantic fiction, co-written with Catherine Curzon, spans WW1 to the present day and is published by Pride. Historical paranormal series The de Chastelaine Chronicles will be unleashed this Spring by Totally Bound. Catherine and Eleanor have just launched the Gin & Gentlemen podcast. You can find out more about Eleanor at curzonharkstead.co.uk, on Twitter, Facebook, and Instagram.