Lorna Cook: the pain of blending fact and fiction 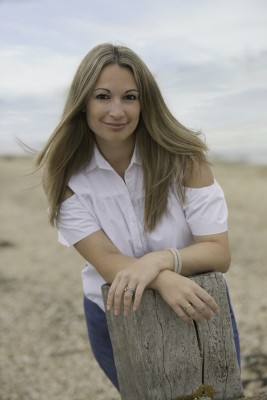 Lorna Cook’s debut novel, The Forgotten Village, is out today. It’s a timeslip novel passing between WW2 and the present day set in the requisitioned village of Tyneham. Here’s Lorna to tell us about writing the historical thread of the novel, and about the real-life tragedy that inspired it.

When I started writing The Forgotten Village, I had no real idea of what the residents of Tyneham, the Dorset village requisitioned in WW2 and never returned, went through. Imagine being evicted from your home with only a month’s notice. Imagine not knowing when, or if, you’d ever be allowed back. Now imagine it’s all happening at Christmas in the middle of a world war. While I appreciate the sacrifice the residents made it’s easy to forget it wasn’t among the biggest of sacrifices if you compare it to what others in the war went through. Those in the blitz often lost their homes and their lives.

And this is where the pain of blending fact with fiction occurs. I wanted to convey a sense of dread, of urgency, the enormity of a community falling apart and the uselessness of those experiencing a sudden requisition order. But I also have to remember I’m a writer, not a historian. I could wax lyrical about the intricacies of how requisition orders work and of how individual families, shopkeepers and farmers in Tyneham were rehomed. (I’m now very well read on this topic) but instead I chose to be very conservative with how much research I put in the book so it didn’t overshadow what I hope, is a good story in a forgotten setting.

I really did feel Tyneham had been all but forgotten. But it wasn’t alone in having been a village subject to a requisition order. Six villages in Norfolk were taken during the war and over time, morphed into a troop training centre. Imber in Wiltshire was also requisitioned in the winter of 1943. And then, hot on its heels, one month later, Tyneham was taken. None of the residents of any of the villages would have known about each other’s requisition orders. Under the cover of official secrecy the only clue to what was happening at Tyneham were urgent auction notices placed in local newspapers by farmers hoping to sell their livestock and farming equipment before their eviction.

While trying to stay true to the major events surrounding the village, I took the frenetic energy of the requisition of Tyneham and tried to imagine what it was like at the ‘Great House’. Like the villagers, the residents of Tyneham House were not immune from requisition but I’ve created a cast of characters at the house who never existed. In the story I’ve weaved a desperate tale of Lady Veronica who in the opening pages of the novel is trying to escape the village and her menacing husband. And in the present day, a young woman looking to escape a troublesome relationship begins the search for Veronica after it’s discovered there’s no trace of her after requisition.

In The Forgotten Village fact and fiction collide but fiction takes precedence. After all, a novel masquerading as a history lesson is probably only incredibly interesting to the keenest of historians. For the rest of us, there’s the unadulterated joy of fiction.

Thanks, Lorna – that’s an incredible and very sad story. I’m not surprised it inspired you! I’m desperate to know what happens to Lady Veronica now… 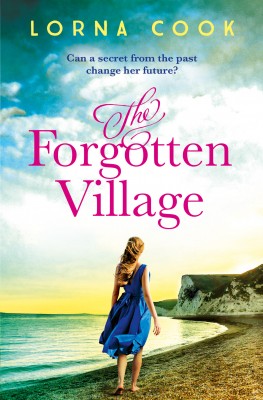 The Forgotten Village is your debut novel. Can you tell us about your route to publication?

I was very lucky in that my route to publication wasn’t as long as it could have been. I wrote a (very bad) novel that will never see the light of day in 2016 but it proved to myself I could finish a full-length manuscript. In 2017 I joined the RNA New Writer’s Scheme. I knew I wouldn’t submit the very bad novel but by this point I’d started working on The Forgotten Village. I met two agents at that year’s conference one to ones, organised by the marvellous Elaine Everest. Both of the agents loved the first chapter and called in the full manuscript. I bravely asked if they could wait for it given that I hadn’t even submitted it to the NWS for critique! They agreed and I hastily submitted the manuscript to the scheme. When my report came back weeks later it was better than I could have hoped for but there were issues that needed addressing. I dealt with them in double quick time, submitted to the two agents and waited. Within two days, both of them had read it and…I received the first rejection. It was positive but, ultimately, the novel wasn’t for her. The second agent offered to work with me on the manuscript and we worked together for quite some time before, for various reasons, I realised she wasn’t going to be the right agent for me. I took a deep breath, went out on submission to the wonderful Becky Ritchie at A.M.Heath and two others and received offers of representation within days of submitting. I was so incredibly lucky. I knew Becky was the one! Becky and I worked on the manuscript for a few weeks and then she sent it out to a first round of publishers. It became rather an exciting week when Avon made an offer for the book for world English rights, A.W. Bruna in the Netherlands made an offer for Dutch rights and Penguin made a pre-emptive offer for the German rights.

Who are your favourite dual timeline authors? Was there any novel in particular that inspired you to write fiction? Will the Essex coast where you live (I know it well!) crop up in future novels?

Dual-timeline is my favourite genre to read so it was bound to happen that I’d write in this style. I adore Kate Morton. I remember picking up her first book, The House at Riverton and knowing it was a game changer. I’m also completely addicted to novels by fellow RNA member Liz Fenwick whose writing is utterly seductive. Lucinda Riley and Rachel Hore are also high on my list of go-to authors. Collectively they have all inspired me.

I don’t currently have any plans to write a novel set in Essex but never say never!

What do you like about writing dual timeline? Would you ever write a novel that was purely contemporary or purely historical?

Yes! I’d love to write pure contemporary and pure historical novels. But there are only so many hours in the day and I feel that with dual timeline I’ve found my niche.

Do you have any tips for anyone who wants to write dual timeline? Would you recommend investing in large quantities of Post-It notes?

Ha! I plotted The Forgotten Village so intricately, which can be rather draining. I am one of those mad authors that mainly uses word documents so yes, it’s hard to keep track but imagine if a sudden gust of wind knocks all your post it notes to the floor. Plotting disaster! I did find an excel spreadsheet of what happens in each chapter very useful when it was time to re-organise chapters during structural edits.

What can you tell us about your future projects?

I’m currently writing my next book, due out early 2020.

And what have you got planned for release day today?

I’m going to be checking my Amazon rankings like a woman obsessed! I will also be tweeting as if there’s no tomorrow. There might also be Champagne.

Congratulations on your debut novel and enjoy your first publication day – hopefully the first of many!

Lorna Cook lives in coastal South East England with her husband, daughters and a Staffy named Socks. A former journalist and publicist, she owns more cookery books than one woman should but barely get time to cook.

The Forgotten Village is out now on Amazon and is available from other booksellers.

About the interviewer: Eleanor Harkstead is from the south-east of England and now lives somewhere in the Midlands with a large ginger cat who resembles a Viking. Her m/m romantic fiction, co-written with Catherine Curzon, spans WW1 to the present day and is published by Pride. The Ghost Garden, the first installment in historical paranormal series The de Chastelaine Chronicles, will be unleashed this Spring by Totally Bound. Catherine and Eleanor have just launched the Gin & Gentlemen podcast. You can find out more about Eleanor at curzonharkstead.co.uk, and follow her on Twitter, Facebook, and Instagram.