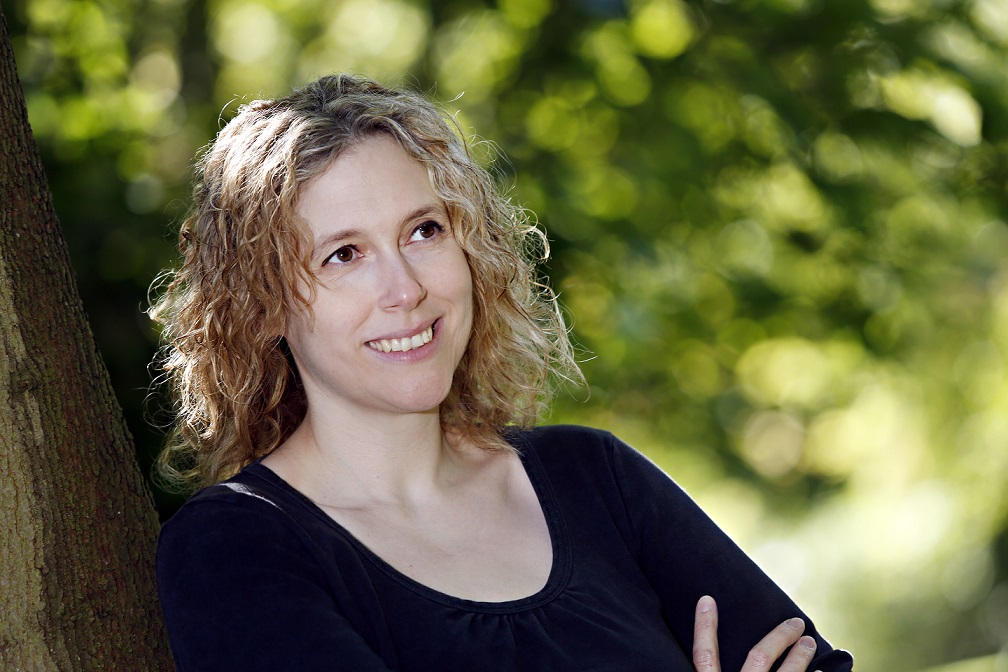 It’s publication day for Mollie Walton’s debut saga, The Daughters of Ironbridge. Eleanor Harkstead decided to find out more about Mollie’s inspiration for the series and how she goes about writing sagas.

What drew you to setting your trilogy in Ironbridge?
I was visiting Shropshire in 2016 to see my brother and his wife, who live there. I’d just decided with my agent to plan out a saga trilogy, but I hadn’t decided on a setting yet. I had never been to Shropshire before and knew very little about it. Well, I was bowled over. Ironbridge is set in the Severn Gorge, so the river runs through the town and there are deep, dark woodlands all around. As it was the birthplace of the industrial revolution, there are many museums around town that give a comprehensive insight into the period and the different industries. Then, there’s the bridge itself. I remember walking across it and standing in the middle, seeing the date 1779 stamped on it. I looked out through the iron bars down the river and I had this moment of history shivers, when you suddenly feel connected to the history of a place. I just knew I had to set my saga there. I started making notes for the story almost immediately!

How many years is your trilogy set over – does it follow several generations or the same main characters?
The first book begins in the 1830s; the second is in the 1850s and the third is planned to be in the 1870s. We see three generations of the same two families and there are some characters who feature in all three books. It’s been a real challenge to write a series, which I’ve never done before, as you have to think ahead so much to not only the book you’re writing, but another book or two to come! It takes a hell of a lot of planning.

Do you have any plans for more sagas after the Ironbridge trilogy?
Absolutely, if I am asked to do so! I would love it. Despite the challenges of writing a trilogy, I’m loving the process and being able to stay with the same setting and characters across the books. I actually have stories in mind for three more Ironbridge books, spanning the late nineteenth century up to WW2. So I’d love to write them one day…

You also write historical fiction as Rebecca Mascull – are there more novels on the way?
I have ideas for several new stories for Mascull books, but at present I’m focusing on the saga writing and hugely enjoying it. We shall see what the future brings…

I was wondering if you think there’s a big difference between your Rebecca Mascull novels and your Mollie Walton sagas – it’s all historical fiction but do you approach writing them differently?
This is a great question and actually really hard to answer, because the truthful answer is, I really don’t know! I’d be interested to hear what readers think who’ve read my other Mascull novels too. I think that I did definitely have to approach the story in a different way, with particular elements that I felt saga readers would love to see in the story. I also found myself making the plot front and centre much more, so that the story moved in a more pacey fashion perhaps. I certainly felt I spent less time adding in details that I would probably include in a Mascull novel. For example, my Mascull novels have topics such as the Boer War, C18th scientific exploration and early aviation – in all of these subjects, a Mascull book would typically go into a lot of detail on the minutiae of each endeavour and how it all works. Saga plotting doesn’t have the same room for that, I felt, as the plot is crucial in driving the characters forward to their destinies. That’s the main difference I found in writing, anyway. And I actually loved that streamlining approach and found the stories so fun to plot and create. It was a branding choice to have a new pen-name for the saga books and I believe it was a great choice. Mollie was my maternal grandmother’s first name and Walton was my paternal grandmother’s maiden name, so it has a lovely family connection too. I do feel Mollie Walton is a classic saga name and suits the trilogy really well. I now need to go away and practise my new signature (a bit like when I fancied a film star when I was a girl and practised signing my married name…)

And by the way, one of my characters is from Shropshire and has the surname Woodvine too!
It’s a lovely Shropshire name! I felt it was perfect for my ironworkers’ family, as they live alongside the river and it has that natural quality to it.

Thank you, Mollie, that was really interesting! Good luck with your Ironbridge series.

About The Daughters of Ironbridge
Anny Woodvine’s family has worked at the ironworks for as long as she can remember. The brightest child in her road and the first in her family to learn to read, Anny has big dreams. So, when she is asked to run messages for the King family, she grabs the opportunity with both hands.

Margaret King is surrounded by privilege and wealth. But behind closed doors, nothing is what it seems. When Anny arrives, Margaret finds her first ally and friend. Together they plan to change their lives.

But as disaster looms over the ironworks, Margaret and Anny find themselves surrounded by secrets and betrayal. Can they hold true to each other and overcome their fate? Or are they destined to repeat the mistakes of the past?

About the author
Mollie Walton is a novelist of saga fiction and also writes historical fiction under her own name Rebecca Mascull.

Her next trilogy of historical fiction is a series to be published by Bonnier Zaffre as The Ironbridge Saga, set across the nineteenth century in Shropshire, at the heart of the industrial revolution. The first novel in the trilogy is set in the iron industry: The Daughters of Ironbridge (2019), with the following two books of the series out in 2020 and 2021.

Writing as Rebecca Mascull, her first novel The Visitors (2014) tells the story of a deaf-blind child living on her father’s hop farm in Victorian Kent. Song of the Sea Maid (2015) concerns an eighteenth-century orphan girl who becomes a scientist and makes a remarkable discovery. The Wild Air (2017) is about a shy Edwardian girl who becomes a celebrated aviatrix but the war is looming. All are published by Hodder and Stoughton.

In 2018, Rebecca completed the ending of her friend and fellow novelist Vanessa Lafaye’s final work, Miss Marley, a prequel to A Christmas Carol. Vanessa passed away when writing the novella and Rebecca worked with HarperCollins to finish writing the last chapters.

She has previously worked in education, has a Masters in Writing and lives by the sea in the east of England.

About the interviewer: Eleanor Harkstead is from the south-east of England and now lives somewhere in the Midlands with a large ginger cat who resembles a Viking. Her m/m romantic fiction, co-written with Catherine Curzon, spans WW1 to the present day and is published by Pride. The Ghost Garden, the first installment in historical paranormal series The de Chastelaine Chronicles is published on 23rd April by Totally Bound. You can hear Catherine and Eleanor chat about writing on their Gin & Gentlemen podcast. Find out more about Eleanor at curzonharkstead.co.uk, and follow her on Twitter, Facebook, and Instagram.