Elaine Everest: from Woolworths to teashops 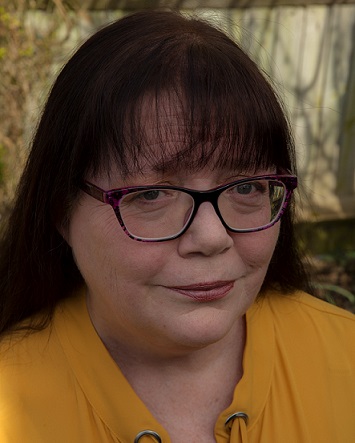 Thank you so much for inviting me onto the RNA blog. I have happy memories of running social media for the RNA and getting to know so many members along the way.

Varied as I started by writing articles, features, short stories, entering writing competitions, being a shareholder and commissioning editor for a trade publication, a qualified CW tutor for adult education and being commissioned to write three non-fiction books for dog owners. I learnt the craft of writing novels along the way and felt my way through several genre until I found the one that suited me and my writing style. I’m proud to be a graduate of the New Writers’ Scheme and through it found my agent, Caroline Sheldon.

You’ve been a freelance writer for many years, but what inspired you to write sagas?
I’ve been a freelance writer for twenty-two year now but have only written novels seriously for the past eight years. I’ve been with Pan Macmillan since 2015 with my first book, The Woolworths Girls, being published in May 2016. I’ve been an avid reader of historical sagas for longer than I care to remember so when the opportunity came along to write a novella for a competition, I decided to dive right in. I set the story where I grew up, as I know and love the history of North West Kent. I won the competition; Gracie’s War was published and through that little book I met my agent. The rest, as they say, is history.

You’ve written five novels about shop girls at Woolworths, and your newest title is The Teashop Girls. Will you be writing more teashop novels, or will there be more Woolworths girls on the way?
Readers have been so generous and have taken the Woolworths girls to their hearts. There will be more books about the girls. In fact, I’m writing another due for publication in the Spring of 2020. As soon as this book is filed, I will be starting the second teashop book, so I get to visit the Kent seaside once more.

Are you planning on writing another Butlin’s novel too?
I would love to write another Butlins book and do have outlines for new stories. My characters do pop up in each other’s books so if we don’t revisit Butlins at least we will see some of the characters.

Your historical novels so far have been set in the mid-20th century. Are there any other historical periods you’re tempted to write about?
My feet are firmly set in the 20th century but I have outlines for WW1 and the 1920s. Come to that I also have an idea for the 1960… 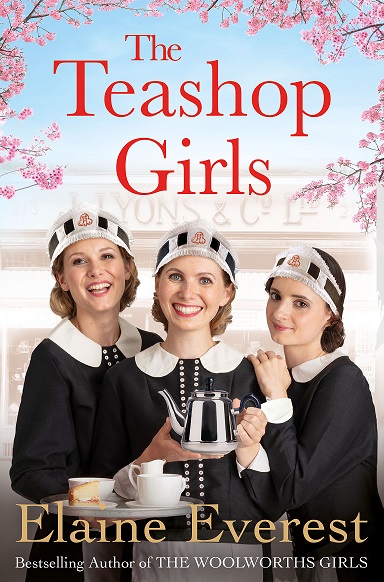 What sort of research did you do for The Teashop Girls? I hope it involved eating lots of cake! Have you met up with women who worked as Lyon’s “Nippies” or in Woolies and Butlin’s as part of your research?
Cake is involved but more when I visit Ramsgate and Margate to check out settings, libraries and museums. I love to visit the Ramsgate Tunnels and recommend them to anyone interested in the war years. The trustees have made a great job of keeping Ramsgate history alive. Yes, I have met and know many Woolworths workers who worked in the stores I write about. I was also a Saturday girl back in 1969/70 and the layout and staff structure hadn’t changed much from the war years. Little did I know that at the age of fifteen I was storing memories that would be used many years later.

As a youngster I went to Warners Holiday Camp with my parents. The camp was run on the same lines as Butlins so my memories also helped there. We also holidayed in Ramsgate and stayed in a guest house similar to the one in The Teashop Girls. I have happy memories of both seaside towns which has helped with the nostalgia.
A wonderful part of writing Historical Sagas is that I get to share memories with so many readers. What’s not to like about that?

What exercises do you find most useful for your students when you’re teaching at your creative writing school, The Write Place?
The classes I run at the Write Place in Hextable, Kent are for novelists. Many of my students are now published and I also have some wonderful new students who can tell great stories. Exercises can be anything from working on characters to setting up ‘elevator pitches’ and author interviews in preparation for when the book is finished. I like to think I’m the link between the writing/publishing world and those who have yet to experience the profession. Many of my students end up joining the NWS and quite a few have graduated.

What are you working on at the moment?
I’m finishing the next Woolworths book, set in 1947/8. The war is over, and the girls have moved on with their lives but for some life is not so rosy. Already I’m thinking about the second Teashop book and what my Nippies will get up to during WW2.

Thank you again, Elaine!
Thank you so much for inviting me to the RNA blog and asking such interesting questions.

The Teashop Girls is a warm and moving tale of friendship and love in wartime, by the bestselling author of the Woolworths series, Elaine Everest.
It is early 1940 and World War Two has already taken a hold on the country. Rose Neville works as a Lyon’s Teashop Nippy on the Kent coast alongside her childhood friends, the ambitious Lily and Katie, whose fiancé is about to be posted overseas in the navy. As war creates havoc in Europe, Rose relies on the close friendship of her friends and her family.

When Capt. Benjamin Hargreaves enters the teashop one day, Rose is immediately drawn to him. But as Lyon’s forbids courting between staff and customers, she tries to put the handsome officer out of her mind.

In increasingly dark and dangerous times, Rose fears there may not be time to waste. But is the dashing captain what he seems?

The Teashop Girls is the new book by Elaine Everest, much-loved author of the Woolworths Girls series. Available on Amazon

About the author: Elaine Everest, author of bestselling novels The Woolworths Girls, The Butlins Girls, Christmas at Woolworths, and Wartime at Woolworths was born and brought up in North West Kent, where many of her books are set. She has been a freelance writer for twenty two years and has written widely for women’s magazines and national newspapers, with both short stories and features. Her non-fiction books for dog owners have been very popular and led to broadcasting on radio about our four-legged friends. Elaine has been heard discussing many topics on radio from canine subjects to living with a husband under her feet when redundancy looms.

When she isn’t writing, Elaine runs The Write Place creative writing school at The Howard Venue in Hextable, Kent and has a long list of published students. Elaine lives with her husband, Michael, and their Polish Lowland Sheepdog, Henry, in Swanley, Kent and is a member of the Romantic Novelists’ Association, The Crime Writers Association, The Society of Women Writers & Journalists and The Society of Authors.

About the interviewer: Eleanor Harkstead is from the south-east of England and now lives somewhere in the Midlands with a large ginger cat who resembles a Viking. Her m/m romantic fiction, co-written with Catherine Curzon, spans WW1 to the present day and is published by Pride. The Ghost Garden, the first installment in historical paranormal series The de Chastelaine Chronicles is out now, published by Totally Bound. You can hear Catherine and Eleanor chat about writing on their Gin & Gentlemen podcast. Find out more about Eleanor at curzonharkstead.co.uk, and follow her on Twitter, Facebook, and Instagram.