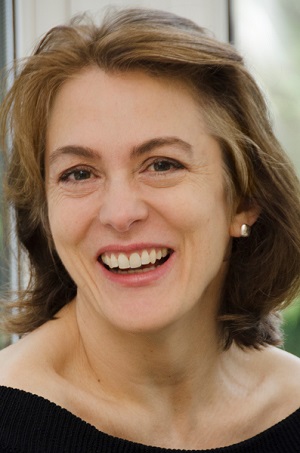 Nicole Locke’s Secret of a Highland Warrior, part four of The Lochmere Legacy series, is published on 27th June. Nicole dropped by to talk about the rivalries between Scottish clans and why she writes historical fiction.

A significant part of the Lochmore Legacy series storyline is the feud between the Lochmore and the McCrieff clans. So entrenched is their distrust that even though in 1293 a Lochmore Chief marries a McCrieff Tanist’s daughter, disagreements and clan battles continue until the 19th century. The question is why this would be the case. Wouldn’t a marriage of convenience between two enemies unite the clans?

Well, definitely not in a historical romance series where there’s a mystery of a brooch to solve. But also, when we’re talking Scottish Clans, we’re talking loyalty, and that’s not such a simple subject.

The word clan comes from the word offspring. A clan is a family, and most of these clans (if not in name, at least in identity) date back centuries. That’s loads of years to establish which family is best and whose property is whose. Outsiders have prick and prodded at the strength of clans. Kings most of all because clan ownership doesn’t fall too easily under feudalism since clan ownership is communal.

Remember the infamous 1396 Battle of the Clans between Clan Chattten and Kay? King Robert III, to restore his reign against these pesky clans, orchestrated sixty warriors (thirty on each side) to fight to the death. In the end Chatten won with the final Kay warrior jumping into the Tay to escape. One of King Robert’s points was to reveal to all the spectators what a farce these warriors’ loyalty was. But it backfired, and the tournament was hailed and retold until it became a tale of Scottish valour and great heroism.

So, too, in Secrets of a Highland Warrior from The Lochmore Legacy series, a king gets involved between the Lochmore and McCrieff rivalry when he decrees some McCrieff land belongs to Lochmores. The McCrieff Tanist ignores the king’s command, and it’s up to the heroine and hero to solve the dilemma. Except a marriage of convenience isn’t all that convenient when decades of animosity have built up, lies are being told, identities are crossed, and someone is out to betray them.

Not an easy path to a happily ever after, but part of the charm of clans are their conflict and loyalty. That tenaciousness equates to strength after all and though real-life battles have been fought, laws made, etc., the clans still fascinate readers, and gather extended family to this day.

That all certainly sounds like a recipe for drama and excellent material to spark off ideas for enthralling stories! 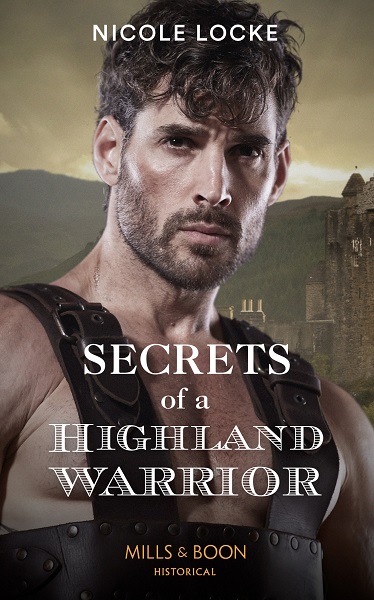 Why does Mediaeval Scotland appeal to you for your settings? Were there authors in your grandmother’s cupboard of romance novels who awoke your interest in the genre/time period?

My grandmother’s collection was all the modern Mills and Boon/Harlequin. What I call my little pockets of happiness. I devour those to this day.

So how did I end up writing Medieval? Long ago and far away, I came across a quote from King Edward of England that forever captured my heart. When Eleanor, his wife of 32 years died, he wrote a letter to the abbot of Cluny about his anguish, about his wife: ‘whom in life we dearly cherished, and whom in death we cannot cease to love.’

Edward’s life, his brutality and betrayals (he gave as good as he got) are well documented. He was a hammer, a foe, a force, but he loved. He was a man all the same, and he grieved with a love he was incapable of stopping.

So I write historicals about England, Scotland, and Wales. About gripping conflicts and betrayals. Ultimately, I want to find that one cherished love. The one that cannot cease.

You live in the US – have you visited the UK? Which parts and which did you like best? Did any places inspire you when you visited, or where would you like to visit if you haven’t?

I live in the US now, but not always. I was born and raised in the US, met my husband and then we jumped the pond. I lived in the UK for over a decade and my kids were raised there.

Why am I here now? Good question. There are many factors that had us returning for a bit, but there’s no doubt where are hearts are…and that’s with clotted cream.

Are there any differences between how you would usually plot and write a novel versus how you’ve written your Lochmere Legacy instalment?

Much different! I’m a planner and procrastinator. In other words, I map out all the details early, and then in a rush write at 1am. Only to re-plan again when that 1am writing comes up with something new.

None of which would work when writing a story with three other authors…all of whose books would be written and published first, but whose timeframe comes after my story. I had to come up with ideas early and incorporate any of their changes to mine!

In the end, the book, Secrets of a Highland Warrior, and the series are all the better for it. Now if only I can keep to that more efficient writing schedule for the #LoversandLegends series!

About the author Nicole is the author of Harlequin’s Lovers and Legends and The Lochmore Legacy series. She lives in Seattle with her two completely opposite children, who if not for their birth certificates and their red hair, she’d argue they weren’t related, and her husband, who if not for his red hair, would have returned them. If she isn’t working on the next book while drinking tea and eating Haribos, she can be reached at NicoleLocke.com, Facebook, Twitter and Instagram!

Find Secrets of a Highland Warrior at Amazon and Mills & Boon. There’s even a Secrets… Facebook page too.

About the interviewer Eleanor Harkstead is from the south-east of England and now lives somewhere in the Midlands with a large ginger cat who resembles a Viking. Her m/m romantic fiction, co-written with Catherine Curzon, spans WW1 to the present day and is published by Pride. The Ghost Garden, the first installment in historical paranormal series The de Chastelaine Chronicles is out now, published by Totally Bound. You can hear Catherine and Eleanor chat about writing on their Gin & Gentlemen podcast. Find out more about Eleanor at curzonharkstead.co.uk, and follow her on Twitter, Facebook, and Instagram.