Today, we welcome Glenda Young to the blog to tell us about her new book, The Tuppenny Child now available in hardback, audio and ebook. The paperback will be released in October. This is Glenda’s second novel, following on from her debut Belle of the Back Streets. A third novel Pearl of Pit Lane is released in hardback, audio and ebook in November 2019. 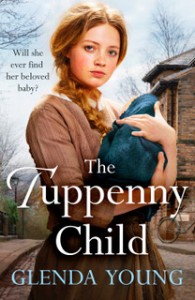 The Tuppenny Child is my second novel set in the northeast coalmining village of Ryhope, in 1919. It’s got a fantastic heroine at its core, who arrives in Ryhope with no money, no friends, no family. She is there to find her baby who has been stolen from her. And she’s a kick-ass feminist icon too! She becomes the first woman in the village to wear trousers, to ride a bike, to set up her own business – and all the while she’s searching for her stolen child. Not just that, but she brings down one of the most powerful men in the village while she’s on! It’s a rollercoaster of a ride that includes the fantastic traditional Irish custom of Nollaig na mBan – the Women’s Christmas –  done in heartwarming, pit village style! All of my novels are standalone books, not a series, and all are published by Headline.

Thank you, Glenda, if you don’t mind staying with us, I’ve a few questions for you.

The book sounds wonderful and searching for a lost child is an incredibly emotive subject. Could you tell us a little about your inspiration for this?

Ryhope is an incredibly tight-knit community, even more so one hundred years ago. I started by thinking about an outsider coming into the village – who would it be and what would they be running from, or hiding? I decided to centre on a young girl who knows no-one – and she brings a secret with her. She’s searching for her child who has been stolen but where does she even begin to start looking? She has no money, no friends, no job… but she is desperate to get her child back. From there, I send my heroine – Sadie – on a rollercoaster of a ride as she carves out a life for herself in a new village. Sadie is a real go-getter, determined and brave. She’s a feminist icon and I love her!

Your books are incredibly well researched. How do you approach this? What sources do you find the most useful for the day to day lives of people in this era?

Thank you! I love researching Ryhope as it is the village where I grew up. I still have family there and am part of the Ryhope Heritage Society now, so I visit often. I use as many sources as I can – chatting to people is the most valuable, but also libraries, archives, maps and online sources too. But it’s people’s memories and stories that aren’t written down that are the most interesting part of research, for me.

You have a fascinating writing history, particularly with the Coronation Street blog. Does this kind of writing help inspire your novels?

Without doubt, the world of soap opera inspires the heroines at the core of my novels to be as feisty and strong as I can possibly make them. I’ve written TV tie-in books for ITV Coronation Street and always knew I wanted to create my own fantastic women characters.

You’ve another novel planned for November. Are you able to give us a glimpse of what you have planned after that?

Yes, Pearl of Pit Lane is the third novel with Headline. And… well, all I can say right now is ‘watch this space!’ and you can follow me on Facebook for news as it comes in! I’m at http://www.facebook.com/GlendaYoungAuthor

Thank you again, Glenda, it’s been fascinating talking to you. Good luck with the book! 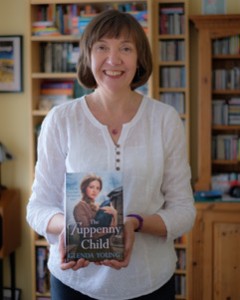 Glenda Young’s novels are set in the northeast coalmining village of Ryhope, Sunderland and are published with Headline.

Glenda, who graduated from the University of Sunderland with a degree in Journalism, is very proud to be putting the village where she was born on the literary map.

She said: “It’s been emotional delving into the archives, looking at maps and plans of pubs and buildings in Ryhope from 1919.  I feel very proud to be writing about my culture and heritage.”

Although these are Glenda’s first published novel, she has already built an impressive reputation as an award-winning short story writer.

She also has an unusual claim to fame – she is the creator of the first ever weekly soap opera Riverside to appear in The People’s Friend, the longest running women’s magazine in the world

Her short fiction has appeared in magazines including Take a Break, My Weekly and The People’s Friend.  A life-long fan of the soap opera Coronation Street, Glenda has written TV Tie-In Books for ITV about the show. She is also creator of the Coronation Street Blog, which launched in 2007, and is still going strong. Glenda edits a team of 16 bloggers, reaching the finals of the UK Blog Awards in 2016 and 2018.

Here is where you can keep in touch with Glenda and find her books: 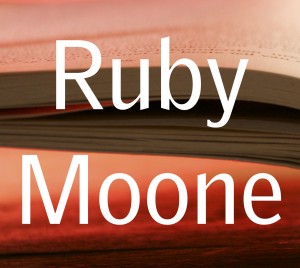