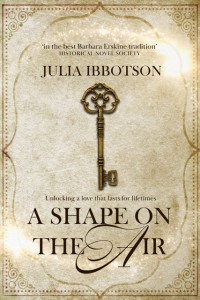 Why do we call this period the ‘dark ages’?

So we all know about the ‘dark ages’, don’t we? A time when the civilised Romans left and Britain collapsed into chaos, with villas and towns destroyed and warring tribal barbarians raping, plundering and pillaging each other all over the place? And didn’t the invading Saxons add to the mêlée until the great King Arthur came and sorted them all out?

Well, not necessarily so …

Firstly, we refer to the ‘dark ages’ as the period between the withdrawal of the Roman occupying forces (commonly dated at 410) and the mid to late 8th century when the Anglo-Saxon kingdoms were fairly well established. But why ‘dark’? Tradition has it that it was a time of ignorance and barbaric brutal fighting, and that little of the civilisation, culture or administrative organisational efficiency of the Romans remained. Images of marauding ancient Britons and brutal Saxon invaders, with the settlements and the rule of law abandoned, spring to mind.

But academics and archaeologists now prefer to call it the ‘early medieval’ period; it was only ‘dark’ because we didn’t have the records, documents, artefacts in evidence. Now, in the light of finds (eg in Kent, Essex, Oxfordshire, Yorkshire, Cornwall, etc), that picture is changing.

Some of the myths and misconceptions?

There are many: from the date and ramifications of the Roman withdrawal of troops (sudden departure or gradual?), to the state of Britain in its wake (collapse or continuity?), to the status of King Arthur (literary myth or historical saviour?).

Did the Romans really abandon Britain in 410? That has long been the date we assume the Romans left Britain, summoned back by Honorius  to defend Rome. Traditionalists have believed that the Romans abandoned their villas, their culture, and left en masse, for the ignorant Britons and Celts to allow civilisation to go to rack and ruin.

Now a different view is emerging. It appears (eg from studies of Notitia Dignitatum 4th/5th c AD) that Roman military units were still here much later, suggesting a gradual withdrawal over possibly half a century, and even the ‘Honorius edict’ is in dispute. We only have ‘evidence’ written in the 6th ,7th and 8th centuries either by Byzantine officials or writers such as Gildas, Bede and Nennius, who are now regarded as distant from events, subjective and unreliable.

Domestic archaeology is also beginning to indicate that sites were occupied and developed long after Romans began to leave, and that there was continuity of occupation/population (eg Lyminge, Mucking, Barton Court, Orton Hall, Rinehall, West Heslerton, to name a few). Artefacts and building use suggest that there was a much more gradual change post-Roman occupation and during the migration of new waves of Angles, Saxons and Jutes, rather than sudden brutal invasions, and hence a slower cultural shift towards a settled British society. Of course, this is not to say that there weren’t bitter inter-tribal battles going on for land acquisition, nor that there wasn’t deep suspicion of the Saxons.

But the ‘modernist’ view is that there was much more mingling of Romano-British society than previously thought, through inter-marriage with the remaining Romans, and likewise for Britons and Celts and even Saxons.

As to King Arthur, much as I’d love to believe in a brave 5th/6th century Celtic/Briton saviour who defended Britain against the Saxon invaders, I’m afraid that it’s unlikely that this is entirely historic truth. Our image of Arthur and his Round Table knights is largely from Mallory’s 15th century work ‘Morte d’Arthur’. It’s now suggested (eg Nicholas Higham 2018) that the myth originates from the 12th century Benedictine monks of Glastonbury Abbey who made a ‘miraculous’ discovery of the bodies of King Arthur and Queen Guinevere in the grounds as a cunning ploy to raise funds to rebuild the abbey. An elaborate wheeze? Such cynicism: they must have read Geoffrey of Monmouth’s tales of Arthur’s chivalric deeds of a few decades earlier!

However … recent archaeological finds at Tintagel, Cornwall (2016), have revealed a high status 5th/6th century palace, probably the main residence of the kings of Dumnonia, with evidence of global trade and fine cultured living. It’s even mooted that this was a ‘client state’ of the Roman Empire from 5th to 7th century. Was this the home of some kind of real King Arthur? The jury’s still out.

How have you brought your research in to your novels?

In my last novel, the early medieval (so-called ‘dark ages’) time-slip A Shape on the Air, the world of the late 5th century is depicted as rich with cultural and religious artefacts, and intermarriage between Romans, Britons, Celts and Saxons, although at times fraught with dispute. Their world, in the midlands of England, is more concerned with Picts raiding from the north than internal fighting as such. The main conflict is between Sir Pelleas (a Saxon pagan), who is adopted by Sir Tristram (a Romano-Briton), succeeding him as chief of the settlement, and Tristram’s daughter Lady Vivianne, a Christian.  In my story, the inter-marriage of Lady Vivianne’s parents (her mother is also a pagan but Celtic-Briton) intermingled Christian values and rites with more magical ancient deism. Bringing in to my tale the magical ‘king’ Arthur (Arturius), as a mystical Celtic leader of this time with Roman connections, as well as a legendary figure of literature, also signifies the mingling of cultures and beliefs. And adds a bit of magic (and why not? Even historic novelists are entitled to creative imagination)!

Personally, I do believe in the logic of unbroken continuation and developing richness of the world of the Romans, Celts, Britons, and Anglo-Saxons and that the ‘dark ages’ are only so-called because we haven’t found definitive answers yet. 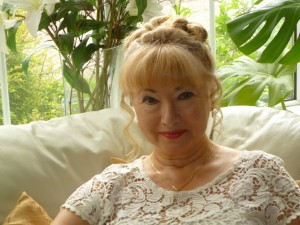 Author Bio
Julia Ibbotson is fascinated by the medieval world and concepts of time travel. She read English at Keele University, England, specialising in medieval language, literature and history, and has a PhD in socio-linguistics. She wrote her first novel at 10 years of age, and longed to become an author, but life intervened, including a turbulent time in Ghana, West Africa, marriage and children. Subsequently, as a single mum and the need for a regular job to pay the bills, she became a fulltime school teacher, then an academic as a senior university lecturer and researcher. Her break came soon after she joined the RNA’s NWS, with a three-book deal. She has published a number of books, including memoir, children’s medieval fantasy, a trilogy set in Ghana, and medieval time-slip, as well as academic works. She is currently published by Endeavour. Apart from insatiable reading, she loves travelling the world, singing in choirs, swimming, yoga and walking in the countryside around her home.

A Shape on the Air:

Drumbeats trilogy (AWARD-WINNING women’s fiction) ” a saga of love, betrayal and second chances”, “heart-warming, compelling, warm and uplifting”, “feel the searing heat of Africa burning right off the pages”, “beautifully written, conjuring up the colour and culture of Ghana”, “a powerful story”.

The Old Rectory: escape to a Country Kitchen (BEST SELLER memoir, recipes, history of food, Victorian kitchen to present day) “enchantingly told”, ” this award-winning book is witty and charming in equal measure”, “gorgeous”, “a delightful, cosy read”, “written with her trademark wit and honesty”, “combining mouth-watering recipes with touching and heartfelt memoir .. a delightful journey.. food throughout history and the changing seasons.”

International short URL link to my books on Amazon: Author.to/JuliaIbbotsonauthor