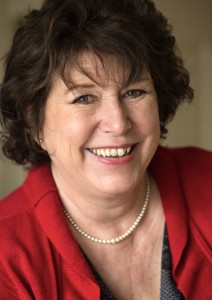 I would like to welcome for today’s blog Catherine Jones. Catherine has also written as Kate Lace and Fiona Field.

I will never forget the first time I met Catherine Jones. It had been several years ago at the Oxford RNA chapter lunch.

I remember the twinkle in her eye and the rapport between her and Annie Burgh was hilarious.

During the lunch, I explained to them and Liz Harris all about the disappointing critique I had received from the RNA’s new writers scheme.

Catherine told me to:

‘Write about what you know. It’s hard enough getting published as it is, so when you first start out you should write about things you know and understand.’  (I’d made my heroine an architect back then)

‘Do you know anything about architecture?’  Annie asked.

‘Then why make her an architect if you know nothing about them? What do you know about?’  Catherine asked.

‘Songwriting I guess.’ I said.

‘Then make her a songwriter.’ Catherine said.

‘But would it be realistic having a songwriter as a main character in a romance novel?’  I asked.

‘A darn sight more realistic than an unbelievable architect.’  Catherine announced. With that Annie almost choked on her lunch in hysterics and when she came up for air said:

‘She’s right you know, you must write what you believe.’

From that point I was hooked by these funny and honest women and whilst their bedside manner had been pretty tough and a tad intimidating, however I took everything they’d advised on board and have used ever since.

Catherine, you’ve had such a colourful life, combined with a wicked sense of humour. Have you ever thought of writing your memoirs?

I do a talk to WIs around Oxfordshire which is a romp through my life and, at the end of it, I tell them that ‘some of what I have just said is actually true’. This is largely because, as a novelist, I can’t bear to leave a story unimproved, even my own. Furthermore, I am in the lucky position that my family don’t actually read my books so they have No Idea how much autobiographical stuff goes into them. As Catherine Lawless said in her intro, I am a firm believer in writing ‘what you know’, and I have drawn a huge amount from my own experiences to put in my books so, if you know which bits to pick out, you’ll probably find most of my life is already in print!

I am biased as I love your ‘Little Woodford’ series, however if you had to describe them in one sentence to one thousand potential readers, how would you do so? How would you close the sale?

It’s a book about what goes on behind the front doors in a seemingly picture-perfect village.

If you were asked to host an event for eager, aspiring authors, how would you advise them? Any do’s and don’t’s tips?

Read massively in the genre you want to write in – see what other authors do.

Get Really Honest criticism – if you can’t join the RNA’s New Writers Scheme join another writing group but make sure the other members are prepared to call a spade a spade.

If, or when, you get a rejection (or several) put your m/s away in a drawer for six months and then re-read it. You’ll have fresh eyes and you’ll probably see what’s clunky, what doesn’t work, any plot holes…. It’s very difficult to spot these things yourself as you are writing.

Hedgehogs. What is it you love about them?

I like all creatures with the possible exception of slugs; I mean, what’s the point of a slug? But hedgehogs eat slugs! Quite apart from that they are cute and endangered and they potter about people’s gardens doing no harm and a lot of good.

Can you describe your typical writing day. Do you have a place where you need to be, in order for the words to flow or are you able to write anywhere? Do you use a particular pen, notebook. Do you make notes or does everything go straight onto your computer?

Most of my writing day seems to consist of displacement activity. (I so hope neither my agent or editor are reading this!) I do get much more disciplined as a deadline approaches and then I will work most mornings trying to write at least one or two thousand words. I like to write on my computer in my study but I love a notebook for that initial ideas stage when I’m roughing out the character and the story. For my current publisher I have written a couple of series and I have to have my eye on the ball so I know what ages the kids are, when they have their birthdays, how long people have lived in their houses, who has the cleaner on which day of the week etc  so I have copious notes for that, but generally I do a lot of ‘winging it’. I hate writing a synopsis – don’t we all – but when I force myself to (or my editor forces me to!) it is so much easier to write the darn book because you have got everything sorted out.

I know there’s a third in the series. Have you finished it? Which one has been your favourite ‘Little Woodford’ to write?

Nope, Number Three is still a work in progress. Being asked which is your favourite book is a bit like being asked which of you children you like the best. But I do have favourite character and I love Amy, the cleaner in both books, because she is so utterly shameless and also Miranda in The Bells of Little Woodford because she’s so utter ghastly.

I don’t know what it says about me but I would far rather write an awful character than a nice one.

After reading them I could see the ‘Little Woodford’ series adapted for TV, is this something you’d like to consider? Who would be your choice of actress to play Olivia?

I think I’d rather it was put on the radio. I know, I know, I’m a fool because it would earn far less but the pictures are better on the radio! And I’d like Carole Boyd to play Olivia – for those of you who aren’t Archers fans, she’s Lynda Snell

You’re so creative. You make the most beautiful shawls and wraps, have a demanding role on the council and have written a show. How do you fit it all in?

I manage it because of all the stuff I don’t do. I describe my garden as – ahem – a nature reserve as it is full of wild flowers. Mr J calls them weeds, which they are, but they are very pretty weeds and don’t need nearly as much looking after as proper flowers. I knit in my downtime like when I’m in the car or watching TV, and council business mostly takes place in the evenings when I’ve done everything else for the day. Trust me, I’m not wonder woman but I am quite organised – that’s what eight years in the army does for you.

What next? Eighteen books is quite something. What else would you like to achieve?

That’s not something I’ve really thought about. My life is a bit like one of my books; I don’t plan it much. Besides you never know what is round the corner. When I left the forces I never imagined I’d become a novelist so who knows what I may do next. Go on, Life… surprise me.

I need to be clear about something from the get-go; I was never one of those people who always wanted to be an author. I read voraciously, but write? No. That was definitely something other people did – it was not for the likes of me.

I went to the sort of school that expected its pupils to write essays containing facts, with the sole purpose of passing exams and going on to uni to write yet more essays and pass more exams. When I rebelled and joined the army at eighteen, I wrote orders, signals, briefing papers, memos and the like; factual stuff. Flights of fancy weren’t encouraged there either. Apart from occasional letters home I didn’t indulge in any form of creative writing.

A few years after I had left the army and started a family, I was asked to help out with the admin for a magazine for army wives (I could do admin – I’d spent my entire army career doing admin) and wound up writing 800 words because the magazine was about to be put to bed and  the editor was short of a column and I was the only person available.  I wrote about what I knew and produced a tongue-in-cheek piece about the awfulness of being an army wife what with the house moves, the constraints, the lack of job opportunities and the hideous quarters. I assumed it would be a one-off but, apparently, I’d made people laugh and the column became a regular feature which morphed into a book about life as an army wife. It was after that I decided to fictionalise things and turn my experiences into a novel. The rest, as they say is history.

It was after my first novel was published by Judy Piatkus that she suggested I should join the RNA. To say I was sceptical that this was a group for me is a VERY British understatement. I’d been in the army – I didn’t do romance. Besides, I also had the Groucho Marx view that would I want to join a club that would accept me as a member? How wrong I was.

However, it was after I joined and I went to the first RNA conference at Stoneyhurst, and to various talks and workshops that I suddenly realised that I had no right to be an author. And how the hell did my book get published. I had written my first book because I had a good story to tell and it had never occurred to me that I ought to learn how to write fiction before I had a go. All that stuff about Point of View, about Pacing, Plot, Voice…?! To say I had the most awful crisis of confidence is an understatement.  And not a good thing when you are in the middle of a three-book deal. It was a bit like parachuting out of an aircraft and suddenly realising you have no idea where the rip-cord is!

But, thank God for the RNA because twenty years on and eighteen books later, when I start a new novel  I may still feel I am fumbling about for the rip-cord but I am certain that I will land safely mainly because of all the wonderful support from my fellow members. Thank you, RNA

The town of Little Woodford seems peaceful and picture-postcard beautiful, with its marketplace, ancient church and immaculate allotments. But behind the tranquil façade, troubles are brewing.

Olivia Laithwaite, former town councillor, pillar of the WI and all-round busybody, has been forced by her husband’s gambling debts to sell their house – her pride and joy. She hates the new estate they’ve moved to and knows she needs to humble herself and apply for a job.

To make matter worse, a thoroughly disagreeable woman has bought Olivia’s beloved Grange and sets about objecting to everything she can, from the ringing of the church bells to the market stall selling organic local meat.

It isn’t long before the town is in turmoil…

You can publish any of Catherine’s books directly through her website: 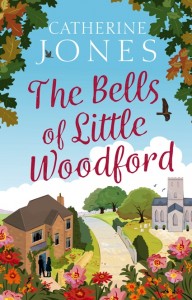