Francine Beaton: Taste for Wine – Book 2 in the Taste for Love series

I’m delighted to welcome Francine Beaton as our very first Hot Seat author to talk about her new release and to tell us something about herself. Francine’s new book, Taste For Wine, was released this week and is the second book in the Taste for Love series. 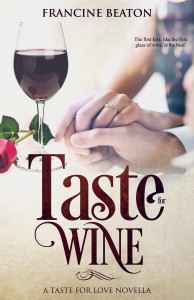 Francine, thank you so much for joining us. What was the inspiration behind your book? Can you tell us a little about it?

These are one of those books that I can’t pinpoint specifically what inspired the storyline. I am a pantster. I didn’t know what is going to happen until the characters finished talking. When I planned the series, all I knew that the binding factor to bring the characters together was something to eat or drink. As I’ve written a series about a wine farm in South Africa, I didn’t want to use it again. I needed an exotic location and while watching a Springbok rugby match against Argentina in Mendoza; I knew it was it.

When I researched my character names, I link them to the country where they are from. I knew a Santiago from Argentina, so the name was easy and Figueras is a popular surname in Argentina. I get my inspiration for my character’s looks from the internet and only after I’ve decided on Santiago’s surname I found out that the surname of the person who inspired me is Figueras and he is an Argentinian polo player. I took it as a sign. Olivia I chose as it could fit with both her British surname and her married name of Figueras.

I’ve started with my research and writing the first draft in October 2017. It took exactly five days to write it. It was supposed to be the first book in the Taste for Love series, but I wasn’t happy with the first draft and put it aside. I’ve re-written it four more times before I send it to my developmental editor. She made recommendations and after that, it took me only three days to finalise the final draft and send it to my beta readers. They’ve finished the books within a week and from then it took four weeks to publish.

Currently I have a different writing life than I will have in the future. I now wake up at 4 or 5 in the morning to write. I take a break around 8 for breakfast and a walk. I then carry on until 12:00 or 12:30 when I break for lunch and a short nap. I usually start at 15:00 then carry on until 17:30. When my husband and daughter are away, I often work until 9 at night. I’ll be travelling from the end of September, so I will need to take the opportunity to write when and where I can.

The ‘intimate’ scenes are always the most difficult, including sex scenes. To me, intimate also includes those scenes where the characters expose their fears and insecurities.

This book involved a lot of research, more than I would’ve liked. I’ve never been to Argentina and I can’t speak Spanish, so that was a challenge. I’m fortunate that my cousin speaks fluent Spanish and he lives in Argentina. He gave me loads of feedback, but I still needed to do research on the wines and Mendoza, where half the story is set. I also had to do research about divorce laws, registration of childbirths in four countries, and even asthma treatment and drug rehabilitation in Scotland. That was not easy. The prologue of the book is set in Stellenbosch and Cape Town, South Africa so I visited both cities a couple of times. The first few chapters are set in Leith, Edinburgh. I’ve spent time in November 2018 in Leith to just get a feel of the place. The rest of my research was done online, and speaking to my cousin, his daughter and a friend who had been to Mendoza last year.

After my first attempts in July 2016, I kept on writing, completing several books without showing it to anyone. It was only around my eighth attempt that I attended a Romance Masterclass with Sarah Bullen from The Writing Room in Cape Town during May 2017, that I thought that I was getting somewhere. Sarah mentored me through my numerous drafts, until she was satisfied that the book was strong enough to send to publishers. I sent about 65 queries, received several rejections before I was accepted by three indie publishers in early September 2017. I signed with Roane to publish my first three books in my Playing for Glory series and Eye on the Ball was published on 19 April 2018. Immediately I hit several walls, like getting my print books to South Africa and the lengthy process to get books published. Obstruction would’ve been published in October that year and Making the Right Call in April 2019. By that time I had about 20 completed manuscripts. I kept on thinking that I might be dead by the time I publish them all if I had to take that long between books. That was when I got the idea to self-publish some of my shorter books, with Taste for Coffee my first attempt. I loved the process. I loved being in control and being involved in choosing the cover and my marketing process. Two weeks after I published Taste for Coffee, I got my rights back for my three books and since then I kept on self-publishing. It’s not to say I won’t approach a traditional publisher again but for now I will keep on self-publishing the three series I have.

I grew up in a typically Afrikaans household in South Africa. The area we lived was very Afrikaans so most of the books we got to read were only in Afrikaans and if you’re lucky, books translated in Afrikaans like Pippi Longstocking. My favourite books until I was about eleven was not fiction, but an encyclopaedic series which translated is “Children of the World.” I was fascinated by it and every Friday I would check one of them out at the library, immersing myself in stories of other children across the globe. Maybe that was where my love for travelling has its roots. There were several popular series in Afrikaans though so I had plenty to read. And then I discovered romances, long before I was supposed to and I was hooked. By the time I reached high school I finished all the Afrikaans romance novels and discovered Mills  & Boon and Barbara Cartland

Don’t be scared to try new things. Yes, you may not always be good at everything you try but at least you’ve tried. My father-in-law always said that he would rather lie on his deathbed thinking with regrets about what he’d done than thinking about those things he wished he’d done. That’s my philosophy too otherwise I may never have attempted to write or embark on this new adventure in my life as a traveling nomad.

I’m getting five books ready in the Playing for Glory series ready for release during the duration of the Rugby World Cup (September to November 2019). There are two novels and three novellas and one of them is my first rugby romance in Afrikaans.

Thank you so much for joining us today and good luck with the new release! 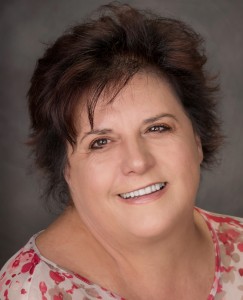 Romance author Francine Beaton published her first romance novel — a contemporary sports romance called EYE ON THE BALL—in April 2018 after she first started writing in July 2016. Her latest novel, TASTE FOR WINE, will be the second in her TASTE FOR LOVE SERIES and her thirteenth novel. Francine currently calls Pretoria home until the travel bug bites again. She loves travelling to faraway places and considers Scotland her second home. When she’s not reading or writing about love and Happily Ever After, she’s most likely busy painting or taking photos of everything that catches her eye. During rugby season, you’ll either find her next to the pitch or in front of the television, following her favourite teams. It’s probably not difficult to figure out why her debut novel, Eye on the Ball, as well as the series, Playing for Glory, has rugby as a theme.

Here’s where you can find Francine’s books: