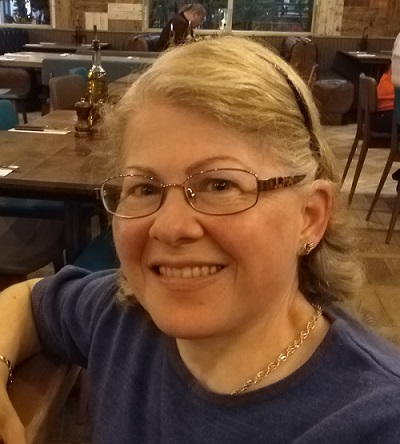 New Writers’ Scheme member Linda Corbett is on the blog today to tell us about her experiences as an author, and how she balances her disability with the demands of writing.

I’m all in favour of character diversity in fiction. In fact the word diversity pops up these days all over the place, but that hasn’t always been the case. The problem with the stories I read as a child was that in the rare instances they even included a disabled character, the emphasis was firmly on pity (think Clara in Heidi, or Cousin Helen in What Katy Did). These characters secretly harboured a wish to be healed, or to do something heroic while they were otherwise incapacitated. Thankfully attitudes towards disability have improved since those books were written but for the general population, their perception of disability is still often based on what is portrayed in the media, and the media still likes the heroic angle. How often have you seen a programme where a group of people with varying disabilities take on a challenge like climbing a mountain, or heroically trek across some inhospitable landscape with only a water bottle and a rolled up tent?

Just to manage reader expectations at this point, the most heroic thing I have done in the last year is resist eating my own body weight in chocolate over the Christmas period (not wholly successfully I might add). However, as far as challenges go you can take your pick. Because being born with spina bifida and also having severe scoliosis means that almost everything is a challenge; I’ve been taken apart and put back together more times than an IKEA wardrobe with dodgy assembly instructions, my balance isn’t great, I can’t carry anything heavy, I have limited lung capacity, and walking requires a great deal of effort.

Consequently, I spent much of my working life sitting on the sidelines during Christmas parties or team bonding sessions that were invariably centred around standing and chatting with a drink in your hand, or outdoor activities in which I was unable to participate. Similarly, pretending that popping up to London for a meeting was perfectly feasible, despite the fact that I would often have to stand on the train because commuters were far too busy studying their phones or newspapers to notice that I desperately needed a seat. (For “stand”, read hang on to something solid and try not to fall into someone’s lap as the train lurched around. Even if it’s a hunky stranger, it’s not a great way to introduce yourself. Plot idea perhaps?) One of the many reasons I love writing is that – possibly for the first time ever – I am participating with everyone else on a level playing field, and I don’t need a good pair of legs to type on a laptop.

My first proper attempt at novel writing included a character in a wheelchair. He just appeared in my imagination like that so it wasn’t a conscious decision, but on the other hand I was doing my bit for the cause and already had firsthand experience of what is, and what is not, appropriate terminology. Even in recent times, I’ve cringed as I’ve read a book or an article containing the phrase “wheelchair bound” or “confined to a wheelchair”. Disabled people are not tied to wheelchairs so best avoided unless it’s intentional and you’re planning on writing something a bit racy. Then there’s the word handicapped; utterly detested by the disabled community, although still widely used in America despite my enthusiastic attempts at re-education whilst on holidays in the States.

My next novel was straight out of the write-about-what-you-know stable and was set in an office. Having done a lot of self-editing on said book, I was hoping this one might have more legs (if you’ll excuse the pun…) I set about doing some research on how to submit to agents and bought myself a copy of the Writers’ & Artists’ Yearbook, which became permanently glued to the coffee table. After reading what felt like two million articles online about how to write (or not write) a synopsis, I decided the whole querying process was not that different from writing a business proposal and filled with a ridiculous amount of optimism, I began sending out submissions. It was at this point that I made three important discoveries:

Once I became a member of the NWS, I realised there was a whole community of people out there, not just established authors, but people like me who were trying to get their book published or find an agent. And who enjoyed talking about writing! Who liked discussing aspects of romantic fiction and didn’t just make polite noises like my husband does when I’m waffling on about character arcs. Even better, they had a conference where you could learn things as well as talk to other writers. For a few brief seconds I was wildly excited, until reality came knocking on the door. (Technically, it was less of a polite knock and more of a wallop that ripped the door off its hinges). I’d have to change trains, get across London, lug a case with me, not to mention trundle who knows how far across the campus without assistance. Basically, me getting to Lancaster – or anywhere else for that matter – wasn’t going to happen.

Fast forward another year and I’ve written another book, collected more rejection letters, and I’m still looking enviously at the photos in Romance Matters. In the meantime, if anyone lives within driving distance of the London Borough of Sutton and would like to meet up for a drink and a natter, let me know. I’ll even promise not to regale you with the story of how an eminent orthopaedic surgeon amputated the wrong toe in error and then wasn’t allowed to apologise because of some arcane Medical Defence Union rules. Sometimes truth really is stranger than fiction. 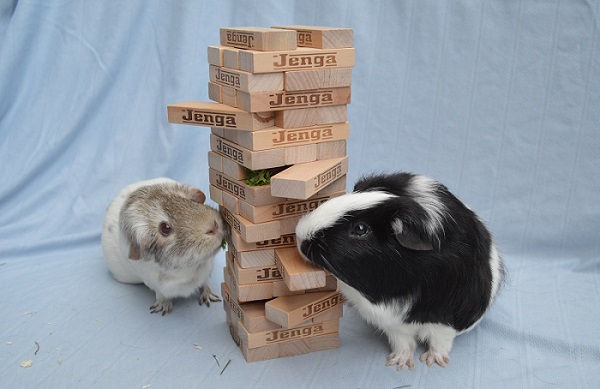 Linda is a member of the New Writers’ Scheme and lives in Surrey with her husband Andrew and four permanently hungry guinea pigs.

Until a good redundancy offer beckoned, she was employed as Technical Adviser to the Merchant Navy Officers Pension Fund and led their pensions training programme. Following a desire to learn a skill that was not pensions related, she also completed the Publishing Training Centre’s Basic Proofreading course.

Linda is treasurer and fundraiser for Shine Surrey ­– a volunteer-led charity that supports individuals and families affected by spina bifida and hydrocephalus. For many years she also wrote a regular column for Link, a disability magazine, illustrating the humorous aspects of life with a complex disability. She continues to write articles for Shine Surrey which can be found at: www.guineapighotel.wordpress.com