Liz Fenwick: The Path to the Sea 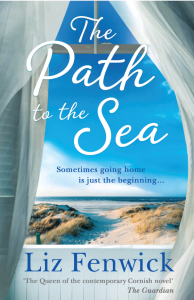 A huge welcome to Liz Fenwick to the blog today to chat to us about her new release, The Path to the Sea.

Liz, what was the inspiration behind your book? Can you tell us a little about it?

When my mother-in-law passed away seventeen years ago, I was given a notebook of hers stuffed with recipes cut from newspapers. I didn’t look too closely but placed it with my other cookbooks for when I had a moment. Twelve years later, fellow RNA member and my critique partner, Brigid Coady, was visiting. While I was cooking dinner, she was browsing my cookbooks. She pulled June’s notebook off the shelf and began reading. It was like opening a window to the past. June had detailed every dinner party she had given in the 60s and 70s (sometimes three or four a week) … each menu, each guest, seating plans and sometimes what she wore. Brigid suggested I should write The Cornish Supper Club, but it wasn’t quite right. My husband walked into the kitchen during this discussion. He reminisced about waiting in the kitchen with the woman who helped his mother. He would peer through the serving hatch waiting for his favourite foods to come back. Suddenly I thought what if a child witnessed something that changed his/her life but he/she didn’t understand it at the time. That was the beginning for The Path to the Sea.

Sometimes names arrive with the character, as did Joan and Diana, then I check to see if they were ‘age’ appropriate for the time. However I struggled to find the right name for Lottie to capture her essence. Eventually after a discussion with my editor I decided on Lottie as the right fit. Alex was Alex from the start, but I played around with George for a while too. Sometimes secondary characters remain nameless until right at the finish so I don’t end up with Michael, Mary, Martha, Meghan and so on…when in full writing mode my creativity doesn’t extend to names…

Setting for me is crucial … more important than the names of my characters. I can’t begin to write until I know the location. I fell in love with the Cornish house used in the film ‘About Time’ by Richard Curtis and it stayed with me. When the ideas for the book began to come together there was only one setting possible, Porthpean House which became Boskenna. Fortunately it was available for letting and I rented the house for a week so that I knew the ins and the outs as well as the overall feeling of the house. This changed the tone of the story somewhat just as staying in Godolphin House while writing One Cornish Summer set the mood and tone for that book.

How long did the book take to write and how much re-writing do you do?

I am under contract to write a book a year. In truth the actual time is more like eight months. I try and do a fast and dirty raw draft to discover my characters, the story and the theme (normally done in three months). It is with the second draft onwards that the real work and craft begins. It is also where the serious researching takes place because by then I know what I need to know. Before my editor sees it will have been through three to four drafts from me. I fully expect to go through a minimum for two edits with her. My second book had six from her!! The Path to the Sea had four from me before it went to her, then it came back to me twice before copy edits which tighten things up even more!

I had a clear idea of Joan’s journey and Diana’s, but Lottie was a problem. I knew what Lottie needed but I didn’t know what she wanted, and I had been far too kind to her in earlier drafts. Right up until November I was still wrestling with the need vs want for Lottie. They need to be in opposition to keep the tension on the page. This was hard with a character who was a natural peacemaker and pleaser. She wanted everyone happy and in the end she had to choose!

I only do enough research to write the raw draft and that is filled with XXXX denoting more information is needed. I could go down the research rabbit hole and never been seen again if allowed to. On my third book, A Cornish Stranger, I spent two months researching the SOE then I wrote the raw draft. The SOE didn’t feature and I had lost two months of writing and polishing time. I learned my lesson. I do just enough to ‘feel’ the period then target the research in the subsequent drafts.

I am so grateful that I had six full years in the RNA as my apprenticeship. During those years I learned about publishing and what a small world it is. I made contacts, watched the pros like Katie Fforde and learned the power of a deadline. So my advice to aspiring authors is to value to the time pre-publication. It isn’t a race and enjoy the time. Getting published is bloody hard but staying published is harder.

Ah, novel 8…it’s set on the  banks of the Tamar so controversially will be in Cornwall and Devon…dual time line 1914-1920 and current day…

Thank you so much for talking to us today. The book sounds fantastic and I can’t wait to read it. 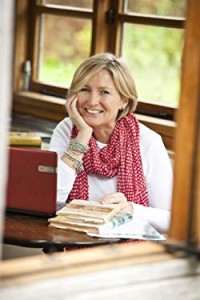 Award winning author of The Cornish House, A Cornish Affair, A Cornish Stranger Sky, Under A Cornish, The Returning Tide, One Cornish Summer and a novella – A Cornish Christmas Carol. The Path to the Sea is out now. After ten international moves, she’s a bit of a global nomad. It’s no wonder her heart remains in Cornwall. For more information visit www.lizfenwick.com Or find her procrastinating on Twitter.