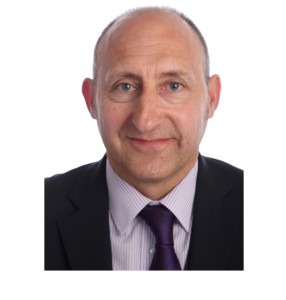 Today I’m delighted to welcome Stuart Gibbon, who set up the Gib Consultancy in 2014, following a long career in the police force.

Hello and welcome, Stuart. First of all, it was very interesting to attend your presentation at one of the RNA workshops in July. Crime settings are quite popular with romance writers these days, as well as crime series in which the author develops a romantic interest between colleagues in the force. I shan’t ask how close to reality that is, but perhaps I could start by asking you to describe the remit of Gib Consultancy. In your talk you focused on advice to authors writing about crime, but I believe it’s a lot wider than that.

Very much so. My consultancy work stretches across the breadth of crime and community safety.

I deliver talks to community groups such as WIs, Probus and U3A on staying safe when indoors or out and about. These cover such aspects as home security, bogus callers and telephone ‘scams’, with the intention of reducing the chances of people becoming victims of crime. A number of the issues discussed tend to target older people who may be more susceptible to this type of crime so it’s really important that I can educate as many people as possible. I also spend time with vulnerable people, particularly those affected by dementia and their carers, who have additional challenges when it comes to staying safe.

I also work with the media as a policing expert. This may result in a TV or radio interview and occasionally a true crime documentary about a UK murder case.

For writers, I advise on anything police-related so that they can be confident their policing elements are accurate and authentic. The bulk of that work comes from crime writers but I’ve also helped writers of other genres, including romance and fantasy, who may wish to include a crime or police-related incident in their novel.

Crime fiction is said to be the bestselling genre and tops the most borrowed fiction books from public libraries in the UK. Why do you think that is?

I think people like to immerse themselves in another fictitious life, either to escape the realities of their own or to imagine that they are actually one of the characters, whether the detective trying to solve the case or perhaps even the killer! There is also a fascination with crime and the reasons why people commit it together with a desire to see and hear things which you know are likely to shock you. The increase in TV programmes and podcasts are a clear indication of the popularity of true crime and crime fiction as part of our everyday lives.

I guess crime is as old as civilisation. Which historical period do you consider the most interesting in terms of crime detection?

There are quite a few interesting historical periods in terms of crime detection but for me personally I would only go back about 30 years or so to the time when DNA began to emerge as a groundbreaking investigative tool for those tasked with detecting crime. We now hear of cases which took place decades ago being solved due to the advances in forensic science technology and the brilliance of experts. To quote forensic scientist Professor Angela Gallop, ‘Never before has forensic science played such a vital role in criminal justice’.

I notice you have registered an interest with the Crime Writers’ Association and offer a consultation service to authors who write true crime or crime fiction. Is there a difference in how you approach giving advice, and in the kind of advice you give, to a true crime writer as against a fiction writer?

There isn’t really much difference between advising true crime as opposed to crime fiction. It’s about getting the procedural aspects right and making sure that they are consistent for the period that the book is set in. The vast majority of the writers I work with are crime fiction and almost exclusively women.

Interesting—I wonder if that means there are more female crime writers, or that the male ones don’t think they need help! So when it comes to advising authors on getting things right, what do you find are the areas they need help with?

Mainly those concerning exactly what the police would do in a certain situation, who would do it and who else would be involved. For example in a Murder investigation, what rank would be in charge, what would be the structure of the investigation team, what sort of enquiries would they carry out and what specialist support may they use. I also get asked quite a lot about the type of equipment carried by uniformed officers and the way that interviews are conducted at the police station. The amount of detail required will often depend on whether police are central characters in the book or playing a peripheral role in some way.

Your website mentions that you have over thirty years experience as a police officer, rising to Detective Chief Inspector. I guess over that period you experienced much change in methods of detection and tools available to help solve crimes. How do you keep up to date now you’ve left the force?

You’re absolutely right. When I joined the police in the early 1980’s things were very different to how they are today. Fingerprints were taken using the ink and roller method onto a paper fingerprint form. This form had to be driven to the fingerprint department so that checks could be carried out to identify the person. These days the police use digital machines which scan the fingerprints and search them on a database within minutes. When I joined we didn’t have mobile phones and used to complete our forms using typewriters whereas officers now use computers and have the ability to visually record evidence whilst out on patrol.

As policing and criminal investigation methods tend to change relatively frequently it’s quite a challenge to keep up to date particularly as I’m no longer part of the police service. Having said that, there are lots of TV programmes featuring the work of forces throughout the country which help me. I also read books and I’m signed up to a number of bulletins which provide me with the latest on policing, forensic and law changes. Police forces and their officers are also now very active on social media which is another good way of finding out what is happening and how the police are tackling various issues which affect the community.

Perhaps I could finish by asking you a little about yourself. What do you like to read in your leisure? I know you’ve written reference books to help crime writers, but have you ever tried, or considered, writing a crime novel yourself? If you did what period would you set it in?

I like to read both crime fiction and true crime when I have time. The last two books which I have been reading are ‘Unnatural Causes’ by Dr Richard Shepherd and ‘When the dogs don’t bark’ by Professor Angela Gallop. They are both fascinating accounts of the lives and careers of a Forensic Pathologist and a Forensic Scientist. Both books feature a number of high-profile cases and I would recommend them to anyone with an interest in how crimes can be solved.

I have teamed up with crime historian Stephen WADE to write ‘The Crime Writer’s Casebook’ and ‘Being a Detective’ both of which are aimed at true crime fans. I’m sometimes asked if I’m going to write a crime fiction novel and, although I would never rule it out, it’s not something which I am likely to do in the short-term. If I did it would probably be set in the 1980’s – 1990’s as this is an era which interests me, particularly in terms of criminal investigation and detection.

Thanks for talking with us, Stuart. It’s been very interesting

Thanks for giving me the opportunity to talk about GIB Consultancy.