I’m delighted to welcome Sue Moorcroft to the blog today to talk to us about her wonderful new book, Let it Snow. 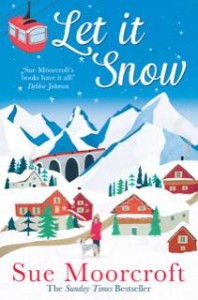 This Christmas, the villagers of Middledip are off on a very Swiss adventure

Family means everything to Lily Cortez and her sister Zinnia, and growing up in their non-conventional family unit, they and their two mums couldn’t have been closer.

So it’s a bolt out of the blue when Lily finds her father wasn’t the anonymous one-night stand she’d always believed – and she is in fact the result of her mum’s reckless affair with a married man.

Confused, but determined to discover her true roots, Lily sets out to find the family she’s never known; an adventure that takes her from the frosted, thatched cottages of Middledip to the snow-capped mountains of Switzerland, via a memorable romantic encounter along the way…

I like to write about something that interests me and I’d met a lady in a same-sex relationship who had had a baby. Then I heard about a friend of a friend whose adopted children were searching for their biological family ties and decided the situation of my heroine Lily and her sister Zinnia would be that they were adopted and have two mums. Lily had always thought she was the result of a one-night stand but on discovering her mum had had an affair she’s filled with a desire to find her biological family. Zinnia was conceived via artificial insemination and that’s all she needs to know. Having Lily discover a family member who’s well known to readers of other books set in Middledip added a twist I enjoyed writing.
To bring my hero Isaac into constant contact with Lily I made him the relief manager at the village pub, The Three Fishes. My research into the financial realities of the hospitality industry gave me his backstory. I made him what I think of as a reluctant hero – on his way to a new life when his old one sucks him back into my story.

Having a good reason (or reasons) to have my major characters pack up and visit Switzerland was important so I made it tie in with Rosa’s career, her hobby and her backstory.

I love picking names for my major characters. Characters I like get names I like and characters I don’t like get names I don’t like. They also have to fit the character’s situation. Lily has the surname Cortez because she used to be married to a Spaniard. Isaac has the surname O’Brien because I like it and was speaking to author and blogger Jenny O’Brien on social media and asked if I could borrow it. Lily’s sister is called Zinnia because I thought that their mums having chosen to name the eldest after a flower might do the same with the youngest. Also, I like to spread the names across the alphabet and hadn’t had any Zs. When I begin to run dry of inspiration for names for minor characters (if they haven’t appeared in earlier Middledip books) I consult my street team, Team Sue Moorcroft. They come up with great ideas. (NB If you think you’d enjoy being part of my street team you can find out more and sign up here.)

As for the setting, a lovely writing friend, Rosemary J Kind, lives between Switzerland and the UK. We were talking about her road-trips across Europe to Switzerland when she said, ‘If you want to set a book there you can come with me’ I quickly messaged my editor and suggested the next winter book be set between Switzerland and ‘my’ English village of Middledip and (happily) she came back with, ‘Ooh, lovely!’ I went back to Rosemary to check she meant it. She said yes so I set about plotting the book.

The timeline. That might sound general but I’m not great at timelines, even though I always create a chart. The timeline for Let it Snow was particularly tricky. The usual timeline of the story arc had to work with the timeline for medical treatment of a secondary character and also with major characters being in different countries at one point. Anomalies were picked up by the proofreader and I was so sure that I’d been careful that I almost sent my electronic timeline and asked for her to check it against her queries. I’m glad I didn’t because except in one detail I was wrong and she was right.

To Switzerland via a two-day road trip through England and France with Rosemary driving and an Entlebucher hound (Swiss mountain dog) called Wilma in the back. There was industrial action taking place in France and I spent some of the time online to a friend who lives near Strasbourg (see Just for the Holidays for that setting!) for information on where to avoid and how to get fuel. In Switzerland I experienced everything wintry and Christmassy that I could squeeze in – mountains, lakes, bells, processions, cities, villages, ice skating rinks, tunnels, Christmas markets, churches and cathedrals, choirs, advent, bratwurst, glühwein and chocolate.

In other aspects, such as the hospitality trade in the UK or whether a lesbian couple could have accessed artificial insemination in 1983, my brother Trevor took a major role. I’m liking his retirement because he seems to enjoy the ferreting out of facts on my behalf.

I’m fond of saying it took me twenty years to be an overnight success – from when I sold my first short story to The People’s Friend in 1996 to when The Christmas Promise was #1 on Amazon Kindle in 2016. During that time I fitted my writing around several part-time jobs and my children, building my career all the time. I stopped counting when I’d sold 150 short stories. I’ve also sold serials, columns, courses, articles and even letters to the press. I taught quite a lot of creative writing, too. As my writing career progressed I was able to spend more time on my focus – the novels – and let other stuff take a back seat. There were two major turning points: going to independent publisher Choc Lit in 2010, with whom I stayed for seven books; and then beginning to work with my agent, Juliet Pickering of Blake Friedmann in 2015. Juliet selected a great publisher for me in Avon (HarperCollins) and between them they sprinkled magic dust on my career. After The Christmas Promise getting to #1 my editor told Juliet that the next aim was to make me a Sunday Times bestseller. I remember reading the email and saying aloud, ‘And good luck with that!’ But it happened the very next book as The Little Village Christmas rose to #6 in the Mass Market Fiction chart.

To never give up; to keep learning (the RNA Conference is an excellent route to this!); and to learn about publishing as well as about writing.

Thank you for inviting me onto the RNA blog. The RNA has been fundamental to my career as it has provided me with education, experience, introductions, a host of author friends, a lot of contacts and a ‘can do’ attitude.

Thank you so much for joining us today and for giving us an insight into your world. It’s been an absolute pleasure. 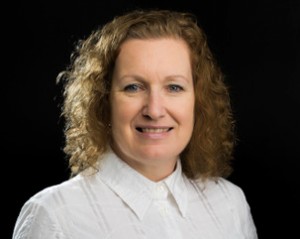 Sue Moorcroft is a Sunday Times and international bestselling author and has reached the coveted #1 spot on Amazon Kindle. She’s won the Readers’ Best Romantic Novel award, the Katie Fforde Bursary and has been twice nominated in the Romantic Novel of the Year Awards. Sue’s novels of love and life are currently released by publishing giant HarperCollins in the UK, US and Canada and by an array of publishers in other countries.

Her short stories, serials, columns, writing ‘how to’ and courses have appeared around the world.

Born into an army family in Germany, Sue spent much of her childhood in Cyprus and Malta but settled in Northamptonshire at the age of ten. An avid reader, she also loves Formula 1, travel, time spent with friends, dance exercise and yoga.

Where you can buy the book:

How to keep in touch with Sue: