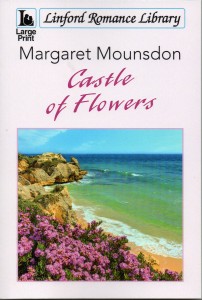 What exactly did the powerful Vicente family do to Evie Quinta’s father to make him flee his native Portugal? Evie sets out to find out and discovers a far more shocking secret than even she could have imagined. 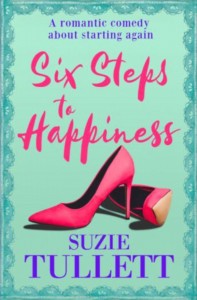 When Ronnie’s husband, Nick, leaves her for their next-door neighbour, Gaye, Ronnie’s life starts to fall apart.
Devastated by the break-up of her marriage, Ronnie is desperate for Nick and Gaye to set up home elsewhere. But Nick and Gaye won’t budge.
To add to her problems, Ronnie’s daughter and mother-in-law decide to stage an intervention. With her family keeping a close eye on her, Ronnie is forced to become more devious in her actions to get rid of Nick and Gaye. But just how far will she go? And is moving on ever that easy? Six Steps to Happiness is a hilarious look at just how far one woman will go to recover from a broken heart and find happiness again.

Catherine Curzon & Eleanor Harkstead: The Captain and the Best Man

(Captivating Captains #4)When Josh meets a handsome airline pilot on a sun-kissed island, he finds out what flying first class really means!
A chance meeting with handsome airline pilot Captain Guy Collingwood leads to a hot and raunchy holiday romance. Guy’s everything Josh is looking for in his ideal man, yet his unruffled demeanour hides a past regret. As a fearsome tropical storm threatens the island paradise and a broken family threatens Josh and Guy’s happiness, the stakes have never been higher. Can St Sebastian work its magic to heal past wounds and will Josh and Guy’s holiday fling take flight?

Recovering from an abusive marriage, Alice de Grecy’s world is turned upside down when she comes face to face with the man she rejected seven years ago. Ross Trelawney has spent seven years trying to forget the only woman he has ever loved. But surrounded by greed and ambition, can two broken hearts find a second chance at love? 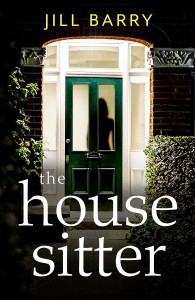 When Suzanne and Eddie put their house on the market, they neglect to tell their friend and house sitter, Ruth. When she finds a ‘For Sale’ sign perched in their garden, she’s outraged, never having imagined they would leave. What follows is a series of events that are set to ruin the couple’s plans, with dramatic consequences no one could have predicted. 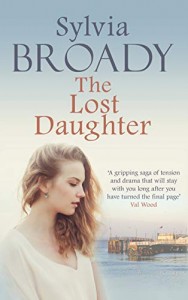 Alice Goddard is involved in a road accident. In the hospital when she recovers, her daughter is missing. Penniless and homeless, she must rebuild her life, never giving up hope of being reunited with her daughter.

Louise Allen: Contracted As His Countess 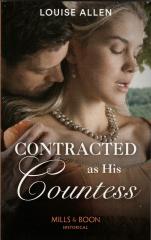 Madelyn Alylmer’s father was wealthy and exceedingly eccentric – he brought up his daughter in a medieval world despite the fact it was 1816 outside the castle walls. His dying wish was for her to marry a man of title and impeccable lineage – Jack Ransome. Jack’s father and brother squandered the family fortune and lost their lands. Now he’s the 5th Earl of Dersingham and too proud to use the empty title. But Madelyn’s father acquired his lost lands and now she is offering them to him – provided he marries her. Can Madelyn leave her castle walls and enter an unfamiliar modern world? Can Jack deal with a wife who has no idea how to go on in Society, a bride he has been trapped into marrying? Can a contract to marry possibly lead to a love match?

LEAH FLEMING: DAUGHTER OF THE TIDE. 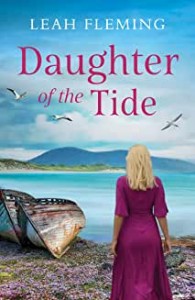 On a Scottish island, Ewan and Minn grow up within a strict community, divided by class and a tragedy. When war comes they are separated and Ewan, now with the SBS finds himself trapped in France. Thinking him dead, Minn makes a fateful marriage. When he returns, they are separated again by a terrible secret. Making new lives for themselves, trying to forget the past, they meet again. 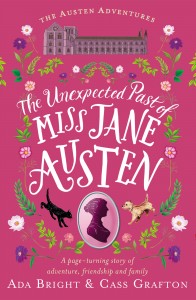 Rose Wallace thought her time-travelling adventures were over. Jane Austen is about to prove her wrong. After becoming trapped in present-day Bath due to a mishap with her time-travelling charm, Jane Austen is safe and sound back in the 1800s thanks to Rose’s help. Now, Rose is ready to focus on her fledgeling romance with dreamy Dr Aiden Trevellyan. But when Jane reappears in the present, it looks like Rose and Aiden have no choice but to follow her back to 1813… Staying in the Austen household, Rose and Aiden are introduced to a number of interesting figures from the past, including Jane’s eccentric – and surprisingly modern – neighbour. Suddenly Rose’s life is in need of a re-write as she discovers some unexpected ties to Jane Austen’s world and her past. 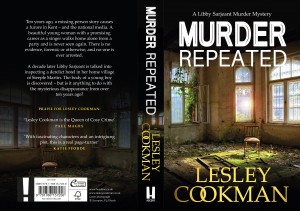 The 20th full-length novel in the Libby Sergeant series 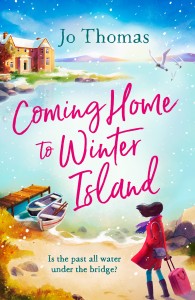 Wrap up warm and explore the breath-taking beauty of a remote Scottish island and an old house waiting to unlock enchanting family secrets. Do you need to find out where you’ve come from before you can know what the future holds? Ruby’s singing career is on the verge of hitting the big time when her voice breaks. Fearing her career is over, she signs up for a retreat in Tenerife to recover. But an unexpected call from a stranger on a remote Scottish island takes her on a short trip to sort out some family business. It’s time to go and see the grandfather she’s never met. City girl Ruby knows she will be happy to leave the windswept beaches behind as quickly as she can, especially as a years-old family rift means she knows she won’t be welcome at Teach Mhor. But as she arrives at the big house overlooking the bay, she finds things are not as straightforward as she might have thought.
There’s an unexpected guest in the house and he’s not planning on going anywhere any time soon …

Fiona Collins: You, Me and the Movies 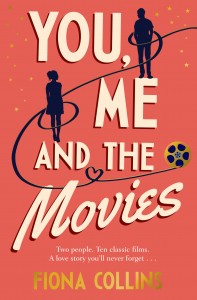 When Arden meets Mac she quickly falls for the handsome, charismatic film lecturer. Their love is the sort you see in movies: dramatic, exciting and all-consuming… and complicated. A love like theirs could never last. But years later, whilst visiting a friend in hospital, Arden sees the one face she could never forget. Badly injured, Mac can only make brief references to the classic films they once watched together. Which is all it takes for Arden to remember everything…Will Arden ever find a movie-worthy love again?

A 1920s romp in the country. Above and below stairs, everyone’s talking about a last-minute house guest. Except for reluctant deb, Eleanor, who prefers horses to eager suitors. But she gets on well with his lordship’s valet, a loyal servant who believes love can blossom in the most unexpected of ways.

Lucy Coleman: A Springtime To Remember 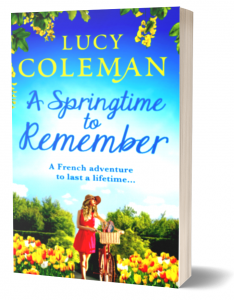 Paris and the Palace of Versailles have always meant a lot to TV producer Lexie. Her grandma Viv spent a year there, but her adventures and memories were never discussed, and Lexie has long wondered why they were a family secret. When work presents the perfect excuse to spend Springtime in Versailles, Lexie delves into Viv’s old diaries and scrapbooks, and with the help of handsome interpreter Ronan, she is soon learning more about the characters that tend to the magnificent gardens, now and in the past. In amongst the beauty and splendour of the French countryside, a story of lost love, rivalry and tragedy unfold. Can Lexie and Ronan right the wrongs of the past, and will France play its tricks on them both before Lexie has to go home? Will this truly be a Springtime to Remember… let Lucy Coleman sweep you away with this perfect feel-good love story. 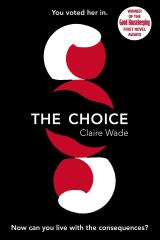 Imagine a world where…
Everything you ate was monitored by the government.
Every step you took was counted. Your children were weighed every day at school. Neighbours reported on neighbours and no one was safe from judgement. Sugar was illegal, and baking was a crime.
Imagine if that world was here… What would you do?
Toe the line or fight for your freedom… 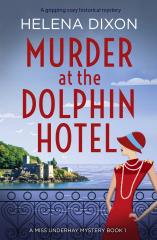 June 1933. Independent young Kitty Underhay has been left in charge of her family’s hotel, The Dolphin, on the tranquil English coast. But when several rooms are broken into and searched, including Kitty’s own, she quickly realises that something out of the ordinary is afoot at the hotel. Aided by ex-army captain Matthew Bryant, the Dolphin’s new security officer, Kitty is determined to decipher this mystery and preserve not only the reputation of her hotel but also the lives of her guests. Is there a cold-blooded killer under her own roof? And what connects the missing jewel to the mystery from Kitty’s own past? 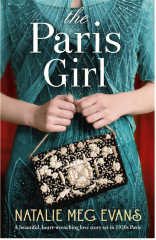 Romance
Bookouture.
In 1920s Paris, a young woman will lose everything… and finally, discover what matters most. Tatiana Vytenis has worked hard to leave her past behind through marriage to Gérard de Sainte-Vierge – a handsome, if occasionally overbearing, aristocrat. With the Sainte-Vierge heirloom ruby sparkling on her finger, Tatiana feels she should be happy. Not long ago she was penniless and now she’s about to become a marquise. But one night in a café in Montparnasse, Tatiana discovers she’s the unknowing plaything of a man who cares more for a position than for her. As her situation becomes ever more desperate, she crosses paths with an unlikely guardian angel. Regan Dortmeyer is an American in Paris – a war photographer running from his own hard knocks in Hell’s Kitchen, New York. He’s no fancy French nobleman, but Regan has seen the lengths to which a wicked man like Gerard will go. 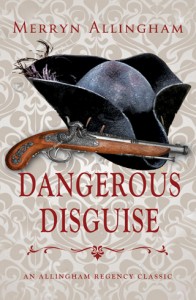 Jack Beaufort, Earl of Frensham, is forced to retreat to the country, a scandal at his heels. The last thing he expects to face in this quiet retreat is a highwayman. Or to discover, when he lays hands on the villain, a form that is undeniably female … Lucinda Lacy will do anything to save her brother, including highway robbery. The last thing she expects is a victim who waves aside her pistol and comes close to capturing her. Or that he’ll turn out to be the man she’s supposed to marry.
Jack has a problem. Should he unmask the daring Miss Lacey and hand her over to the law, or join her in the dangerous game she’s playing? Lucinda has a problem, too. Can she trust Jack not to give her away ­—and not to marry her? 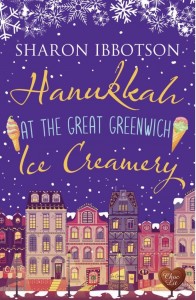 Cohen Ford is a man who could do with a little bit of sweetening up. It’s no surprise that when he walks into The Great Greenwich Ice Creamery on a typically gloomy London day before Christmas, he insists on a black coffee rather than his childhood favourite – strawberry ice cream.
But then he meets River de Luca, the woman behind the flavours. After their first encounter, Cohen begins visiting the ice creamery every Tuesday, gradually learning more about the intriguing River. Could her influence encourage cynical Cohen to become the man who embraces Christmas, Hanukkah and even strawberry ice cream?

New Releases are brought to you every month by Sheila Riley, author of The Orphan Daughter. A member of the RNA since 2003, Sheila is published by Boldwood Books and represented by Felicity Trew of the Caroline Sheldon Literary Agency.