RNA 60th ANNIVERSARY – HOW TO WRITE ROMANCE – Plotter or Pantser?

Each month we are highlighting a particular aspect of writing romance, and we are kicking off with that perennial question – plotter or pantser? As we all know, there is no right or wrong way, but here’s what our bestselling authors had to say on this subject:- 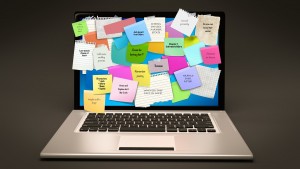 e Kinsella is “definitely a plotter” and thinks of herself as a “plot geek”. She spends “weeks if not months planning a book”, thinking about it, scribbling notes, pinning up postcards on her plotting board and trying to get the story in shape. But she adds, “Having said that, once writing, I’m always surprised as I go along. New ideas come to me and I change my route. So although I create a roadmap before I begin, I’m flexible while I’m writing.” Rosanna Ley and Elaine Everest agree with this approach, and as Elaine points out, “writing sagas means you have to know the history behind the period and weave the characters’ stories in-between ‘real-life’.”

Dilly Court, on the other hand, is a pantser. Her main character “is the starting point, together with the challenges preventing her from achieving her life’s ambition.” She has a picture in her mind’s eye and goes on from there.” Sheila O’Flanagan is “mostly a pantser”, but from time to time she will jot down plot points on a piece of paper (which she invariably loses!). Her one piece of planning is to construct a family tree for the main protagonists and a timeline of major events in their lives – sounds like excellent advice! 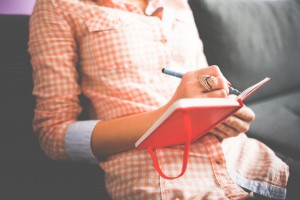 Jill Mansell always feels like “the most disorganised writer in the world”, but she is trying very hard to get better at advance plotting. “I use the car headlights system of only being able to see a small distance ahead of me, and it isn’t easy!” Liz Fielding is “largely a pantser – I try to plot but if I do it thoroughly, I find I lose interest in writing the story because it’s told. I usually have some scenes in my imagination and, at the back of my mind, I will have a vision of the ending. It doesn’t always work out quite that way, but that’s what I’m writing toward.” For Milly Johnson there is no doubt though – “I am a total pantser. I plan nothing. So when people say ‘I’d love to write a book but I don’t know where to start’ my answer is ‘Neither do I!’”

Being a bit of both – or what Kate Walker calls a ‘plantser’ – seems the most common option. Kate always knows where she’s going, but not exactly how she’s going to get there. “I work from characters – the conflict between them, the way that needs to be resolved and the way that will happen.” She needs to know her characters really well and then “travels hopefully into the mist.” Katie Fforde says she needs a bit of an idea where she’s going, but often can’t be bothered to think of what’s ahead and just starts writing.  “However, I will stop and write a synopsis for a few chapters as I go along,” she adds. “I can’t start until I know the direction of travel but never really plan in a detailed way.” For Barbara Erskine, who writes dual period novels, it’s a case of having to plot the historical part, based on fact, very carefully, including the improvised fictional bits in between. The modern sections, in contrast, “start fairly well-plotted but tend to go off-piste fairly quickly as the stories intertwine.”

Prue Leith is another author who is a “bit of both – I plot the story of the whole novel, but as I write I often veer off course and change things” – as is Dinah Jeffries. “I like to have a clear idea of the story and the premise, but I also leave enough wriggle room for new ideas or even themes to emerge.” She and others “enjoy the thrill of discovering the novel” as they write. However, she also points out that “planning thoroughly certainly cuts down the writing time you need, and also the anxiety that can develop when you feel yourself looking at a blank page and wondering what’s next.” Very true! 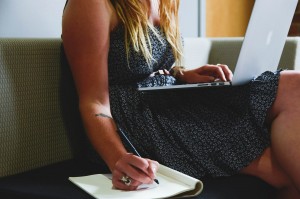 So what is the best way of plotting? For Rosanna Ley, the starting point will be different for each novel. She writes lots of notes, thinks and walks, then tries to form it into a detailed synopsis. “This is my comfort blanket. I can move away from it but it’s always there if I need it.” For others, a more organic approach works better. As Rosanna says, “Planning enables the writer to begin with a strong structure and a good idea of where things are going, but it’s important to maintain a sense of spontaneity too as this is part of creativity.” Barbara Erskine starts with “a timeline, long walks, pacing the floor, nights sleepless with excitement as the ideas start to flow and, as a first port of call, a mind map (on a chalkboard) then I go to pencil and large notebook, double spaced for room to backfill.” She never does a detailed plot beyond that, but has “learned to keep notes of each chapter as I write so I can find things later when I start the second draft.”

Jill Mansell has a different approach – “My characters run away with me and come up with ideas of their own, which regularly ruins any ideas I may have had. I use post-its on a long Sellotaped-together timeline to keep track of what’s happening and to remind me not to forget to conclude any sub-plots I might start and then lose track of.” Not so Milly Johnson. “I have tried to plan, to do the post-it notes thing, but it doesn’t work. Not for me. I am organised chaos. There’s no right and wrong way to write – only your way.” Kate Walker thinks the WHY is always the most important part of her writing process. “I usually start with – and am inspired by – the seed of a story. What if this happened between these two people?  What would keep them apart and why? And what would resolve the problem between them – and why?”

As for writing synopses for publishers for the next book, most authors find this difficult and some, like Jill Mansell, avoid it completely. “I’ve been lucky enough never to have to write a synopsis before starting a book and chose my literary agent from the Writers’ and Artists’ Year Book purely because she was one of the very few who didn’t ask to see one. I just sent her the finished manuscript of my first novel and she took me on.”

Dinah Jeffries tends “to give as brief a synopsis as possible”, while for Prue Leith it’s not a problem – “I just try to cover the themes rather than the whole story, because I know it might change.” As Kate Walker says, “The trouble is that if I write a synopsis, I tend to feel I’ve told the story already and the excitement/tension in the book can flatten.” 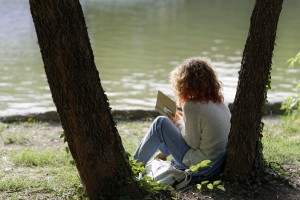 Sometimes the characters try to take over, ruining any plotting completely. Should we rein them in? Katie Fforde says no, she doesn’t mind at all – “If my characters try to take over, I let them. I’m grateful for the help.” Milly Johnson also lets them have their say. “They know themselves better than I do – you create monsters. If you write something that jars with them, you have to alter it because it doesn’t sit well on the page and they will not stop nagging you mentally until you do.” Rosanna Ley feels that ‘characters taking over’ just means “that they are coming alive on the page and developing as characters with individual motivations and desires – which is good!” And Kate Walker believes that asking them ‘why did you do that?’ reveals more about the character than forcing them into a mould she’s created for them. Sheila O’Flanagan tries to “nudge them in the desired direction, but it doesn’t always work”, while Barbara Erskine says simply “characters know best”. And a word of warning from Liz Fielding – “occasionally, secondary characters can start playing up. The only way to deal with that is to promise them that if they behave, they can have their own book.”

Please let us have your thoughts on the above! And don’t forget to look out for next month’s post on Characters!