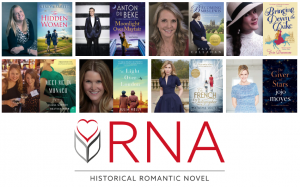 Congratulations to the Contenders for the Goldsboro Books Historical Romantic Novel Award: 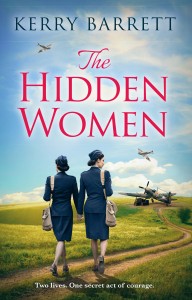 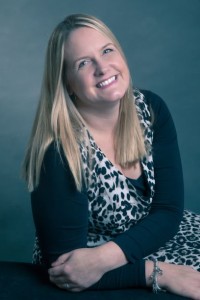 Lilian Miles joins the Air Transport Auxiliary in WW2 intending to fly planes and forget her troubled past. Can handsome mechanic Will Bates help her move on? In 2018, Helena is researching for a TV show when she stumbles on a family mystery. Is Lil’s secret about to be revealed?

Where did the inspiration for The Hidden Woman come from?
My background is in writing about television – soaps particularly – and I have learned SO much about plotting and character from Corrie, Emmerdale and EastEnders. I start my writing day by watching an episode of a soap and I have my own soaps website www.soapboxtv.co.uk. My books are all standalone, but the breakfast presenter – Sarah Sanderson – whose story Helena is also researching, is mentioned in every book.

I got the idea for The Hidden Women when I heard one of the pilots on the radio talking about her time in the ATA. My grandma was in the WAAF during the war and her stories have stayed with me also. When I was writing Lilian’s story, I could imagine Lil being friends with my grandma.

How does it feel to be a contender for the Romantic Novel Awards 2020?
I’m so thrilled to be shortlisted and it really means a lot that people have read and enjoyed my story. While Lilian is fictional, the incredibly brave female pilots of the ATA were real and I loved hearing their tales while researching the book. 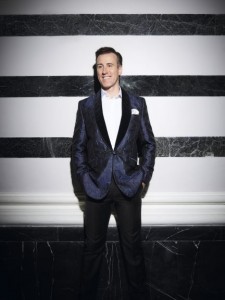 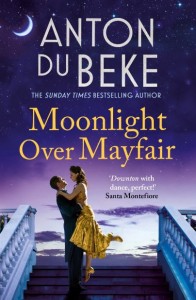 With a new king in place, tensions are rising in London and across Europe. Shaken by the Great Depression and with talk of another war coming, the staff and guests of the Buckingham Hotel soon discover that in a hotel full of secrets, there’s always someone listening . . .

How does it feel to be a contender for the Romantic Novel Awards 2020?
I am absolutely thrilled to be shortlisted for this award. I might still have the chance to win something yet! 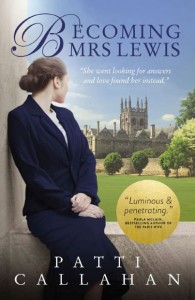 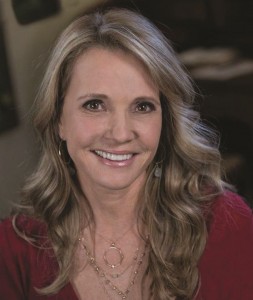 The improbable love story of the award-winning poet and writer from New York, Joy Davidman, and the beloved Oxford professor and author, C. S. Lewis. A transformational journey of a woman who not only changed her life but the life and work of one of the most talented authors of the 20th century.

Where did the inspiration for Becoming Mrs Lewis come from?
Who was this woman who so enraptured Lewis that her death nearly destroyed him and his faith? I didn’t want to know just the facts – most of those are disputed anyway as everyone has their own opinion on who she was and how she lived – I wanted to know her story, the narrative, even if I had to write it.

Joy was not interesting merely because C. S. Lewis fell in love with her. Not even close.
With intense curiosity, I began to read Joy’s work. Her poetry, essays, books and letters flamed with talent, pain and insight. Her words a force of beautiful prose that many tried to squelch and inhibit. Then there were the conflicting narratives about Joy’s life – some complimentary and others outright critical. Who was she really? A brash New York woman who inserted herself into Lewis’ life or a brave and forthright woman of such brilliance that she threatened the men and women who wanted to shove her into what they believed was her rightful place? This was a woman diverse, courageous and complicated, and a woman whom C.S. Lewis loved with all of his being.
Joy often seemed not to care what others thought of her – but I did.

How does it feel to be a contender for the Romantic Novel Awards 2020?
I am thrilled and honoured to be shortlisted for this prestigious award. What we hope for most as authors is to reach the hearts and minds of our readers, and this award acknowledges the unmatched power of story. Thank you so very much! 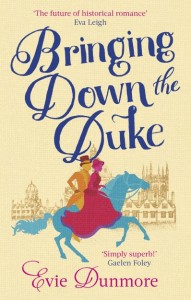 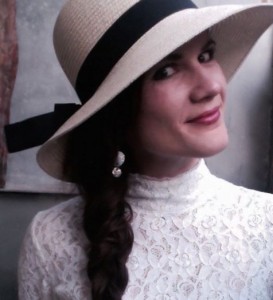 England, 1879: when first female Oxford student Annabelle Archer campaigns for women’s suffrage, she crosses paths with the aloof, conservative Duke of Montgomery. A clash of wills quickly turns into forbidden attraction that makes Montgomery question everything he stands for and he faces a choice between duty and love.
A lot of research about women’s rights & higher education in Victorian England went into this book series. Bringing Down the Duke has been a great success in the United States since it came out in September 2018 – it gained starred reviews from each of the five big book industry journals, received endorsements from NPR and Entertainment Weekly, has since been sold to three European publishers, and landed on several of the relevant Best Books / debuts / romances of 2019 lists.

I had no idea my debut had been entered, so learning that Bringing Down the Duke was shortlisted was a wonderful surprise!

Meet Me In Monaco, Hazel Gaynor and Heather Webb, (HarperCollins) 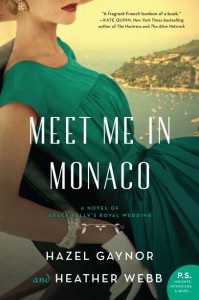 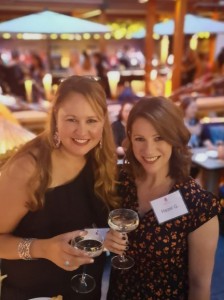 Set in the 1950s against the backdrop of Grace Kelly’s whirlwind romance and unforgettable wedding to Prince Rainier of Monaco, MEET ME IN MONACO takes the reader on an evocative sun-drenched journey along the Côte d’Azur in a page-turning novel of passion, fate and second chances.

About the Authors
Hazel Gaynor and Heather Webb are internationally bestselling authors, who began writing together in 2015 after being introduced through their mutual agent. Their debut collaboration Last Christmas in Paris: A Novel of WW1 was a USA Today and Globe & Mail bestseller, and won the 2018 Women’s Fiction Writers Association STAR Award. Meet Me in Monaco was released to much acclaim in 2019, and was shortlisted for the 2019 Digital Book Awards Fiction Book of the Year. The writing duo have also established successful careers as individual novelists, and have written eleven critically-acclaimed, internationally bestselling, and award-winning historical novels between them. Hazel lives in Ireland, and Heather lives in the United States which shouldn’t lend itself to collaborative writing, but does! You will often find them on trans-Atlantic calls, furiously working out the next plot point, and they absolutely treasure the very special partnership – and friendship – their writing has forged. Their research for Meet Me in Monaco (inspired by the wedding of Grace Kelly to Prince Rainier), took them to the stunning French Riviera, and to Grasse – the perfume capital of the world – where they made their own perfume, and visited the cathedral where ‘the wedding of the century’ took place in 1956. Their two-week American book tour for Meet Me in Monaco took them to fifteen events in six states, including New York, Philadelphia and Charleston, and ended with them hosting a 1950s themed book club at a vineyard. They choose their events very wisely! Their next co-written novel will be published in 2021.

We are absolutely thrilled and incredibly honoured to be shortlisted for such a prestigious award. You might have heard our transatlantic squeals of excitement! The RNA is a wonderful and important organisation, and such a fantastic champion of romantic historical fiction. We look forward to joining the RNA President, sponsors, and our fellow authors at the ceremony in March to celebrate the best in romance writing. 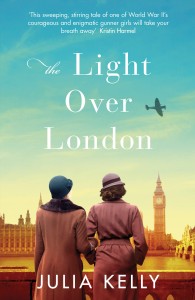 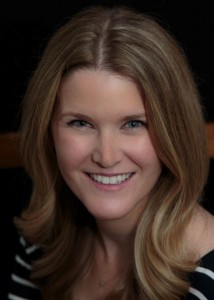 2017 When Cara Hargreaves discovers a diary from the 1940s, its contents will change her life forever…
1941 When Louise Keene meets a dashing RAF pilot she is swept off her feet. Then he’s sent to war and Louise, defying her mother’s wishes, ends up a gunner girl in London.

How does it feel to be a contender for the Romantic Novel Awards 2020?
I’m truly honoured to be shortlisted for the the RNA Awards and to know that The Light Over London has touched readers. The books that the authors in this incredible organisation write every day inspire me to continue telling stories about love and hope. 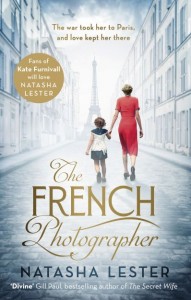 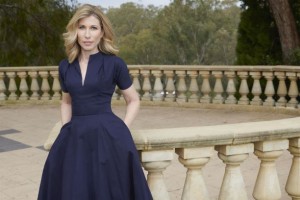 Manhattan, Paris, 1942: When Jessica May’s successful modelling career is abruptly cut short, she is assigned to the war in Europe as a photojournalist for Vogue. But when she arrives, the army men make her life as difficult as possible. Three friendships change that: journalist Martha Gellhorn encourages Jess to bend the rules, paratrooper Dan Hallworth takes her to places to shoot pictures and write stories that matter, and a little girl, Victorine, who has grown up in a field hospital, shows her love.

2005 – Australian curator D’Arcy Hallworth arrives at a beautiful French chateau to manage a famous collection of photographs. What begins as just another job becomes far more disquieting as D’Arcy uncovers the true identity of the mysterious French photographer…

What was the inspiration for The French Photographer?
The book is inspired by real life war photojournalist Lee Miller. I travelled extensively through France to research the book, including staying at a French chateau for a week as the contemporary storyline of the book is set in a French chateau.
How does it feel to be a contender for the Romantic Novel Awards 2020?
Wow! As an author living on the other side of the world in Australia I never thought anything like this could happen. I’m so thrilled readers in the UK have fallen in love with The French Photographer. 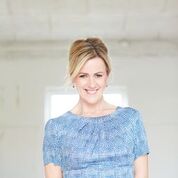 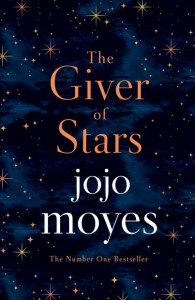 Romance novelist and screenwriter Jojo Moyes is one of only a few authors to have twice won the RNA’s Romantic Novel of the Year Award. She became a full time novelist in 2002, after a varied career including stints as a minicab controller, typer of braille statements for blind people for NatWest, brochure writer for Club 18-30 and journalist for The Independent and the Sunday Morning Post in Hong Kong. Her novels have been translated into twenty-eight languages, and three of her novels have been adapted for film, including the hugely popular Me Before You.

She lives near Saffron Walden with her husband and their three children.