In honour of the RNAs 60th anniversary year, we have put together a special series of blog posts on various aspects of writing romance. These will feature advice and comments from some of our bestselling author members, who all have a wealth of experience and expertise. We hope these posts will be informative and interesting to both new and seasoned writers, but please feel free to add your own tips in the comments section below!   Each month we are highlighting a particular aspect of writing romance, and this month we are focusing on CHARACTERS. As we all know, there is no right or wrong way of creating characters, but here’s what our bestselling authors had to say on this subject:-

Characters – do they just appear in our subconscious and ‘talk’ to us?

Image by Free Photos at Pixabay

For Liz Fielding – yes! “They start telling me their story in my head and since I have always talked to myself – an only-child thing – I have a conversation with them. Out loud. The first time one of my children caught me doing this was a bit blush-making, but they got used to it!”

Katie Fforde’s characters, however, reveal themselves to her “bit by bit after I’ve thought ‘who would be in the situation/setting?’ The one thing I do have to know is – can they cook? Some can, some can’t.” Setting or an occupation are her starting points and “it’s very important to get it right.”

Dilly Court visualises each scene “as if watching a film or a play on television”. She writes down what the characters say, then finds that “the story evolves quite naturally, and the characters develop minds of their own. It’s all a bit of an adventure.” Elaine Everest watches films and listens to music from the 1940s on YouTube, where she “discovered an American singer … with the big bands of that time.” She now longs to give her heroine “the chance to become a singer”, but at the moment she’s required to run her teashop. Perhaps in book three … 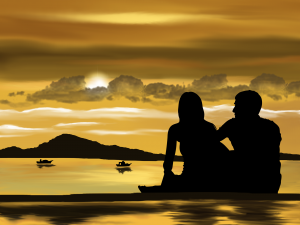 Image by bngdesigns at Pixabay

Barbara Erskine, time slip author, says “historical characters are obviously a bit pre-ordained and mature very quickly into real people.” But the fictional characters “appear fully formed and talk to each other. I’m just taking it all down as their amanuensis. Hard to keep up sometimes!”

Dinah Jeffries picks a location first. As she “looks at images of it, read about it or go there, a main character will come to mind. Something she might say pops into my head … so yes, the characters do talk to me.” For Milly Johnson, the first stop is the name. “That usually leads me to how they look but I override this if I’ve had a glut of characters of the same height and hair colour. I can never see their faces in that much detail” but “as I write, they flesh out with the things they do and say. I write down basic characteristics in a pad which helps with continuity.” Excellent advice – it’s easy to forget halfway through a story!

Prue Leith’s characters are generally broadly based on people she knows “and then I embroider them … I do deliberately give them some characteristic unrelated to the story. One of my characters collects antiques, one sings Italian arias at full tilt, etc.” Good idea to give characters unusual quirks.

Jill Mansell never has to work hard to create a character. “As soon as I choose a name and give them a reason for being in the book, they arrive fully formed in my head and I feel as if I know everything about them, apart from what they look like.” She keeps “detailed notes of their physical appearance” and yet “come the final chapter, still have no idea what my hero and heroine look like, but I’ll know their personalities inside out.”

Rosanna Ley’s creates “a profile” and makes notes about her characters, “… how they would react to things and who they really are. The more I think about them, the more I get to know them. When they start talking to each other in my head (often at inappropriate times) then I know I’m ready to start writing about them …” Sheila O’Flanagan starts with “the overall theme” and the characters seem to fall into place. “I enjoy creating them layer by layer, like a painting.”

Kate Walker reminds us that in a “category romance it is the emotional journey that develops between the hero and heroine that creates the plot” and “there are … only so many different storylines. To bring originality to the novel, I need interesting and individual characters” so “… instead of just being ‘a marriage of convenience story’, it becomes Dario and Alyse’s story, and their particular reasons for going into a marriage of convenience are because of them as individuals and their circumstances.”

What about secondary characters? 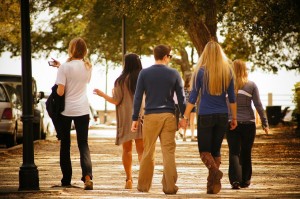 Sophie Kinsella thinks they “are absolutely key to making a book sing. As a reader, it is often the secondary characters whom I come to love or hate the most! So I really enjoy creating the most interesting characters I can, even if they only appear briefly.” Barbara Erskine agrees they are important “but if necessary they have to be stamped on! Sometimes I promise them their own book later to comfort myself for having to cut them out altogether!” Elaine Everest also believes they “must know their place”.

Liz Fielding says “they are there to jog the plot along at vital moments, create jealousy (my first editor told me never to underestimate jealousy!), say the wrong thing, let cats out of bags or just nudge one of the main protagonists in the right direction … And they have to be three-dimensional, real.” Kate Walker feels that “if they just fill out the word count, they need to be pruned out of the story.”

Jill Mansell loves them – “… they quite often threaten to take over my books – I just let them get on with it! We live our lives interacting with a range of other people and it would feel strange not to, so why should a novel be any different?”

Dinah Jeffries adds that “it’s crucial to know whose story it is, and what is actually driving it.” And Rosanna Ley thinks they’re important “because main characters don’t exist in a vacuum … If a secondary character is dominating, perhaps the main character needs to be made stronger?” For Milly Johnson, they are “very VERY important. They bring colour to the story and can be used for all sorts of plot reveals.”

Finally, how can we promote more diversity in the romance genre?

Rachel Hore feels strongly about this. “We should feel free to write about anything and anybody, but equally readers are not obliged to read what we’ve written or let it go unchallenged. If I write from the point of view of a person of colour or some other difference, I would feel it incumbent upon me to conduct thorough research and seek expert advice. If a writer is to hold up a mirror to society, clearly there are many representatives … who should make it into fiction. To write a convincing novel about contemporary London … is virtually impossible without including a range of … characters of different heritages and experience. Yet we all know the difficulties of tokenism and cliché. Most important, though, is … to admit to the RNA writers from more diverse backgrounds and to help them get published.” 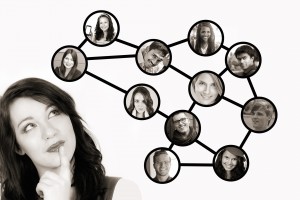 Image by gerald at Pixabay

Liz Fielding’s first Mills & Boon romance had a gay secondary character. “Not … in a ‘Here is Walter. He is gay’ way. It was just who he was. No one fussed about it … And I wrote about a disabled heroine in a wheelchair; Matty was one of those insistent secondary characters who wouldn’t leave me in peace. The book won a RITA.”

Katie Fforde says “I’m afraid I don’t consciously try to make them diverse. I am very wary about writing people I don’t understand from the inside.” And Milly Johnson doesn’t force them “to be diverse for the sake of it, they have to fit into the story. My new book features a lesbian firefighter. I didn’t deliberately make her a lesbian to say ‘Look at me, I’m promoting diversity’… that’s just how she formed in my head. Same with Astrid – a very tall and glamorous transsexual cleaner. She wasn’t there as a figure of fun – even though … it was important that we laughed with her and not at her”. Milly was delighted “to receive letters from the trans community thanking me for making her such a sympathetic character.”

In her next book, Elaine Everest has a family from Trinidad. “Set in 1947/48 … they are in the minority in the small town. I show how they are accepted with most families and how some people are unaccepting of change.” She points out that she writes characters “as they would have been seen” then and “not how we are expected to consider them today.”

Sheila O’Flanagan says “as society changes so have the characters in my books.” She now includes “characters from different ethnic backgrounds, physical ability or sexual orientation. However, they’re usually secondary characters as … there are many writers who are probably better placed to write in more detail about characters with a different ethnicity or sexuality to my own.”

Kate Walker has “never felt constricted or obliged to write just one type of character”, but has always said “I will only write more diverse characters if I can do that well … I love to see more diversity in all ways coming into the books.”

Please let us have your thoughts on the above! And don’t forget to look out for next month’s post on Heroes!