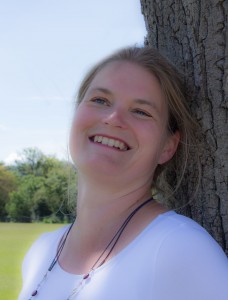 This week I would like to introduce Fay Keenan. Fay was born in Surrey  and  raised in Hampshire, before moving to the West Country during the grumpy stage of her adolescence. After studying English and Politics at the University of York (along with an informal qualification in wildfowl spotting and the avoidance of goose poo), she worked in Manchester, Exeter, and finally settled back in the West.

Fay has been writing since she could pick up a pen, and has had several articles published in education magazines, including the English and Media Centre’s Media Magazine. The Little Somerby series is her first foray into novel length fiction, although she has written stories of many flavours over the years, including fanfiction. The Second Chance Tea Shop is the first book in the series.

When Fay is not chasing her children around or writing, she teaches English  at a secondary school in the West Country.  She lives with her husband, two daughters, a cat, two chickens and a Weimaraner called Bertie in  a village in Somerset, which may or may not have provided the inspiration for Little Somerby.

How does ‘The Weekender’ differ to the previous novels you have written?

It’s set in a new (fictional) Somerset location that could be said to be a little more ‘out there’ than Little Somerby, the village I set my first three novels in. It’s more ‘New Age’, and Holly Renton, my heroine, is the owner of a health and wellbeing shop on the High Street. It also deals with politics and more ‘real life’ causes, which were fascinating, and at times heartbreaking to research.

‘The novel draws on the real life experiences of politicians as well as attempting to shed a light on the effects of the the condition cystic fibrosis on patients and their families.’ How did you go about researching these topics?

I like to think I’m queen of the cheeky question, so when I needed to get the inside track on what it was like to be an MP, I emailed the three most local to me (at the time a Cabinet Minister, a Junior Minister and a backbencher) and asked if I could interview them. What initially was meant to be a ten minute slot with the Cabinet minister ended up being nearly an hour! All three were really candid, open and honest – which was refreshing and pleasing. I also spent a day in Westminster with James Heappey, the MP for Somerset, which was fascinating and exciting, and allowed me to walk in Charlie, my hero’s footsteps. Actually treading the paths he would take during his time in Westminster was fantastically helpful and I hope gives a really authentic flavour to those sections of the novel. I also met John Bercow, who has a real ‘searchlight charm’ – that was the rock star moment of the day, for me, although I did also pass Hugh Grant in the foyer of Portcullis House, the building opposite the Palace of Westminster where most MPs have their offices.

I also was privileged to be able to talk to the parent of a young boy with CF about the effects of the condition. She’s a friend, and I’d half-jokingly said to her about writing a book about a year prior to starting ‘The Weekender’. She gave me an incredible insight into the condition and the challenges it can pose, including technical details about medications, daily routines and the risks to a child with CF. She also gave me a great insight into the campaign for CF drugs, which plays a role in the book. Although ‘The Weekender’ is a work of fiction, it has its roots firmly in real life.

How do you manage to juggle a clearly prolific writing carrier with being an English teacher?

I’m fortunate to work part time these days at school, although that’s still fairly hectic, so I have three days at home, working around the school runs, to get the writing done. Of course, in practise, that’s not always the case, but I try to write ‘in the gaps’ as well – when the children are at clubs etc. I can often be seen with my laptop on the edge of the swimming pool during swimming lessons, just to get the word count in for the day!

What is your typical writing day?

Drop the children at school, walk my Weimaraner dog Bertie home. On a good day I’ll run home as I’m training for the Bristol 10k in May. Breakfast and social media catchups (tweets, Facebook posts, emails etc) until 10, then cracking on with the writing until 12.30-1ish (with breaks for coffee, loading/unloading the dishwasher/washing/general rescuing house from the onslaught of kids and dog). I’ve recently upped my daily word count target to 2000 words a day, which is typically about a chapter and a half, so if I can get halfway by lunchtime I’m happy. Productivity drops off after lunch, but I try to hit the word count before 3pm when it’s time to head off and get the children. I might try to get another hour in before tea for us all, and then collapsing in front of the TV for something lovely on Netflix.

I think I put a lot of pressure on myself to get the lived experience of cystic fibrosis right. When I present real things in fiction, I want to make sure I’m as accurate as possible, and I was very nervous about getting things ‘right’. My CF adviser is a friend who has a son with the condition, and I was desperate to do them both justice in the story. Also, I had to play a bit ‘fast and loose’ with parliamentary protocol in order to suit my plot, so I had to ensure it sounded feasible, although I tried to keep things as realistic as possible.

My next novel also deals with a subject I initially didn’t know much about – the working life of an Air Ambulance pilot, and so it was important to me that I got the details right for that. I’m always more nervous about sending chapters to the people who’ve advised me than I am to my agent, as I so desperately want to do them justice. Fortunately, they’ve all be absolutely lovely so far!

I noticed you have lived in quite a few places in the UK. Would you say you’re finally home?

Yes, definitely. I’ve lived up and down the country, but now, at last, Somerset is definitely home! 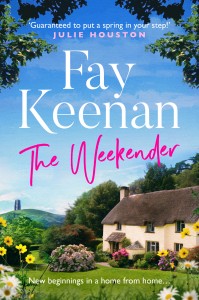 When Charlie Thorpe met Holly Renton, they were not a match made in heaven…

Holly lives and works in the beautiful town of Willowbury in Somerset. An incorrigible optimist, she is determined to change the world for the better.

Charlie Thorpe on the other hand, is the ultimate pragmatist. As Willowbury’s new member of parliament, he has to be. While he’s determined to prove himself to the town, as far as Holly’s concerned, he’s just another politician on the make.

But when their paths cross again, it’s clear they’ve got more in common than they think. Can Holly and Charlie overcome their differences and work together, or are they destined to be forever on opposite sides? And why does Holly have a funny feeling she has met Charlie before…