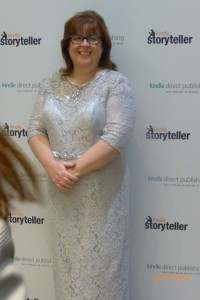 Audrey, what was the inspiration behind your book? Can you tell us a little bit about it?

Lady Edith’s Lonely Heart is based around the Lonely Hearts’ Advertisements which appeared in The Times newspaper. I write Regency Romance, which we all know will have a happy ever after, but I like to make the journey full of surprises for the reader and build the story around real historical details. As soon as I found out that the Lonely Hearts’ Ads had been running since the 1600s, it was inevitable they would feature in a story at some point! I thought it was particularly interesting to be set in the Regency period, when you could only write to someone of the opposite sex if you were engaged to them. It adds to the fear of discovery and shows to what extent Lady Edith was prepared to go to find a person she could love. As you can imagine, there are pitfalls and surprises along the way!

How long did the book take to write? How much rewriting did you do?

I say a book takes me two years to write, but that’s an over-exaggeration really. I work on a book until I ‘get stuck’, then I leave it. I don’t plot a story fully when I start, I have the basic idea, but that’s all the planning I do before I write. This does mean that the storyline dries up but I’ve found putting it to one side and working on something else for a time, usually allows me to mull over the plotline in the background and a month or two later I return to the partial book refreshed and ready to go. It means I usually have three or four stories on the go at the same time. With regards to rewriting, it depends on a couple of things. With Lady Edith, it was going to be a standalone book but as I was writing another story developed from two of the secondary characters. That meant that a bit of rewriting took place to ensure that the continuity flows. I also keep the first in a series back until the series is written (something my readers like), which means Miss King’s Rescue, will be released on the same day as Lady Edith’s Lonely Heart. It’s a lot of work behind the scenes, but I think it’s worth it!

I’ve always loved reading and writing, from being very young. I come from a very working class background and people like me didn’t become authors, so I never considered it seriously as a career. I suffer from a HUGE amount of impostor syndrome, so my flippant response would be that I’m still waiting to be one! Seriously though, I think when my first Regency Romance (I’d published two other books prior to that one) reached number two in Historical Fiction in the US, I actually thought my dream job was within my grasp.

I worked in the public sector for over twenty years and had to be content with writing policies and strategies, until an illness followed by a voluntary redundancy meant that I had the opportunity to write seriously for the first time. I did what everyone does and sent my manuscript off to publishers and got the rejection slips back. I’d heard about Kindle and self-publishing and dismissed it for far too long. Linking back to my illness/condition, I have Lupus and someone I knew who also had it, died suddenly. Her death was the catalyst for me to really do something about my writing. Until that point, apart from my husband and mum, no-one knew what I’d produced. Not even my children. I decided I would publish on Kindle and see what happened. I announced it to the world in October 2011 and sold eleven books that first month! If my journey had stopped there, I would have been happy. Thankfully, though it didn’t. Two years later I published my first Regency Romance and haven’t looked back since. It hasn’t all been easy – I still learn new things on a regular basis but I love it. It does sadden me when, for example, at last year’s RNA conference a publisher announced she hadn’t signed a Regency author for the last five years. I went to her at the end (it was my first conference – I wasn’t challenging her in her session!) and explained my sales/success. She was quite dismissive, which is a real shame because there is a market out there. My success is testament to that.

I adored Enid Blyton, she gave me an escape into worlds I could only imagine. I would have actually hated to be at boarding school, but I could live those experiences while at home. I also loved Heidi, the Secret Garden and Little Women. I still have my childhood copies of those books. I also loved the Narnia series by C.S. Lewis. The stories were read over and over. I was a very shy child, I loved my books.

What advice could you give to aspiring authors?

It sounds flippant but the simplest advice would be if I can do it, anyone can. The reality is be prepared to work hard, to never stop writing/researching/looking for opportunities to advance your writing and publishing journey. Don’t expect success to happen overnight and you’ll have to work really hard to maintain that level of success, but it’s the best feeling in the world when you receive emails from people who’ve enjoyed your work. Oh, and don’t kill off a main character – readers don’t like it!! Yes, I did. No, I won’t be doing it again! 🙂

Can you tell us what you’re working on now?

I’m writing a story which is going to be linked to a group of other authors. We’ve each chosen a ‘tragic hero’ out of a number of novels and are giving them a happy ever after. Publication will be in November/December this year. I’m also working on a Christmas story and a story based on a true story from my husband’s ancestors. Told you I work on more than one!! 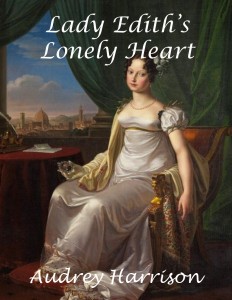