Each month we are highlighting a particular aspect of writing romance, and this month we are focusing on heroes. Here’s how our bestselling authors go about creating theirs:- 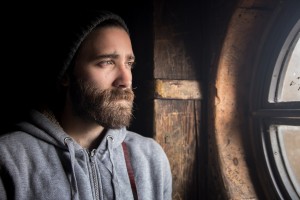 For Jill Mansell the priority is always “for my hero and heroine to have a quick wit and a sense of humour, because to me that’s always what creates the magical spark and the chemistry between them. Of course they have to be physically attractive and attracted to each other too, but I would never want to write about two dull humourless main characters, however beautiful they might be to look at. Urgh, boring!”

Dilly Court agrees – “I think a sense of humour in my heroes is a very important asset” – as does Liz Fielding, who says “my heroes have to have … the ability to laugh at himself – and the heroine when she’s being an idiot, but not unkindly. Because no matter how overbearing or aggressive he might appear on the surface, he has to be kind. And he would die for a woman he loves.”

Prue Leith writes about men who she might fall in love with herself – “clever, intellectual, kind, solid. Or extrovert, funny, good-looking, charismatic. But they need to have some faults: too quick a temper; unable to express love, wildly untidy, or something.” Dinah Jeffries also says she needs “to be a little in love with my hero, because if I’m not it’s unlikely my female lead will be. One of my aims … is to put the reader in the head of somebody else. If that somebody is my female lead, then the reader is in her head.” Barbara Erskine, on the other hand, is not “creating a deliberately romantic scenario. Romance is part of life, if you’re lucky. It either happens or it doesn’t in my books.”

“Obviously you have to care about him otherwise you can’t expect your readers to!” says Sheila O’Flanagan.“I think he has to be flawed and believable, but I never write the kind of man who has to be emotionally saved by a woman. Or indeed, a woman who has to be saved by a man. I like to think that my hero and heroine can have a solid future together.”

Elaine Everest is a fan of old movies and “will often watch a film and think, ‘Oh I can use that character’s traits/looks in my book.’”Liz Fielding goes about it in a slightly different way. “The kind of story dictates the man and his character, and then I put ‘hero inspiration’ into the Pinterest search engine and disappear down the research hole for a day, hunting for a man who looks just right.” 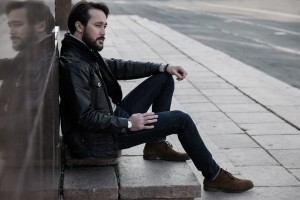 “I don’t consciously create a hero and I never know at the beginning who is going to earn that title,” says Dilly Court. “I have a definite image in mind for the important and eligible males – of course I have to be a little in love with each of them – although some turn out to be a total disappointment, as in real life!!” She believes that “good looks are a bonus, but a strong character usually wins the heart of my heroines, although, like most people, he has his flaws. Too perfect and a hero becomes boring, too much of a bad boy and he’ll end up breaking her heart. He’s never cruel to animals.” Those are sentiments Milly Johnson agrees with wholeheartedly – “Kindness always … he should never be cruel to animals (Heathcliff was and that would put me straight off a hero so I would not be responsive to his charms) – or not say thank you when someone opens a door for him (pet hate of mine that!). He has to have good values and be imperfect, make mistakes, human – otherwise he’s too off-putting.”

Milly’s method of creating a hero is to “choose his name, his job, his physique and relevant bits of his background.” She adds that “we don’t know everything about our best friends, so it’s not necessary to know everything about our characters”, but “I think it helps greatly if you are in love with him because then that allows you to climb into the skin of your heroine … he is reacting to you, so you can make him say and do all the things that would make you swoon.” Her favourite type of hero? “Tall, muscular, long hair, rugged, not stupidly handsome but very attractive – and imperfect. I like good men, but I don’t mind a reformed character … Moderation in all things. It’s all very well having a strong man, but if the heroine doesn’t want to be thrown over his shoulder, a reader’s liking for him will wane. He doesn’t cross important boundaries that aren’t meant to be crossed.” Sheila O’Flanagan agrees – “He needs to be confident and assertive, but not a narcissist. Any man ordering a woman around won’t make it into the pages of my books!”

Elaine Everest favours “an alpha make who can rescue my damsel in distress and is also a shoulder to cry on. There will always be the bad boy character who the ladies will sigh over and hope they can tame.” But “a hero must be dependable and never break a girl’s heart – if he does it is through miscommunication rather than aggression.” Liz Fielding prefers a mix: “A leader, certainly. The kind of man that other men like and trust. My sheikhs tend to be loners, more distant, usually exiles – I love my sheikhs! He doesn’t have to be handsome. A lot of my heroes have scars. He does have to have that magnetic sex appeal that makes even the most disillusioned woman go warm in all the right places.” Prue Leith feels a hero “needs to have a conscience. And he should never smoke, unless he’s going to quit, with difficulty, soon!” 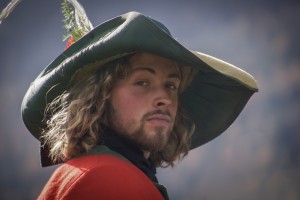 Dinah Jeffries believes the name can make a difference. “My male lead in The Tea Planter’s Wife is Lawrence. He was originally called Henry, but my editor undertook a straw poll in the office asking who would fancy a man called Henry. The result was a resounding NONE! So, I changed it.” Writing about past eras can be tricky too. “Lawrence was a colonial man in the 1920s/1930s, but I had to modernise him to some extent because men of his type back then were rather inflexible and not necessarily all that likeable. It’s a balance between reality and fiction. Somehow you arrive at a character who is passionate and relatively likeable, but also believable as a man of his times with the mindset of the times, including his attitude towards women.” Her heroes “tend to have qualities we generally admire: courage, loyalty, intelligence, sensitivity, decency.” She finds “it takes longer to achieve a fully rounded man” and sometimes she’ll “look for an image online that sums him up. We are, of course, also attracted to characters who have a bit of an edge. Dangerous or unstable characters can be really compelling.”

Writing for Harlequin Mills & Boon’s Modern Romance line, Kate Walker has to focus on the hero’s “development, emotional journey and character arc so that by the end of the book he has changed and grown emotionally from the person he was at the beginning.” She says, “I am always fascinated to see how a character can change … and that’s what I enjoy writing.” He is “the fantasy alpha male … powerful, successful, rich, sophisticated – but needs to have that vital vulnerability – a chink in his emotional armour through which the heroine can reach him. He may look to have everything anyone could want – there’s nothing in the world his powerful authority and money can’t buy – except the love of a woman strong enough to match him and show him what love really is.” And “yes, I have to love him myself – or perhaps I should say the man he becomes because the character who first appears is often … not totally appealing or sympathetic. As the reader gets to know more about the hero, she starts to understand why he is behaving in the way he does …”

For Sheila O’Flanagan, the most important characteristic for a hero is to be “empathic – if, on asking a woman what’s wrong and getting the ‘nothing’ reply, he understands that everything is wrong, he’s a keeper.” And “he shouldn’t disrespect her in any way.” Kate Walker’s heroes must have “a sense of honour – even if at the start of history, that, coupled with wrong information, had made him behave in what can appear as unsympathetic ways. If he … finds out that he has made major mistakes in his relationship with the heroine, then that sense of honour will push him to behave even more honourable to put things right – even if this can seem like being overbearing!” She feels that the reader has to “believe in the way the hero behaves, for the reasons he has as an individual – and that if he makes mistakes, he recognises them and acts to repair the damage he has done.” She adds that “the important thing is to remember that both hero and heroine are individuals – and the way they react to each other … is always appropriate to that individual.”

What are your thoughts about heroes? Please let us know and don’t forget to look out for next month’s post where we’ll discuss heroines!