In honour of the RNA’s 60th Anniversary we’re interviewing some of the many volunteers who work hard behind the scenes to keep the organisation, website and blog running smoothly. Today we’re talking to Christina Courtenay, who co-ordinates the 60th Anniversay blog post series about ‘How to Write Romance.’ 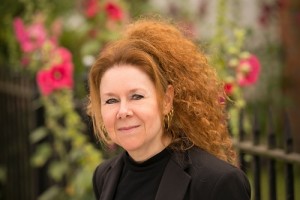 Welcome, Christina, your latest book, ECHOES OF THE RUNES  was published on 5th March 2020 by Headline. I understand it’s a Viking timeslip/dual time story. How did you decide on the names for your characters and the setting for your book?

I spend a lot of time looking for suitable names until I come across the right ones. I trawl through name books and various name sites on the internet until I find what I’m looking for. The setting was easier – because the story is about Vikings and I’m half Swedish, I had to set the historical part there. Having made a trip to the ancient trading town of Birka (in Lake Mälaren west of Stockholm), I loved the area and decided my hero had to live around there. As for the part set in the present, I’m also half English and wanted my heroine to have the same dual heritage. Therefore she ended up living in London, but having relatives in Sweden and ties to the same area as the characters from the past.

I usually write the first draft fairly quickly – in about six to eight weeks – but that’s very rough and then I have to edit it numerous times. Each book is different, and this story was one of those that had been “brewing” for a long time, so I can’t tell you exactly. I edit/rewrite until I can’t stand to look at it any longer, then it’s probably ready to be sent off!

It varies enormously. I’m the kind of person who will do something obsessively for weeks on end, then get bored and go and do something completely different for a while. So although I try to write for at least a couple of hours a day, I can go days/weeks without writing anything. If I’m really focused and enthusiastic about my WIP, I’ll write from about 10am to midday, take the dog for a walk, have lunch, then write some more. Sometimes all afternoon, interspersed with some time on social media. And if I’m really into a story, I’ll keep writing long into the night as well.

Lots of different kinds – read books, watched TV programmes, visited lots of museums (including in London, York, Stockholm, and Visby on the island of Gotland), went to the Jorvik Viking Festival, chatted to reenactors, found a PhD student to help me with words in Old Norse, learned to read runes, took hundreds of photos and bought some replica Viking items. At the Roskilde Viking ship museum in Denmark I went on a little trip in a longship and helped to row it – an amazing experience! – and at the Viking museum in Ribe, I got to sit in a reconstructed jarl’s (chieftain’s) hall and try lying down on the furs covering the sleeping benches, among other things.

Jamie Fraser from Outlander (by Diana Gabaldon), Athos from The Three Musketeers (by Alexandre Dumas), Scarlett O’Hara from Gone With the Wind (by Margaret Mitchell), John Moray from The Winter Sea (by Susanna Kearsley), Winter de Ballesteros from Shadow of the Moon (by M M Kaye) and Brother Cadfael (from the series by Ellis Peters). Perhaps I’d also invite Lord Legerwood, Freddie Standen’s father from Cotillion by Georgette Heyer – he only had a small part in the story but the few times he appeared his wicked sense of humour shone through so he intrigued me. I don’t think I would need to nominate any particular topic of conversation as these are all incredibly strong (and strong-willed!) characters who are bound to have opinions on most things. It would be fascinating to watch how they interact!

My absolute favourite was Enid Blyton, but most of the others were Swedish authors, as I grew up there. I wasn’t too fussy though – as long as I had a book of some sort to read, I was happy. But if they didn’t have a HEA I refused to read the same author ever again (still do!) 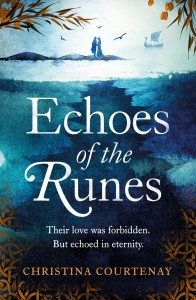 Christina Courtenay writes historical romance, time slip and time travel stories, and lives in Herefordshire (near the Welsh border). Although born in England, she has a Swedish mother and was brought up in Sweden – hence her abiding interest in the Vikings. Christina is a former chairman of the RNA and has won several awards, including the RoNA for Best Historical Romantic Novel twice with Highland Storms (2012) and The Gilded Fan (2014).  Echoes of the Runes (time slip published by Headline 5th March 2020) is her latest novel. Christina is a keen amateur genealogist and loves history and archaeology (the armchair variety).

Thank you for talking to us today, Christina.