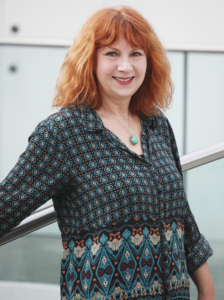 Certainly! The English Wife is a triple timeline novel, set in World War II England, Newfoundland in 2001 and Newfoundland in 2011. It follows the stories of young art student, Ellie Burgess, who falls in love with Newfoundland soldier, Thomas Parsons, when his regiment is stationed outside of Norwich in 1940, and her estranged niece, Sophie Parry, who finds herself stranding in Gander, Newfoundland when 38 international flights were diverted to the small airport on 9/11. Sophie decides to contact her aunt to find out why there had been such a fallout between Ellie and her younger sister, Dottie, all those years ago.

One Sunday in 1940, my uncle, Sergeant-Major Gus Edwards, whose Newfoundland regiment was stationed near Norwich, was invited to Sunday lunch by the local vicar. At the time my 18-year-old aunt Stephanie, the vicar’s granddaughter, was staying there with her grandparents. Stephanie and Gus met, and within a couple of years were married. She joined him in Newfoundland as a war bride after the war, and I thought this was an interesting part of history to explore.

For the contemporary story in Newfoundland, I’d heard about the international flights being stranded in Gander and Newfoundlanders taking them in, shortly after 9/11, as I was born in a nearby town, Grand Falls-Windsor, and still have relatives there. I thought this would be how I would get Ellie’s English architect niece, Sophie, to Newfoundland.

I’d always wanted to write a story set in Newfoundland, which is a place most people don’t know much about, and which I’ve always found ruggedly beautiful and inspirational on my visits there.

My first book, The Lost Letter From Morocco, took my seven years, working weekends and holidays, and The English Wife took me 6 ½ months! It was commissioned as the second of a two-book deal with Harper Colllins and I had a deadline. There’s nothing like a deadline!

I spend the month of January 2019 outlining and researching the WWII part of the story, then started to write that story at weekends and a couple of days a week (I took a few days off a week from my interior design work), finishing at the end of April. I went to Newfoundland for a month from mid-May to mid-June and stayed with various relatives as I researched locations and started writing the Newfoundland story. I finished that mid-July and sent the first draft to my editor on July 15th. I subsequently added another hundred pages in the structural edit in September.

I tend to edit as I go when I write – I reread what I’d written the day before, edit it, and then aim to write 750-1,000 words, so it’s usually quite a decent draft when I send it to my editor. I knew I needed to flesh it out in the structural edit, which I did over two intense weeks full-time in September. After that the copy edit usually takes a week maximum.

When I’m writing at home, my writing day looks like this: 1) Up, shower, yoga, breakfast, putter in the garden for ½ hour in the summertime, go through/answer emails, play Jewel Legend for 15 minutes, then around 11:30 I settle down to write on my bed (I like spreading out all my notes around me. I have a great little movable “desk” I set on a pillow on my lap, and I write until around 5:30pm straight. I don’t write at night, as my brain doesn’t function that way after 6:00pm!

When I’m travelling, I usually start writing right after breakfast, from 9:00-1:00, then use the afternoon to research.

I worked out detailed character notes for all the characters, including photos of people from the internet who I thought looked like the characters, then I did a chapter by chapter outline of a couple of sentences per chapter. I ordered some books of war bride interviews, and did a lot of research online about WWII in Norwich, war brides, the 57th (Newfoundland) Heavy Regiment in WWII, the Battle of Monte Casino… that kind of thing. I listened to historical radio broadcasts on YouTube and read a lot of first hand accounts from WWII.

I spent a long weekend visiting a friend in Norwich in February 2019 to find locations – I took a lot of photos! It really helps to visit a location if possible – you get a wonderful sense of the lay of the land, and the atmosphere of a place.

As I mentioned, I spent a month in Newfoundland in the spring of 2019 where I rented a car and drove along the northern coasts, stopping at coastal communities like Trinity, Bonavista, Eastport, Salvage, Greenspond, and Newtown (where a grand Victorian house overlooking the North Atlantic was the inspiration for Ellie’s house, Kittiwake. The fictional outport of Tippy’s Tickle is an amalgamation of many of the places I visited. The spring is also iceberg season in Newfoundland, and icebergs and whales were easy to spot all along the coast.

Get used to failure. Failure is your friend. It tells you that you weren’t quite ready.

Get better. Take courses, read a lot, read outside your genre.

I’m currently working on a novel about three English sisters set in WWI, with a timeslip to 1890s Capri, Italy. It’s about how women’s lives changed dramatically during WW1, and how they each move along their very unique paths to self-actualisation, ending up in Canada, Egypt and Italy at the end of the war. The sisters are inspired by my great-aunts, Ettie and Jessie, and my grandmother, Edith. It’s the first of a series of three books, with the second set during the Great Depression and WWII, and the final book set in 1970s Italy, the UK and Canada. 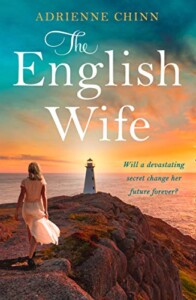 Adrienne Chinn was born in Grand Falls, Newfoundland, grew up in Quebec, and eventually made her way to London, England after a career as a journalist. In England she worked as a TV and film researcher before embarking on a career as an interior designer, lecturer, and writer. When not up a ladder or at the computer, she can usually be found rummaging through flea markets or haggling in the Marrakech souk.

My website is www.adrienne-chinn.co.uk (I’m currently putting the final touches on it and it will be live next week)

My social media links are: 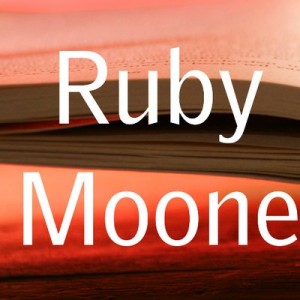 My name is Ruby Moone and I love books. All kinds of books. My weakness is for romance, and that can be any kind, but I am particularly fond of historical and paranormal. I decided to write gay romance after reading some fantastic books and falling in love with the genre, so am really thrilled to have my work published.

The day job takes up a lot of my time, but every other spare moment finds me writing or reading. I live in the north west of England with my husband who thinks that I live in two worlds. The real world and in the world in my head…he probably has a point!