Julie Stock – Starting Over at the Vineyard in Alsace

We are delighted to have Julie Stock with us today to talk about her new release, Starting Over at the Vineyard in Alsace. Julie, could you tell us a little about it?

Thanks so much for having me on the RNA blog today. My new release is called Starting Over at the Vineyard in Alsace and is book 2 in my Domaine des Montagnes series which began with The Vineyard in Alsace. This book is set on the vineyard as well and tells the story of Lottie and Thierry who we met briefly in the first book. Lottie is about to become a single mum, and Thierry is still grieving for his wife who died two years ago. So the big question is whether they can take a chance on each other, move on from their pasts and start over. 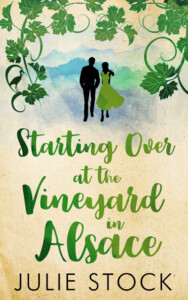 Lottie’s character was partly shaped by the fact that I wanted her to be quite different from her sister, Fran, who is the main character in the first story. Lottie has always been a bit of a wild child, travelling the world and reluctant to settle anywhere. Then she meets someone and falls in love, but doesn’t get the happy ending she was hoping for, so she’s forced to return home to face life as a single mum. I wanted to explore how her life changes because of her circumstances and how that makes her determined to be independent.

At the same time, I’d come up with the idea of a brooding winemaker, Thierry, who is haunted by the death of his wife. He and Lottie start a relationship in the first book but sparks already fly between them because he’s overprotective and she wants to fend for herself. So it was this conflict that I wanted to write about in this new release.

I always knew I would set a book in France at some point. My maternal grand-dad was born in Czechoslovakia and then moved to France during the war before meeting my English grandmother. Growing up, he gave me a love for all things French and I went on to do my degree in French, including a year abroad in Clermont-Ferrand. Some years later, I went to work for a mail-order wine merchant and was able to visit a number of French vineyards in that role. I’ve also spent many holidays in France, and particularly in Alsace, so the idea of setting a series of stories in a fictional vineyard in Alsace seemed perfect!

As Alsace has passed back and forward between French and German ownership so many times, there’s a real mix of cultures, including people’s names and place names. When I was living in France during my degree, I made friends with someone with the surname Schell and that’s how Fran and Lottie got their surname. Lottie is short for Charlotte but I thought Lottie sounded right for the character. Thierry is just a typically French name and one I thought readers would be familiar with.

When I’m writing, I like to be at my desk early and to get my words in as soon as possible. Now I write full-time, I could write all day if I wanted to but generally, I aim for about 2,000 words a day, sometimes more, which gives me a first draft in about 6 weeks or so.

I plot more with every book so I use my outline to guide me and I don’t edit, I just keep writing until I’m finished. If I’m struggling, I use the Pomodoro Technique to keep me focused and I find the growing word count in Scrivener motivates me to keep going as well.

I wrote my first novel, From Here to Nashville, when I was still working full-time as a teacher and really struggling with the workload and all the other demands of that role. For the first time in my life, I came up with an idea for a story that I then went on to write to completion. It was so cathartic as a way of escaping from my daily work life and I knew then that I wanted to keep doing it. I was lucky enough to attend a Festival of Romance that same year in Bedford where I met and talked with several members of the RNA who all encouraged me to join the New Writers’ Scheme which I did the following year.

When I was writing my first novel, I was approaching my 50th birthday, and while I would have liked to try for a traditional contract, I was also keen to get my book out by the time I turned 50. I soon realised that this was unlikely to happen with the traditional publishing approach. So I started researching self-publishing and realised pretty quickly that I had the skills to publish it myself so after the book went through the NWS, I had it professionally edited and proofread, and I asked a designer to create a book cover for me, and the book was published in February 2015, a month before my big birthday!

Since then, I’ve found that indie publishing really suits me and although I would never say never to a traditional contract, the route I’ve taken has worked out well for me.

When I give talks about my self-publishing journey, people always tell me that they’d love to write a novel but they can never find the time. I understand that feeling, but I also know from experience that in just half an hour a day, writing between 300 and 500 words, you will have a novel in about 6-9 months. I used to write my words in my lunch hour at work so my advice to anyone trying to finish that first novel is to find your half an hour a day, and then just keep going until you reach The End. 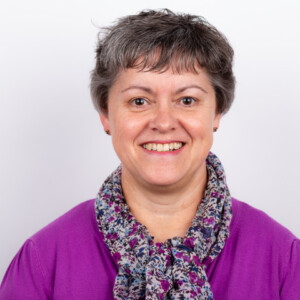 Julie Stock writes contemporary feel-good romance from around the world: novels, novellas and short stories. She published her debut novel, From Here to Nashville, in 2015, after starting to write as an escape from the demands of her day job as a teacher. Starting Over at the Vineyard in Alsace is her latest book, and the second in the Domaine des Montagnes series set on a vineyard.

Julie is now a full-time author, and loves every minute of her writing life. When not writing, she can be found reading, her favourite past-time, running, a new hobby, or cooking up a storm in the kitchen, glass of wine in hand. Julie is married and lives with her family in Bedfordshire in the UK.

Starting Over at the Vineyard in Alsace can be purchased here.

Julie’s other books are available here.

Where to keep up with Julie: 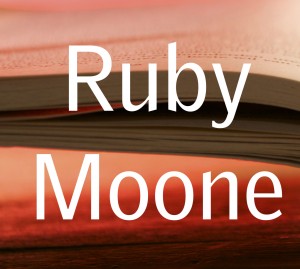