Kirsten Hesketh – Another Us 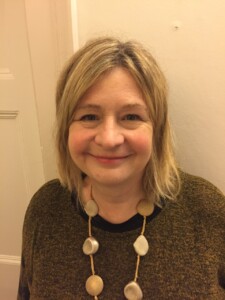 Welcome to today’s blog Kirsten. What was the inspiration behind your book? Can you tell us a little about it?

When he was ten, my fabulous son was diagnosed with mild Asperger Syndrome (a form of autism.) When he was about sixteen, I came across a statistic which suggested that eight out of ten marriages with a child on the spectrum ended before that child was sixteen. Whilst this wasn’t at all true for the families I knew in this situation – and we were ‘almost there’! – it did get me wondering how I might have felt if I had known that statistic from the ‘get-go.’ How might I have reacted? From that ‘what if?’ moment, the idea behind Another Us was born.

The names for my characters are just names I like. I’d love to be called Emma; everyone knows how to spell and to pronounce it – unlike my own name!

The setting for my book is a fictional town called Hambley which is suspiciously similar to my own home town of Henley on Thames. I wanted somewhere that could really be anywhere within striking distance of London but –  for the purposes of the story, it needed to be big enough to have its own trampoline park!!

Another Us is the first book I’ve ever written and I must admit to making every mistake in the book. For a start, I didn’t plan at all – I just got stuck straight in and started writing. To begin with it was easy –  I dashed off the first two thirds of the book in a few months – but then I ground to a sticky halt. I had no idea what was going to happen next or even what story I was trying to write. Was it parenting a child with Aspergers? Playground politics? A marriage under pressure? A journey of self-discovery? Whilst there are elements of all of these in Another Us, it was only when I worked out what the heart of the story was that I could finish the first draft. Then I started redrafting and rewriting with help from the RNA New Writers’ Scheme. Overall, I’d say the book took about three years to write and four drafts before I started submitting it to agents

It depends! I used to fit writing around my day job and when I felt suitably inspired and so days  – and even weeks – could go by without me writing a single word. Now that I am writing to a deadline, things are different of course. I try to stick to office hours but I am a terrible procrastinator and waste far too much time on Twitter. And I am at my most creative between about 5pm and 8pm for some reason if I’m cracking out a first draft, I do like to settle down with lots of tea and the radio on then. It’s harder during lockdown as my son is home from uni and my daughter’s A levels have been cancelled so we are all in the house together and fighting over the office!

I wanted to be an author when I was a child and I wrote some terrible adventure stories. Then I did nothing. For decades and decades! I work in marketing and I set up my own consultancy and during one of the downturns I was complaining how quiet I was and one of my best friends called me out on it. ‘You’ve always said you wanted to write a novel,’ she said. ‘And now’s the time to get your act together and actually do it.’ That was scary, but I joined an online writing group and started writing. The first page, the first chapter …

I loved Lynne Reid Banks (My Darling Villain) and K. M Peyton (Flambards), Beverly Cleary (Fifteen). Looking back, all were about teenage girls coming of age and finding their place in their world – whether that world be 1970s London, 1910s Kent or 1950s California. I adored them all. 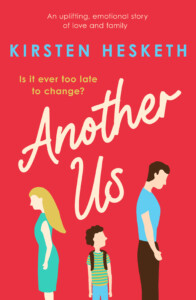 Kirsten has a background in advertising and now runs her own consultancy specialising in psychological interviewing and focus groups. Over the past 25 years, she has interviewed the Great British public on everything from Rolos to razors.

Married with a teenage son, daughter and two exceptionally fluffy moggies, Kirsten is also a keen amateur archaeologist and loves to spend her weekends hacking through the mud on a local Roman dig. She is also a staunch supporter of Wycombe Wanderers – especially when they are winning!