Vampires exist in secret. The malevolent of their kind exploit their powers to terrible ends and a league of benevolent vampires works covertly against them. Amber Ridley is unique as the only human on that team. She’s an ‘Impervious’, and immune to vampire attack. However, is Amber impervious to love?

“I am delighted to be in the running for this award alongside other fantastic authors. I’m also extremely grateful for the Romantic Novelists’ Association’s amazing New Writers’ Scheme which gives us all such an amazing opportunity.”

Zoe is a medic who writes romance in her spare time as a means to create the happy endings that real life often doesn’t provide.

Her Mother’s Secret – The Summer of ’69, Jan Baynham, Ruby Fiction

When Alexandra inherits Elin’s diary after her death, she is shocked to discover a part of her mother’s life she knew nothing about. Why had Elin kept her summer in Greece a secret? Compelled to visit the same island, will Alexandra uncover what really happened in that summer of ’69?

“When I started writing short stories, I never thought I’d be able to write a novel. After I’d accomplished that, I never in a million years thought I’d be published, so to be a contender for the Joan Hessayon Award 2020 is beyond my wildest dreams. Without the RNA and so much support from other authors, I would not be here. Thank you. Good luck to my fellow contenders, too.“

I love family secrets and finding skeletons that lurk in cupboards. When I decided my main character was an artist with a well-hidden secret, I knew exactly where I wanted to set her story. As a Grecophile (is there such a word?), the colours of the sea and flowers, together with the warmth of the people, would be perfect for an artist’s travels and it would involve more Greek holidays for me for the purposes of research! 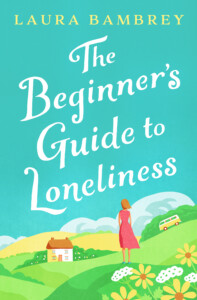 The Beginner’s Guide to Loneliness, Laura Bambrey, Simon and Schuster / Books and the City / Digital Originals

When Tori is offered a reviewer’s spot on a wellbeing retreat, she’s worried that she’ll have to share too much of herself. But as The Farm weaves its magic, she soon realises that opening up isn’t the worst thing in the world. And sharing a yurt with Bay definitely isn’t!

“Being shortlisted for the Joan Hessayon award, along with so many other fabulous debuts, is such an honour. I can’t thank the RNA enough for their support.”

I’ve been a book blogger for about a decade now – writing about and reviewing books from a range of genres – but mainly commercial women’s fiction. All this time, I’ve dreamt of writing my own books. 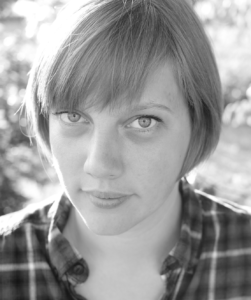 At the beginning of 2019, I finally decided to take that dream seriously. I sat down to spend time with Tori, a character who’d been pottering around my head for quite a while. Tori slowly started to open up and share her story with me. As her mad cast of supporting characters appeared one after the other, Tori’s story quickly became The Beginner’s Guide To Loneliness.

I was only half way through writing it when I spotted Books and The City’s #DigitalOriginals #OneDay open submission day. I’d promised myself that I would do everything in my power to take my writing seriously, so on the 15th of July 2019, I crossed my fingers and hit “send” on my submission.

Whilst writing, I did a lot of research into loneliness, anxiety and phobias – little thinking that lockdown and Covid would come along to make these issues far more prevalent. I found the Mind.Org website to be an incredible source of information and support for those who might be seeking it.

I’ve spent years collecting stories and characters via a range of weird and wonderful jobs. Trapeze choreographer, sculpture conservator and stilt walker have been some of my favourites. I spent almost a decade blogging about women’s fiction both on my own site and as guest blogger for a range of other sites. I reviewed and gossiped about every book I could cram in. This genre isn’t just a fling for me – it’s a full-blown, long-term love affair.

I’m keen to mix the grittier bits that life throws at you with the romance and humour that make life worth living … but I’ll always make sure my heroine gets her happy ever after in the end. 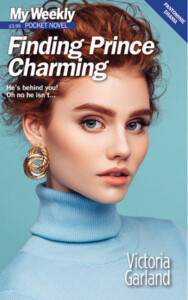 After a disastrous first night, Ella abandons London’s West End for the Highlands. Her plans to lie low are foiled when she’s asked to save the village panto. With an old flame in the wings and a Hollywood star setting her pulse racing, Ella finds more than she bargained for.

“I’m absolutely thrilled to be shortlisted for the Joan Hessayon Award! Joining the RNA New Writers’ Scheme was the best thing I ever did. I had such a lot of fun writing Finding Prince Charming and have made a lot of friends along the way.” 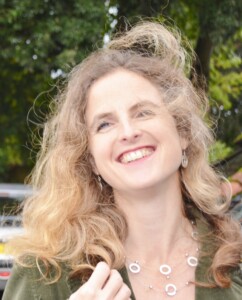 I was born in Scotland and still have a close affinity for all things Scottish. The inspiration for the story was a throwaway comment made by a work colleague many years ago. Her parents lived next door to Ewan McGregor’s and she told us how he always took their rubbish out when he was staying with them. I loved the idea of a Hollywood movie star who still had his feet firmly on the ground, so he became the hero in Finding Prince Charming.

Amy Fletcher and Edmond Derwent fall in love as World War I breaks out. When Edmond becomes an officer, Amy trains as a nurse, but even when she is sent to France, finding opportunities to meet is a challenge. Only their love enables them to survive the struggles ahead.

The RNA New Writer’s scheme is a brilliant way of having your work critiqued by a professional writer. It’s thrilling when that leads to publication!

The centenary of World War I reminded me of the heroism of the men and women from that era. I’ve a great respect for the Suffragettes, too.