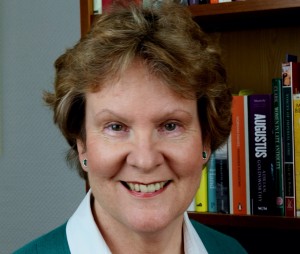 Flirting with romance or serious relationship?

I joined the Romantic Novelists’ Association because it embraced every type and sub-genre of romance and romantic fiction, from the sweet, inspirational, gritty contemporary through gay romance and historical to high epic adventure.

Of course, there are pert misses and stubborn dukes as well as modern fairy-tale romances, but also urban and paranormal, spy stories, tough women coping with harsh dilemmas whether in the Lancashire mills, as emigrants or in modern life with its multiple juggling acts.  But there’s always a girl/boy meets girl/boy, a strong emotional relationship that somehow makes it through all the problems and leads to a happy ending or at least a ‘happy/hopeful for now’ ending.

But what about stories that really belong to another genre such as thrillers or crime where the main, er, thrust is a conspiracy, whodunnit or psychological drama? At one end of the scale, the romantic element is almost superficial; at the other end, the story is a full-blown romantic suspense where the thriller element can be subservient to the love story. Nesting in the middle are stories where the two elements twist round each other and neither can work independently of the other.

The essential conflict of crime and thrillers mostly reflecting external events seems irreconcilable with romance where the internal world of feelings is often more important. But this conflict is a gift for a writer. Both have similarities in the framework and essential elements. Both need conflict and tension between characters and environment, a black moment and high point in tension at around seven-eighths of the way through making a double climax of emotion and plot. Winding the decisive point in the relationship into the crucial make-or-break moment of the conspiracy gives the reader no chance to doze off even at 2.a.m.

As in the real world, human relationships in novels are at the heart of the characters’ actions; they drive the plot. Self-empowerment, betrayal, conspiracy, breakdown and a race against time wouldn’t be anywhere near as gripping for readers if there was no fundamental emotional connection. Take a look at J D Robb (Nora Roberts)’s detective series featuring Eve Dallas. While the plots grip you and sharp, succinct dialogue blows you away, where would the stories be without the (sometimes steamy) relationship between Eve and the enigmatic and incredibly sexy Roarke?

Crime and thrillers occupy harsher environments which gives the writer plenty of room for fights, chases, conspiracies and life and death decisions. Romance under these circumstances can be more a matter of instant loss and lengthy regret, snap decisions to take risks, snatched moments of personal connection. My own series of nine books are bound together by epic love stories as well as betrayal, conspiracy and high courage.

Mixed-genre fiction has the huge advantage of potentially reaching more readers by appealing to multiple audiences and readers who might never have picked up a single themed book in the other genre.

Excluding an emotional relationship from the most intense thriller can make it seem a series of continuous bashes-and-crashes. Allowing time for the characters to explore their fears and reactions, and their anticipation about what could happen next, enriches the story and brings in emotional rather than mere physical punch.

When you integrate other genres, keep an eye out for their conventions or you’ll annoy readers who know those genres well. Raised stakes and drama, dynamic speech and body language as well as technical details create a vivid picture in thrillers.

However alien or unfamiliar the setting, the core emotional relationship must resonate with readers and link with their own actual or wished-for experiences. They have to root for the heroine and hero, flinch with them and celebrate with them. Readers want to smile and sigh at the heroine and hero’s tender moments and agonise when they argue or misunderstand each other as well as feel satisfied by a strong plot resolution.

The permissions, social attitudes and constraints of the crime or thriller environment should make additional trouble for characters and their relationship. Personal proximity and a conflict worth fighting for in a strange or difficult situation can spark antipathy or attraction – probably both!

Crime and thriller fiction is often stigmatised for having rather flat characters who are only there to populate a fabulously clever plot, but by adding a strong relationship or potential relationship, you can bring many layers and dimensions into the writing which result in a richer and more satisfying read.

So I’m holding it up for the inherent romantic relationship in crime and thrillers. The joy of the RNA is that mixed genres can sit happily side-by-side under its umbrella. And that’s why I’m still enjoying my RNA membership ten years after I wrote that first thriller when sparky Carina met the incredibly sexy but vulnerable special forces officer Conrad… 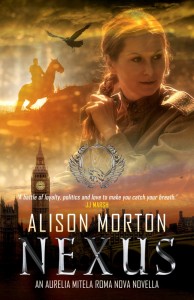 A favour for a friend or a bullet in the heart?

Aurelia Mitela is serving as Roma Nova’s ambassador in London. But a spate of high-level killings wrenches her away from helping a friend into leading a pan-European investigation. Badly beaten in Rome as a warning, she is devastated when the killers kidnap her life’s love, Miklós, and send an ultimatum: Back off or he’ll die.

But Aurelia is a Roma Novan and they never give up…

Set in the mid 1970s between AURELIA and INSURRECTIO in the Aurelia Mitela Roma Nova adventures, this novella gives you a glimpse into Aurelia’s early diplomatic life and her role as intelligence agent.

Alison Morton writes the award-winning Roma Nova series featuring modern Praetorian heroines – “intelligent adventure thrillers with heart.” She puts this down to her deep love of Roman history, six years’ military service, a masters’ in history and an over-vivid imagination. She blogs, reads, cultivates a Roman herb garden and drinks wine in France with her husband.

Alison is delighted to have been the first Independent Member on the RNA.

All six full-length Roma Nova novels have been awarded the BRAG Medallion. SUCCESSIO, AURELIA and INSURRECTIO were selected as Historical Novel Society’s Indie Editor’s Choices.  AURELIA was a finalist in the 2016 HNS Indie Award. SUCCESSIO was selected as an Editor’s Choice in The Bookseller. Novellas CARINA and NEXUS and a collection of short stories – ROMA NOVA EXTRA – complete the series so far.

Connect with Alison on her Roma Nova site: https://alison-morton.com