In honour of the RNA’s 60th Anniversary we’re interviewing some of the many volunteers who work hard behind the scenes to keep the organisation, website and blog running smoothly. Today, Sheila Riley, who  deals with New Releases by RNA members, is in the Hot Seat. Can you tell us a bit more about your role please, Sheila? 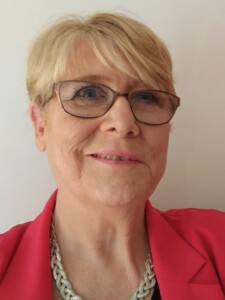 Hello there, my role in the RNA entails a shout out at the beginning of every month and to collect the New Releases until the 27th, when I then put the list onto the RNA blog and I love every minute. I then send the list to the Library Liaison officer who sends the brochure of New Releases to libraries across the country. The libraries have expressed a positive view of the monthly list and it is a brilliant way of getting our books noticed.

I understant that your new release, The Mersey Girls, will be out on 18th August 2020. What was the inspiration behind your book? Can you tell us a little about it?

The Mersey Girls is the second novel in the Reckoner’s Row series and follows the lives of a close-knit Mersey dockside community.  I lived in a similar street when I was younger and although nobody was well off, everybody pitched in to help anybody less fortunate. That sense of community, and ‘we’re all in it together’, has had a renaissance in the past few months, I feel. Long may it continue.

I know people and places like those in Reckoner’s Row from my early childhood – people who knew generations of the same families from cradle to grave. Names seem to pop into my head unbidden. There are many times a name comes fully formed as a character in my story. And although some writers feel it is important to spend a lot of time on character biographies – I scribble a few lines: birthdays, eye and hair colour, etc. If I can’t think of a suitable name for a character, they don’t belong in my story. The quicker the name comes to me, the more important their role.

The time varies. It also depends on what else is going on in my life. For instance, The Mersey Girls took longer from beginning to end than I expected, because my son was ill – thankfully, he is now on the mend. I edit as I go, but sometimes something happens in the story that takes me by surprise – I love it when that happens – and I have to make sure I tie everything else in.

I go over the writing I did the day before and do any editing that needs doing. Depending on how the story is going, I will write until I am wrung out or I will research for inspiration.

The End. Because I have to leave this wonderful world I have created and tackle the pile of ironing that has somehow grown into a mini mountain of creased fabric.

I have lots of books on the subjects I write about, which tells me about things I would not be privy to. I especially loved researching about post-war cruising for Grace Harris’s story. The dazzling glamour of dressing for dinner or cocktails after the drabness of war.

The Mersey Girls research took me to the heat of the Caribbean, the hustle and bustle of New York. Then it took me to the post-war village fete, and the fictional Netherford Horse Show was born.

I always made up stories for amusement. I used to make little books from pages torn from my ‘rough’ notebook, cutting the page into four and doubling them to make little pages of a book, then put my name on the front cover, imagining what it must be like to be a published author – some girls dream of being film stars or tv celebs, I wanted to write stories.

I joined the R.N.A. New Writer’s Scheme around 2004, but did not submit any of my writing for a few years. There were so many famous, well-established authors, who were so knowledgeable about the literary world, I didn’t dare join in conversations on Romna, the cyber chapter. But eventually, I plucked up the courage to submit to the New Writer’s Scheme and was both shocked and excited when the reader told me she liked things in my story – but I needed to hone my craft.  So I bought loads of how-to books and studied them and my next story, a saga went on for a second read. I was so thrilled I can’t tell you. Especially as only 5% of submissions deemed good enough would then go on for a second read. I can still feel the exhilaration, even now.

I would invite Holly Golightly, the single somewhat naïve heroine of Truman Capote’s Breakfast at Tiffany’s, who was a romantic and a dreamer. In the novella, published in 1958, her quest was the pursuit of perfect love, which had eluded her – as opposed to the 1960s Audrey Hepburn film version when she got her man – I would ask her if she ever found the elusive intimacy she longed for.

Enid Blyton’s Malory Towers series were a favourite of mine, but when I was younger, Aesop’s Fables and Rudyard Kipling’s Just-So Stories, eagerly expected bedtime tales. Narrated by either parent, they created a special security and contentment, which was the inspiration for sweet dreams.

Any of Charles Dickens novels! He created the best-loved, and  the most reviled characters who are still recognisable today. Regarded as the greatest novelist of his time, I love the unusual names he invented and the truth behind his novels, which, at their core were very dark because Dickens had seen life from both ends of the social spectrum, from dirt poor to well-off, making his stories so authentic.

Be bold. Be brave. Travel more.

I’m working on my third Reckoner’s Row novel, and other projects which I won’t talk about at the moment, so that should keep me out of mischief. 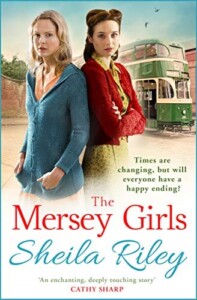 Sheila Riley’s Reckoner’s Row saga series (Boldwood Books, 2020) is set around the Liverpool dockside in the aftermath of World War II, and focuses on the trials and tribulations of the close-knit community. Family laughter and  tears – but most of all love – are at the heartbeat of Sheila’s tales of this close-knit Northern community. The first title, The Mersey Orphan, is out now. The Mersey Girls is out on 18th August 2020.

Sheila set her gritty sagas around the River Mersey and its docklands. Born in Southport and raised near the river, she was a hairdresser for over thirty years, before her love of writing encouraged her to put away her scissors and take up a pen.