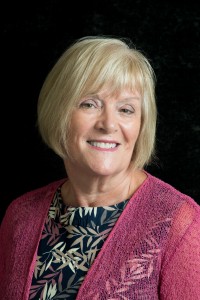 I have always been fascinated by long-held family secrets and skeletons lurking in cupboards. Many years ago, I was told of one such secret that only came to light when someone I knew was applying to go to college. Her Sister’s Secret was inspired by her story that has always stayed with me. The ‘what ifs?’ began and I wondered how the girl felt when she found out. How would she react? What would she think about the people who had kept her in the dark for almost eighteen years? As with all my novels, I wanted it to tell two stories so that I could explore that special bond between mothers and daughters and how the actions and decisions of one impact on the other. In 1966, my character, Jennifer Howells, reacts badly to finding out that, in her eyes, she has been living a lie. At first, she rebels and becomes a wild child unrecognised by her parents. She puts her life on hold until she endeavours to find answers and heal the wounds that fractured her family back in 1947. Having lived all her life in rural mid-Wales, Jen’s journey to find the truth takes her first to the city of Cardiff and then to Sicily.

I was very conscious that when I chose the Christian names for my characters they had to be ‘of the era’. Rose was my grandmother’s name and, like my Rose, for a time she worked in the kitchens of the large house on which I’ve based Greystone Hall. Rose was the name of my main character from the beginning, as was her aunt’s, Edie, short for Edith. Jennifer started out as Clara, then Angie until I settled on Jennifer after looking at lists of popular names in 1946. I wanted the family names to have their origins in Wales and Howells is quite a common Welsh surname. I’ve also included a good smattering of Evanses, Joneses, Thomases and Morgans. With the Italian names, it was more difficult, so I looked up the popularity of both Christian names in the nineteen forties as well as common family names. Why did I set my story in Wales? One of my characters was going to be a Prisoner of War and close to where I grew up, there was a PoW camp, Greenfield Farm Camp 48, where at some time during the war Italian soldiers were housed. Therefore, it seemed fitting to set my novel in rural Radnorshire, an area of mid-Wales I know well. I wanted my Italian character, Marco, to come from Sicily where Rose’s brother had been killed in the battle of Messina in 1943. Both the Welsh and the Sicilian settings are purely fictional but are based on a mix of actual areas.

Quite a lot of research was needed before I could start writing the book and then as I got further into the story, I would leave myself comments to find out more about a certain aspect I was writing about. These included Black Market dealings, how the Prisoners of War were viewed by the local community, their work on the farms, the role of women and attitudes to illegitimacy. Although it is now a tourist attraction, a visit to Abbey-cwm-hir Hall gave me an idea of the kitchens and grounds where Rose spent so much of her time working and a walk through the village helped me visualise the layout of fictional Pontcarreg. To write Jen’s story, I researched travel in the 1960s, drug taking, leather factories, Italian family life and foods that were specialities in Sicily.

I must have read all of Enid Blyton’s Famous Five and Secret Seven series. I can also remember loving Louisa May Alcott’s Little Women. The character of Jo appealed to me and I admired her wanting to be so independent at a time when it must have been more difficult for young women than it is today. Who knows? Maybe her passion for writing may have struck a chord all those years ago even though I didn’t know it at the time and was such a later starter.

For me, one book stands out. I’d love to have written Letters to the Lost by Iona Grey, and to be able to create a story that leaves a lasting impression on my readers as she does. Cleverly crafted, the novel time-slips seamlessly between two love stories, one in modern London between Jess and Will and the other in the WW2 love affair of Stella and Dan. The author creates real characters for us to care about. As a reader, you feel their emotions and experience their highs and lows.  A compelling story of love and loss, it kept me turning the pages to the end. I was still thinking about the characters long after I’d finished reading. How I’d love to be able to do that!

My contract with Ruby Fiction is for three books. My third novel is planned and some of its themes have been researched. I am now at the stage where I’m writing the first draft, making notes in the margin as I go along, and I’m about a third of the way through. It’s another dual narrative, one story set in 1940 at the beginning of the war and the other in 1960. It again explores a mother daughter relationship and there is a deeply held secret at its heart. Set mainly in rural Wales, the contrasting area in this novel is Northern France. Themes include social class, forbidden love and rules of inheritance. I’m enjoying sitting down and creating Annie and Clara’s stories. Hopefully, a planned research trip to Normandy and Brittany will take place once COVID allows.

After retiring from a career in teaching and advisory education, Jan joined a small writing group in a local library where she wrote her first piece of fiction.  From then on, she was hooked! She soon went on to take a writing class at the local university and began to submit short stories for publication to a wider audience. Her stories and flash fiction pieces have been longlisted and shortlisted in competitions and several appear in anthologies both online and in print. In October 2019, her first collection of stories was published.  Her stories started getting longer and longer so that, following a novel writing course, she began to write her first full-length novel. She loves being able to explore her characters in further depth and delve into their stories. Her debut novel, Her Mother’s Secret was published in April, 2020.

Originally from mid-Wales, Jan lives in Cardiff with her husband. Having joined the Romantic Novelists’ Association in 2016, she values the friendship and support from other members and regularly attends conferences, workshops, talks and get togethers. She is co-organiser of her local RNA Chapter, Cariad. 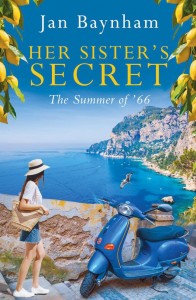